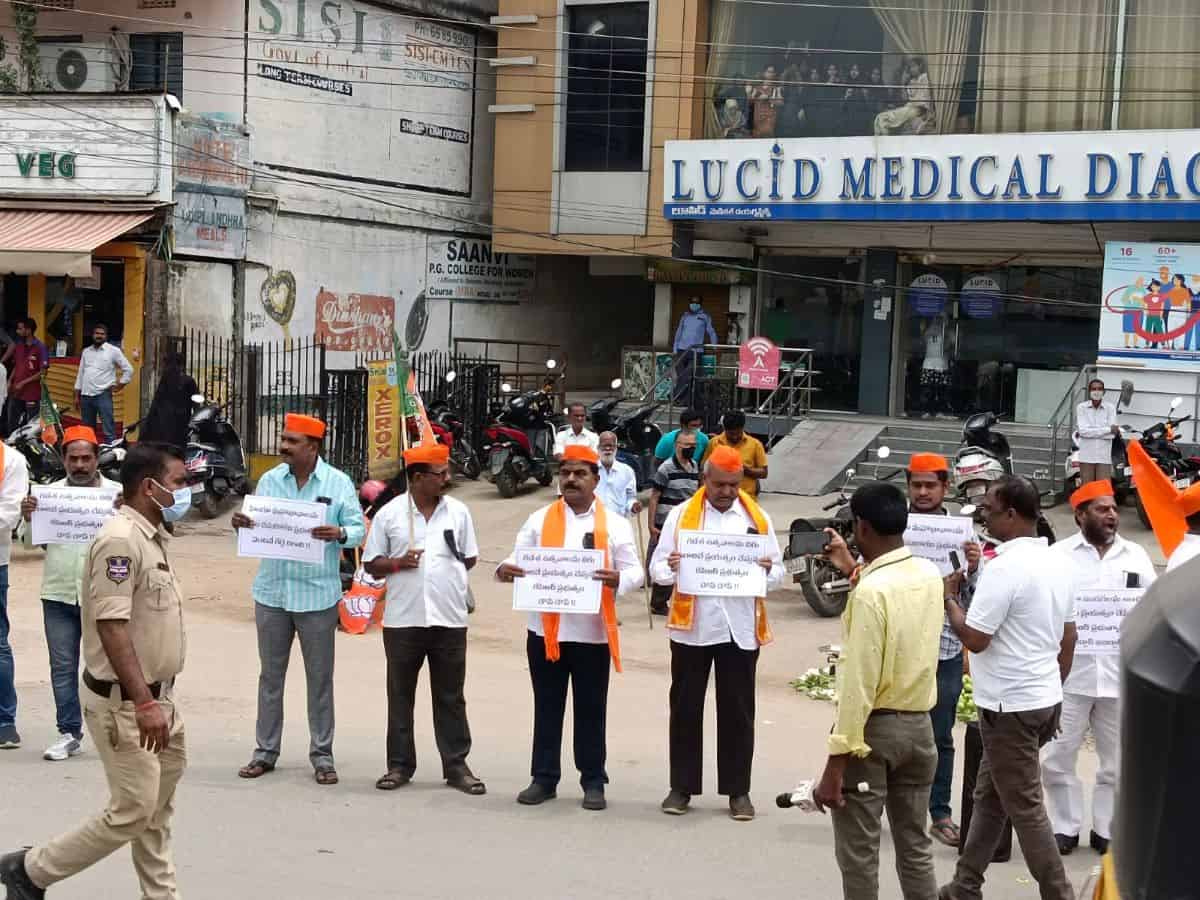 Hyderabad: Following a call made by the Bhagyanagar Ganesh Utsav committee to undertake a ‘Rasta Roko’ programme here several people staged dharnas at various places here on Wednesday. The organisation gave the call due to the alleged failure of the state government in making arrangements for Ganesh idol immersions in the Hussain Sagar.

At many places, the Hyderabad police took protestors into custody and shifted them to police stations. The dharna was held at IS Sadan, Santoshnagar, Nagul Chinta and at a few other places in the city. Bhagyanagar Ganesh Utsav Committee general secretary Dr. Bhagvanth Rao and other members had been also holding their dharna at the office at Siddiamber Bazaar since Tuesday.

BJP State president Bandi Sanjay had also given a call to the party workers to stage a protest at their local constituency level to protest against the “inaction” of the Telangana government in arranging facilities for Ganesh idol immersions.

The state government, citing an order from the Telangana High Court, ordered a ban of Plaster of Paris idols in the Hussain Sagar. However, it is allowing the PoP idols to be immersed in 31 lakes and artificial ponds in Hyderabad.

Although the police has made arrangements in and around Tank Bund to prevent immersion in it, a large group of people stormed the area and staged a ‘Rasta Roko’ protest.

The protest was held by members of the Bhagyanagar Ganesh Utsav Samithi. Under the leadership of its secretary Bhagavanth Rao, its members reached Hussain Sagar in large numbers since the samithi had given a call for a bike rally against the state government’s ‘failure’ in seeking a nod for immersion at Tank Bund.

The central zone police foiled the Bhagyanagar Ganesh Utsav Samithi’s attempt and prevented them from taking out a bike rally on Tuesday. Many protestors were taken into custody and shifted to various police stations.