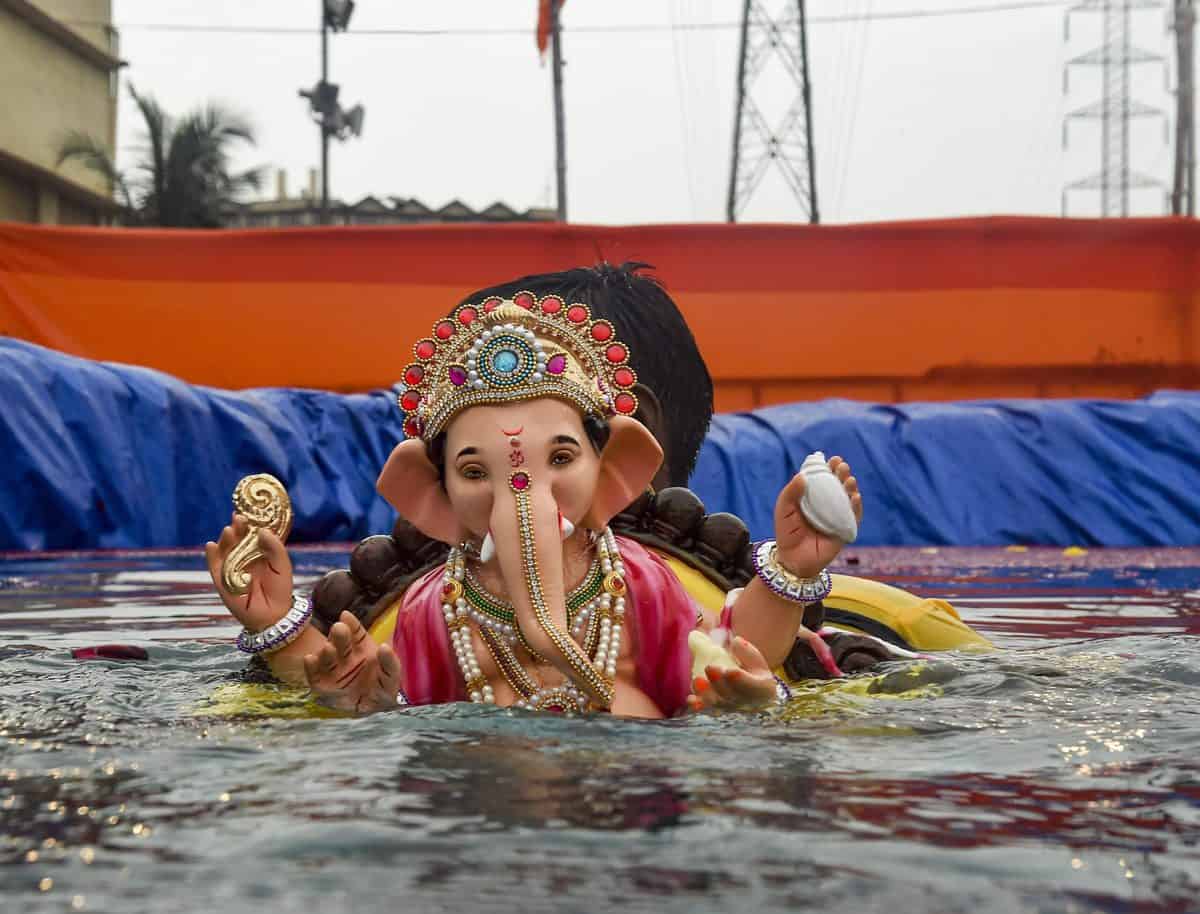 Hyderabad: The Bhagyanagar Ganesh Utsav Samithi here on Saturday questioned the validity of the Telangana high court’s judgement preventing immersion of Ganesh idols made of PoP into the Hussain Sagar which take place every year during Vinayaka Chaturthi.

At a press conference on Saturday, members of the Bhagyanagar Ganesh Utsav Samithi quoted an earlier high court judgement from 2001, wherein a report by the Environmental Pollution and Training ResearchInstitute was produced.

Dr. Bhagvanth Rao from the BGUS claimed that the report shows there is no difference in the water quality even 60 days after the immersion of PoP idols.

The BGUS further called the current high court judgement a violation of right to freedom of religion.

“The court had no business intervening in how religious practices are to be carried out,” said Dr. Rao.

When asked about the gathering of crowds for the Ganesh festival, BGUS members remarked that they are currently educating people to follow all COVID-19 protocols.

Finally, they found fault with the state government for not putting forth evidence given by CPCB and the water works department in explaining to the court why the idols don’t pollute water.

The meeting concluded with the BGUS demanding the state government to file a review petition to ensure that “Hindu sentiments” are protected and the festival is carried out in keeping with the traditions in place.

On Thursday September 9 , the Telangana High Court ruled against the immersion ofGanesh Idols made ofg Plaster of Paris . PoP idols cannot be immersed in any of the lakes, except the The Hussai Sagar Lake and few designated Ponds as per the GHMC.

For this year, they will be allowed to be sold because officials have failed to implement the Central Pollution Control Board norms in this regard and any forcible banning of them at the last minute will adversely affect the livelihoods of poor idol makers,” said a bench of Acting Chief Justice M S Ramachandra Rao and Justice T Vinod Kumar in a contempt case filed by advocate Mamidi Venu Madhav who expressed serious concern over the ill-effects of PoP idols and their immersion in Hussainsagar, as reported by Times of India.