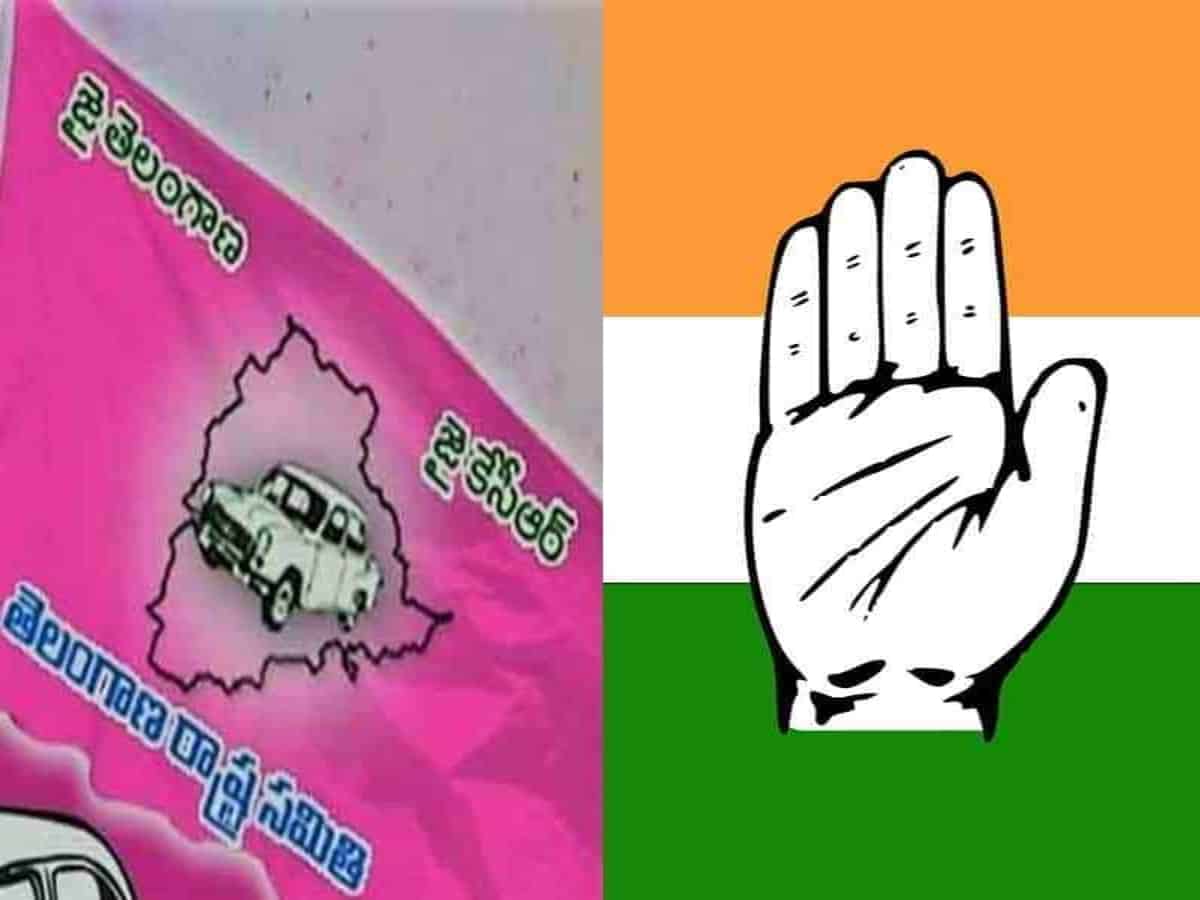 Hyderabad: Allegations of land grabbing made against Telangana minister Malla Reddy by state Congress chief A. Revanth Reddy has triggered a bitter war of words with the minister using some abusive words and challenging gestures to hit back at Revanth Reddy.

Labour minister Malla Reddy’s action not only evoked strong protest from the Congress, but also from others, who demanded his resignation.

A group of Congress workers gathered outside the minister’s house at Bowenpally in Secunderabad on Thursday. They raised slogans against the minister and demanded his apology for using vulgar language and gesture against Revanth Reddy. However, the police detained the protesters and shifted them to a police station.

The Congress workers also staged protest at other places to condemn Malla Reddy’s abusive attack on their leader. They also set his effigy on fire.

Kumar, who recently took voluntary retirement from the Indian Police Service (IPS) to join politics, wanted to know if this is what Malla Reddy is teaching to the students of his colleges. “What culture this minister wants to teach the the young generation,” he asked.

Malla Reddy runs a group of educational institutions, including a private university, an engineering college and a medical college.

While reacting to the allegations levelled by Telangana Pradesh Congress Committee (TPCC) chief Revanth Reddy at a public meeting on Wednesday that Malla Reddy has encroached lands at several places, the minister launched a bitter counter attack and used some abusive words and gestures, challenging the Congress leader to prove his allegation or resign from the Parliament.

Continuing his attack on Revanth Reddy on Thursday, Malla Reddy said he is ready to resign if the Congress MP proves his allegations.

“If he fails to prove his allegations, he should resign as MP and seek a fresh mandate,” the minister said.

Malla Reddy is the second leader from the ruling Telangana Rashtra Samithi (TRS) to use abusive words in recent days against their political opponents. TRS MLA from Malkajgiri, Mynampally Hanumantha Rao, had launched a similar attack on BJP state president Bandi Sanjay on August 15.

Hanumantha Rao had used foul language while reacting to certain remarks made by the BJP leader after the MLA’s supporters roughed up a BJP corporator.