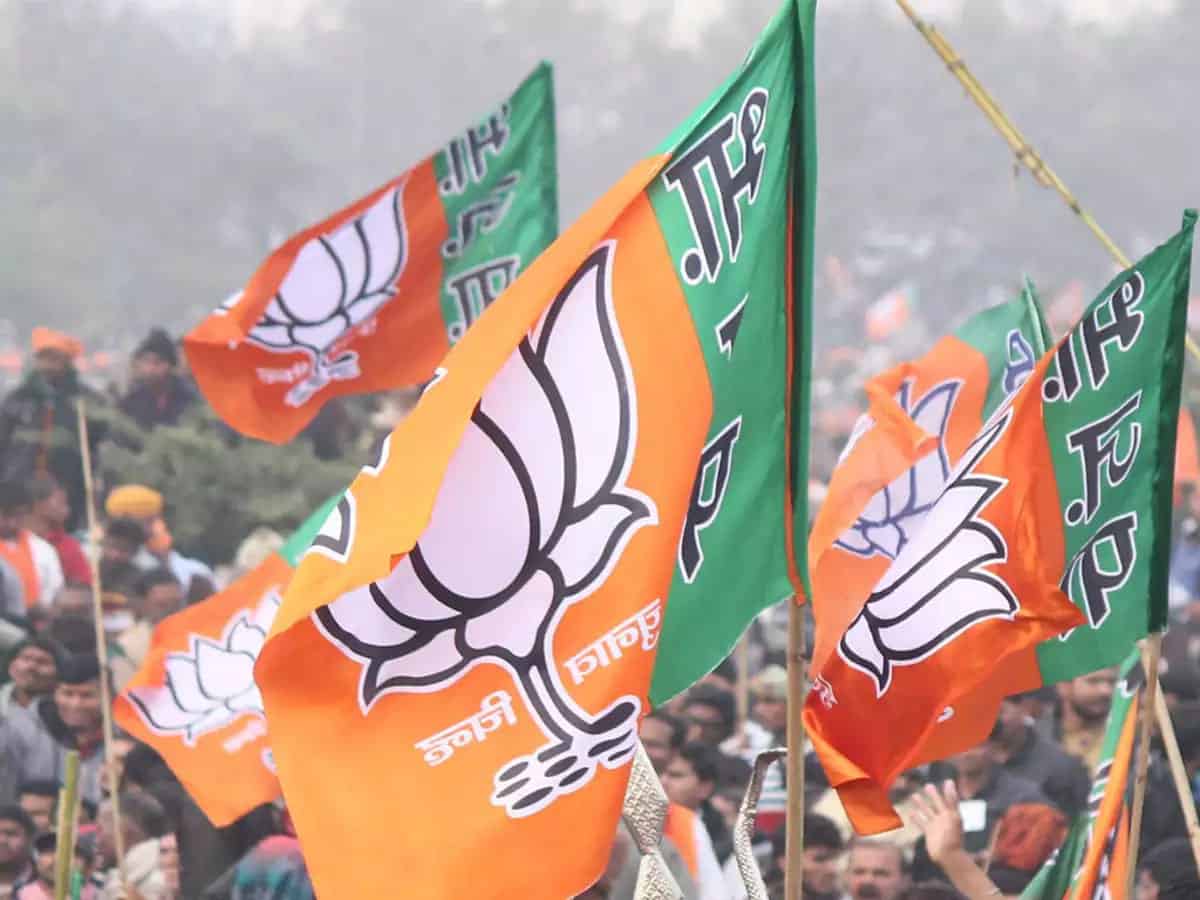 Police said the cases were registered on the complaint lodged by GHMC officials.

While 10 corporators were booked at Saifabad police station on Tuesday, cases against 22 others were registered on Wednesday.

A police official said action against BJP workers involved will be taken after scanning the CCTV footage.

“Some thugs & hooligans of BJP in Hyderabad have vandalized the GHMC office yesterday. I strongly condemn this atrocious behavior,” tweeted Rama Rao, who is also the Working President of the Telangana Rashtra Samithi (TRS).

“Guess it’s too much to ask Godse Bhakts to behave in a Gandhian manner,” he wrote.

He requested Hyderabad Police Commissioner to take the strictest action on the vandals as per law.

The BJP corporators and activists on Tuesday barged into Mayor Vijaya Lakshmi Gadwal’s chamber at GHMC head office and staged a sit-in protest demanding the holding of council meetings and release of funds.

They broke flower pots, damaged furniture, spray-painted signboards, and tied a saffron ‘kanduva’ to the mayor’s chair. However, the mayor was not at her office when the incident happened.

The TRS corporators on Wednesday cleaned GHMC head office premises with milk and condemned the vandalism by BJP corporators and workers. They submitted a memorandum to the Mayor, urging her to disqualify the corporators involved in damaging the public property.

The ruling party leaders alleged that the BJP corporators tried to tarnish the image of Hyderabad. They said the action of the saffron party is highly condemnable and claimed that the government is working sincerely to develop Hyderabad as a world-class city.

The Mayor slammed the BJP for Tuesday’s incidents. She wondered if BJP leaders were teaching goondaism to their cadres. She said if BJP corporators had any issue, they can bring the same to her notice but vandalism will not be allowed.

State minister T. Srinivas Yadav said for the first time in 30 years he saw elected public representatives resorting to this kind of activity.

Sanjay stated that the BJP corporators were justified over concerns that the GHMC standing council meeting was not held and that the council was chosen unilaterally.