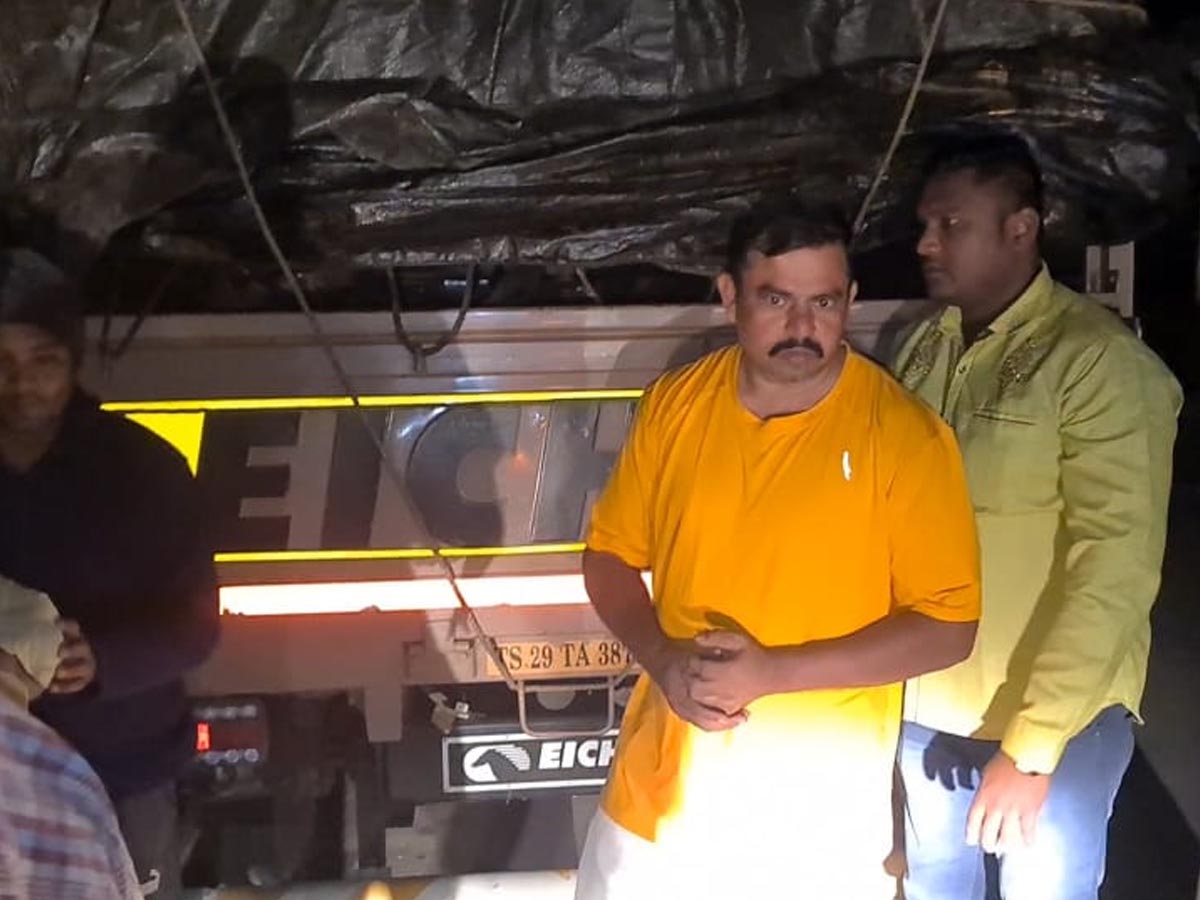 Hyderabad: A group of ‘cow protectors, led by Bharatiya Janata Party (BJP) MLA from Goshamahal T Raja Singh, in the wee hours of Tuesday, stopped a truck for allegedly transporting 33 cows and calves for “slaughtering” at Choutuppal highway in the outskirts of the city.

Raja Singh posted a video on Twitter that he rushed to Choutuppal by self-driving his car at 3 am in the morning, along with his team of ‘gau rakshaks’ after he had gotten a tip-off that a lorry transporting cows for slaughtering and stopped at a tea stall.

The video shows the MLA driving his car at 110 kmph, in which he was heard saying, “I am breaking rules but protecting cow is my duty.” The group led by Singh stopped the vehicle and rescued the cows. Later, they are handed over to the police. A complaint has been lodged against the truck driver at the Choutuppal police station.

Speaking to siasat.com, Ch. Venkanna, Choutuppal’s Station Head Officer said, “Cows and calves were being transported in the lorry and following the complaint, a case was registered.” The lorry driver is currently being questioned if the cows are being taken to the slaughterhouse.

All the cows and calves were shifted to a gaushala (cow shed).

T. Raja Singh Lodh legislator from the Goshamahal constituency in the city has been booked several times for his controversial statements and speeches. Earlier, Singh in August 2018 tendered his resignation from the BJP, alleging that the BJP was not supporting ‘Gau Raksha’ (cow protection) in Telangana. He had earlier also told that incidents of lynching would not stop till the time cow gets the status of “Rashtra Mata” (Mother of the Nation).