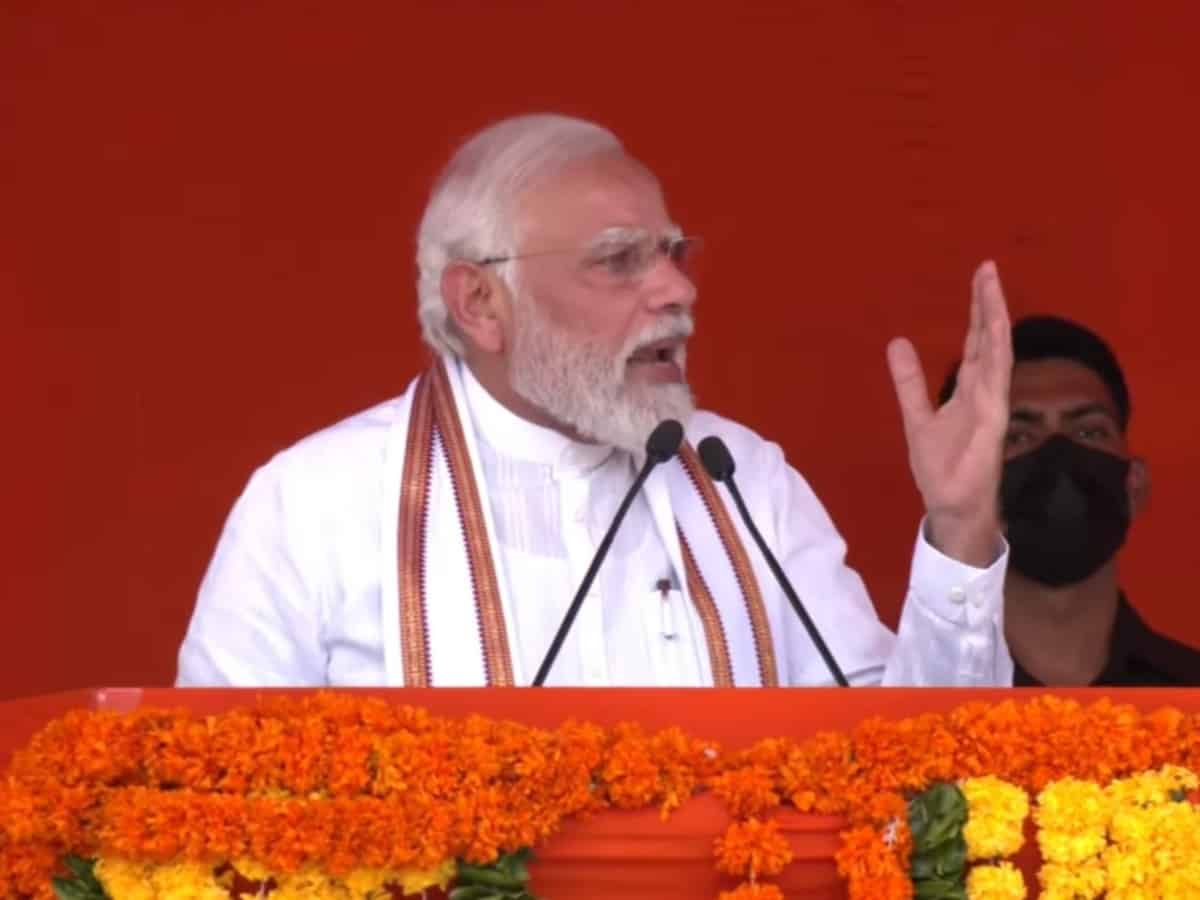 In the public meeting titled ‘Vijay Sankalpa Sabha’, Prime Minister is likely to set the tone for the Bharatiya Janata Party’s (BJP) preparedness for the upcoming Assembly polls in Telangana. In the public rally, more than 35,000 people are expected to be present.

The biggest highlight of the entire BJP national executive committee meeting will be the speech of Prime Minister Narendra Modi to his party cadre. The Prime Minister is expected to give a roadmap for the party in the coming times especially when they look at Assembly elections in the big states like Gujarat

During his speech, He is likely to give suggestions on how to work towards strengthening the organisation as well as keep connected to the grassroots.

He is also expected to throw light on the outreach of some government schemes. PM Modi is expected to take potshots at the Opposition.

This is the first time that a meeting is taking place with complete participation by the BJP national executive members since the COVID-19 pandemic.

The last meeting which took place in November 2021 happened in a hybrid manner in which leaders were present physically as well as joined virtually.

The entire city of Hyderabad has donned a saffron hue with the BJP flags and banners for the party’s mega show. The posters showcase the achievement of the central government.

Every nook and cranny of the city is decked up with big cutouts and banners of top BJP leaders.