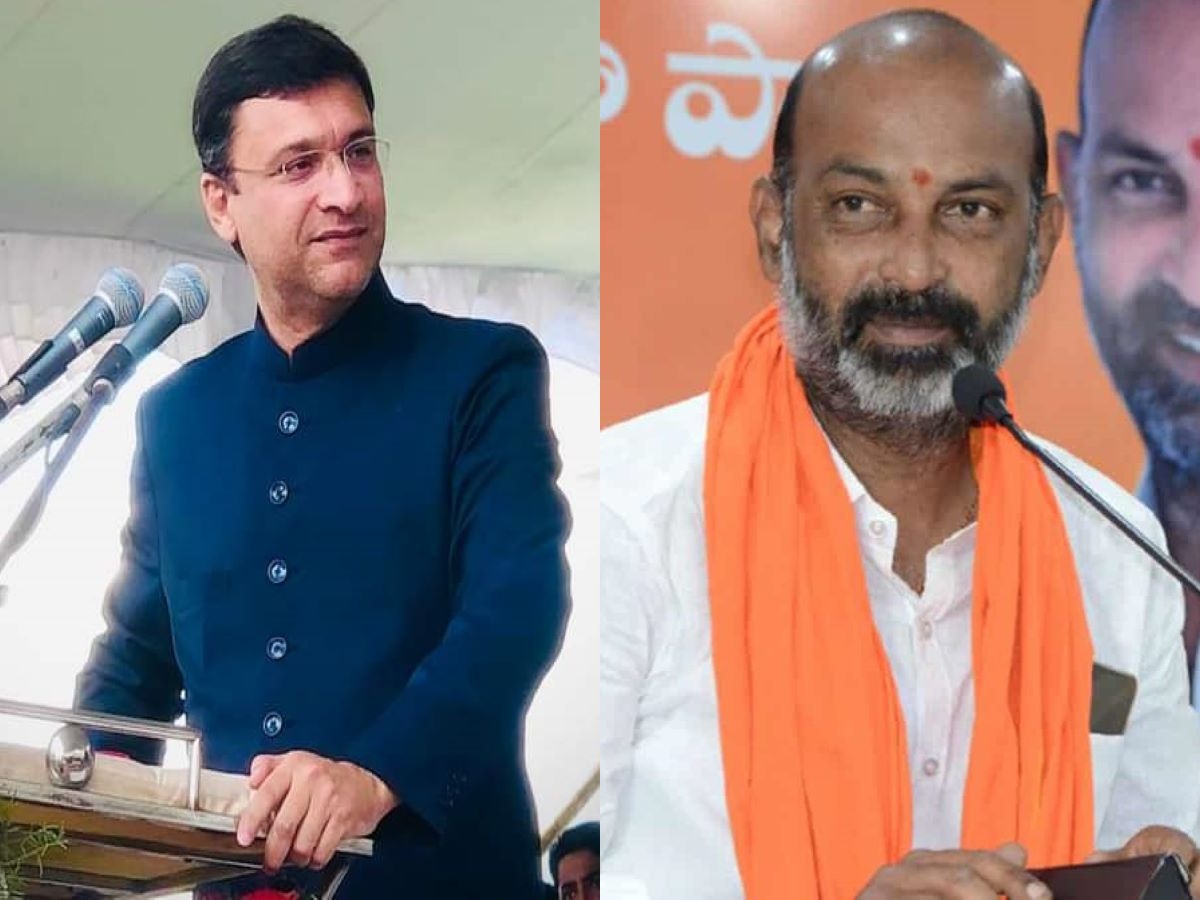 Hyderabad: Telangana BJP president Bandi Sanjay Kumar who is not satisfied with the acquittal of AIMIM MLA Akbaruddin Owaisi in hate speech cases said that the cases will be reopened if the saffron party is voted to power in the state.

Addressing a public meeting at Alampur in Jogulamba Gadwal district, he said that the BJP would not spare those using objectionable language against Hindu gods and goddesses.

Targeting TRS, he alleged that the state government has barred people from coming to schools and offices wearing Shiva mala, Ayyappa, and Hanuman. If BJP is voted to power in the state, these restrictions will be lifted and persons observing Ayyappa Swamy, Hanuman, and Shiva Deekshas will be given exemption in office hours to perform puja and other activities, he added.

In a huge relief to Akbaruddin Owaisi, a special court in Hyderabad on Wednesday acquitted him in alleged hate speech cases.

The Special Sessions Judge for Trial of Criminal Cases relating to MPs and MLAs acquitted him of all charges in both the cases registered against him in Nirmal and Nizamabad in 2013.

The case could not be proved beyond a reasonable doubt, hence the court acquitted Akbaruddin Owaisi of all charges, his counsel Abdul Azeem told reporters outside the Nampally Court Complex.

Two cases were registered against Akbaruddin Owaisi at two police stations in Adilabad and Nizamabad districts in relation to his alleged hate speeches at Nirmal and Nizamabad on December 8 and 22, 2012.

On Thursday, Bandi Sanjay launched the second leg of padyatra.

His month-long foot march will cover 385 km in five districts. The leader will pass through 105 villages in 10 Assembly constituencies.

During the padyatra, he will walk 10-15 km every day to interact with the people. The padyatra will conclude on May 14 at Maheshwaram in Ranga Reddy district.