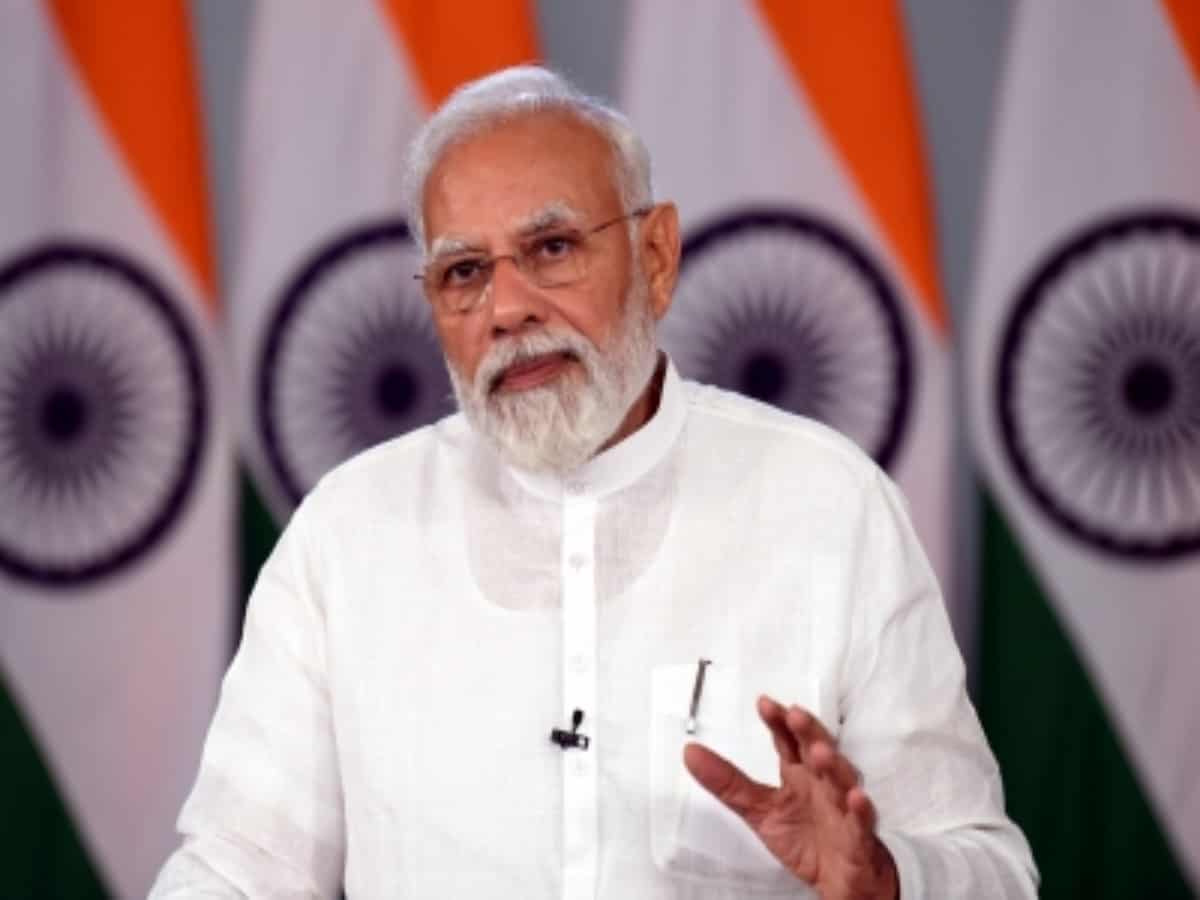 New Delhi: Prime Minister Narendra Modi met the BJP corporators from the Greater Hyderabad Municipal Corporation on Tuesday and expressed confidence that the party will work for good governance and ending the “dynastic misrule” in Telangana.

The Bharatiya Janata Party (BJP) is eying the southern state for big gains after putting up a string of impressive electoral performances, including in the 2019 Lok Sabha polls, Assembly bypolls and Hyderabad municipal polls.

The corporators were accompanied by Telangana BJP chief Bandi Sanjay Kumar and Union minister G Kishan Reddy, who is also from the state.

“Met @BJP4Telangana corporators in GHMC and other party leaders from Telangana. We had wide-ranging discussions on how to focus on community service endeavours and help people at the grassroots. BJP will work for good governance and ending dynastic misrule in Telangana,” Modi said in a tweet.

Chief Minister K Chandrashekar Rao, who heads the ruling Telangana Rashtra Samithi (TRS) in the southern state, has been working to shore up support for an anti-BJP alliance at the national level.

The BJP has so far been unable to make much gains in south India outside Karnataka, but its recent show in Telangana has infused the party with the hope of ensuring a strong presence in another southern state.

The saffron party is also holding its national executive meeting in Hyderabad next month.