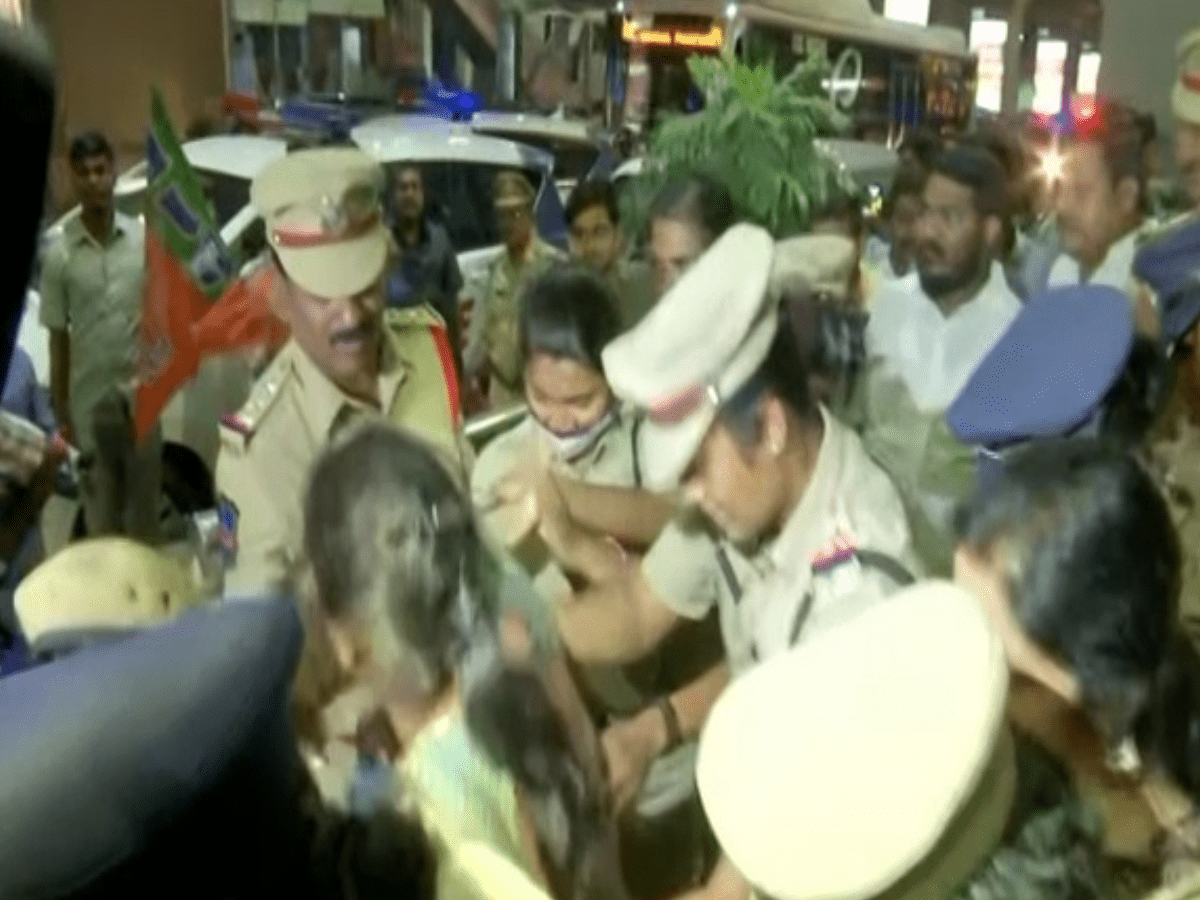 Hyderabad: Members of the Bharatiya Janata Party (BJP) in Telangana protested at Jubilee Hills Police Station on Friday over the alleged rape case reported by a father.

A complaint was lodged by the Hyderabad police on Friday after a man accused 5 minors of allegedly raping his minor daughter on May 28 at the Jubilee Hills Police Station area.

“The police have registered a case under section 354, and 323 of the Indian Penal Code and section 9 r/w 10 of POCSO Act,” said Joel Davi, DCP West Zone.

Meanwhile, the Telangana Rashtra Samithi leader K Kavitha expressed confidence in the Telangana police and took to Twitter to express her concern for the women’s safety.

“In the sad and shameful incident where a minor was raped, we stand by the family. I am confident Telangana Police will get to the bottom of it. We have a track record of Zero Tolerance when it comes to Women’s safety,” K Kavitha tweeted.

While Telangana IT Minister KT Rama Rao requested the state Home Minister Mohammad Mahmood Ali, DGP and Hyderabad City Police Commissioner to take immediate and stern action in the rape case and asked them not to “spare anyone involved irrespective of their statuses or affiliations”.