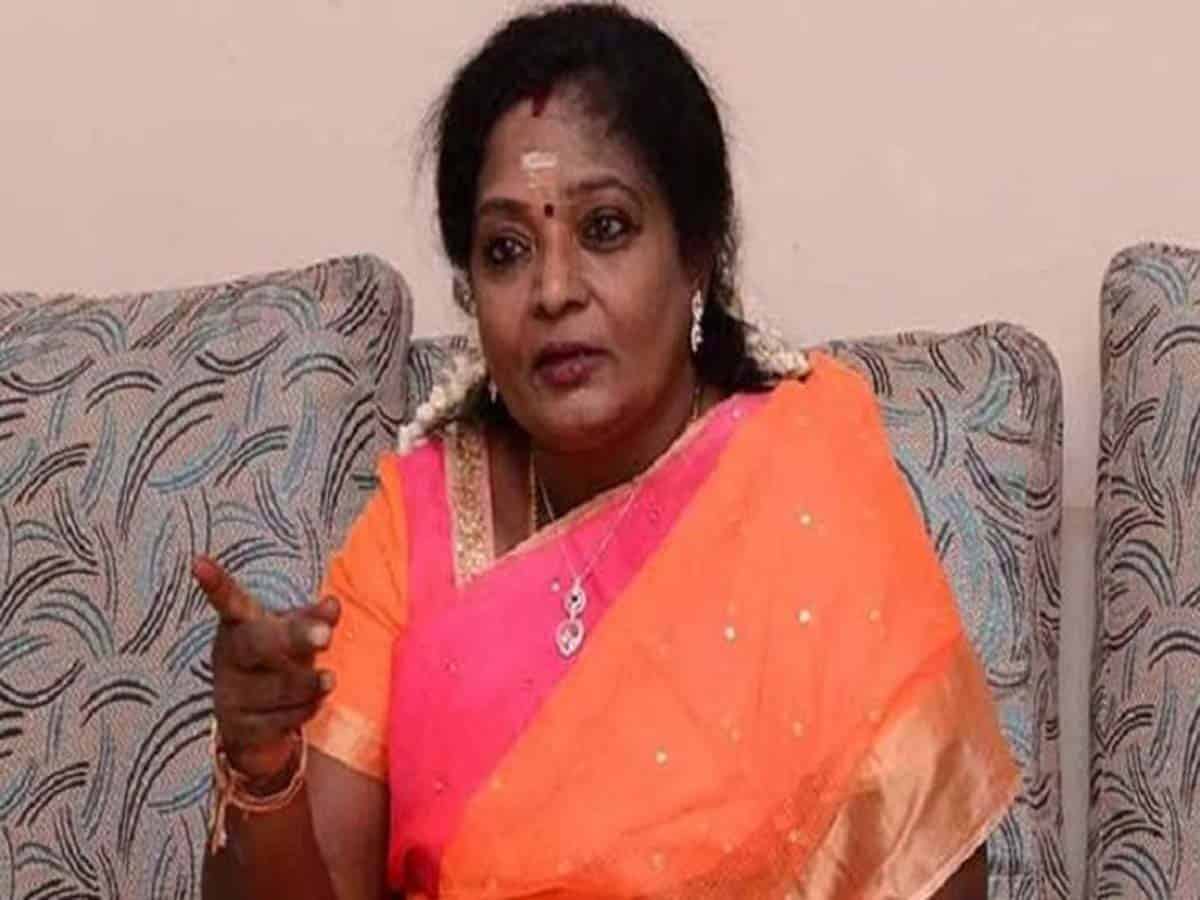 Hyderabad: The Governor of the state Tamilisai Soundararajan on Sunday said that donation of blood was not a small act but a noble act. Reminding her days as a house surgeon, the Governor said that she had seen family members, who did not come forward to donate blood, for their near and dear in order to save their lives. She made these remarks while addressing a gathering after distributing ‘Chiru Bhadratha’ LIfe insurance cards to all those, who have donated their blood for more than 50 times on behalf of Megastar Chiranjeevi owned Chiranjeevi Blood bank at Raj Bhavan. Speaking on the occasion, she said that those who donate blood, will get fresh blood in their bodies. She hailed the services of megastar chiranjeevi to save the lives of so many people on behalf of his blood bank. Noting that, they are also holding several blood donation camps on behalf of Raj Bhavan, she said that they have developed an app to reach out to those, who are in need of the blood. She urged Megastar Chiranjeevi to become a part of their app and extend the services of his blood bank .

Speaking on the occasion, Chiranjeevi said that he set up his blood bank after observing the deaths of several people due to lack of blood in the year 1998. Noting that he has several fans, who can do anything for him, he said that he set up his blood bank to share the love of his fans with those in need. He said that around 2,000 to 3000 people donate their blood frequently at his blood bank and added that he came up with the life insurance scheme in order to help those frequent blood donors. He revealed that he would soon construct a hospital and added that they had so far collected 9.3 lakh units of blood from the donors. He said that of the total blood collected by them, 70 percent was given to the poor and the needy people while the remaining 30 percent was given to private hospitals. The megaster all the blood donors on the occasion for bringing down the shortage of blood in the two telugu speaking states.