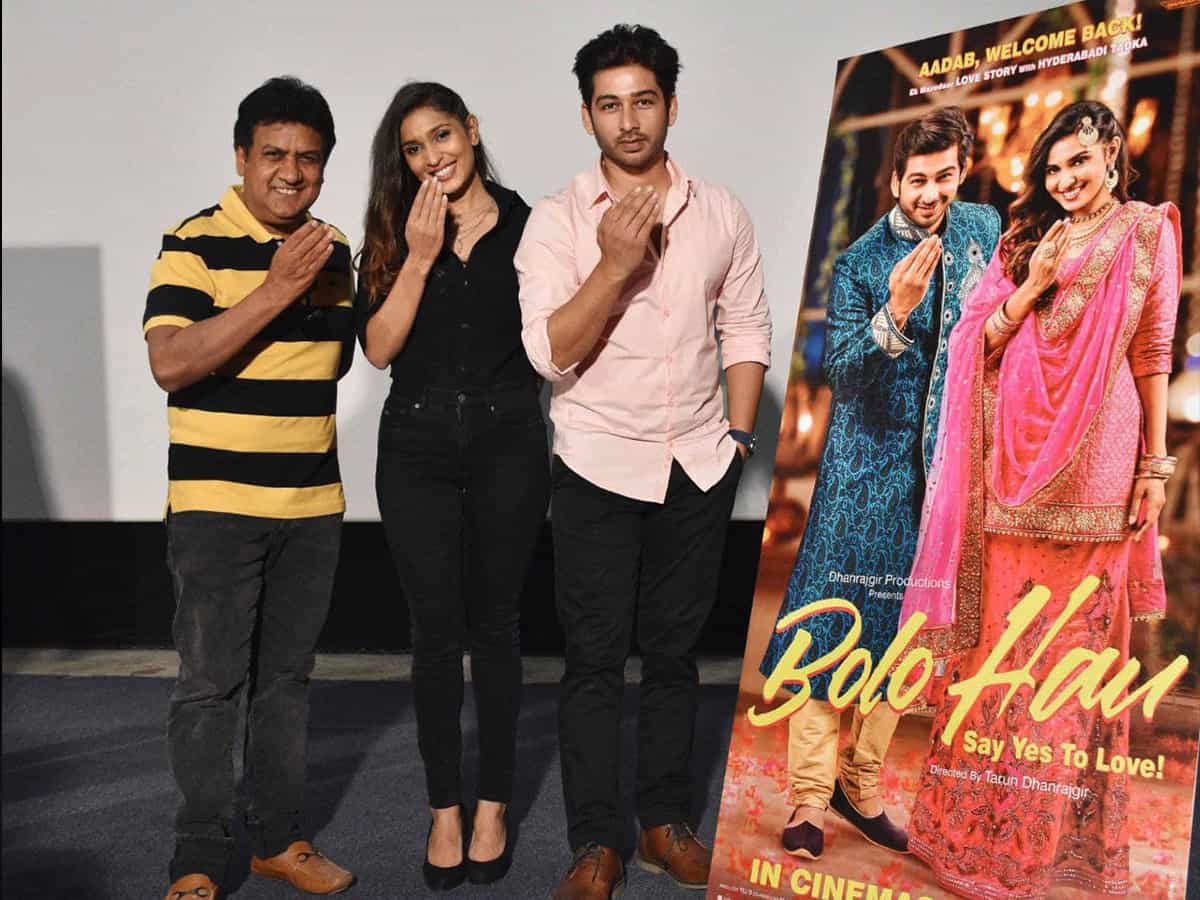 Hyderabad:  Tarun Dhanrajgir ‘s directorial venture ‘Bolo Hau’(Say Yes) is all set to hit the screens from January 15. A romantic comedy set in Hyderabad’s Old City, it is one of the first Hindi movie releases of 2021 is going to be released on big screens.

Tarun had played the role of Darcy in the Indian remake of Pride and Prejudice which was aired on Doordarshan in 1985 and featured in other prominent soaps of the era.

The film’s lead cast has Ankit Rathi, who was earlier seen in a 2018-flick 3 storeys and Tarun’s daughter Jahnavi, who was an assistant editor for Gunday, Kick and an assistant director for Sultan.

The film’s dialogues will also be in Hyderabad’s Dakhni, making it an interesting watch close to the city’s nativity.

Tarun had made some feature-length films for TV earlier and two years ago he also made a cameo in Yatra, a Telugu film on former chief minister YS Rajasekhara Reddy.

Speaking about his connection with the city, the director, who was born in Hyderabad, told The Hindu, “You have memories of a place that you visit on a holiday. Hyderabad is a part of my life.”