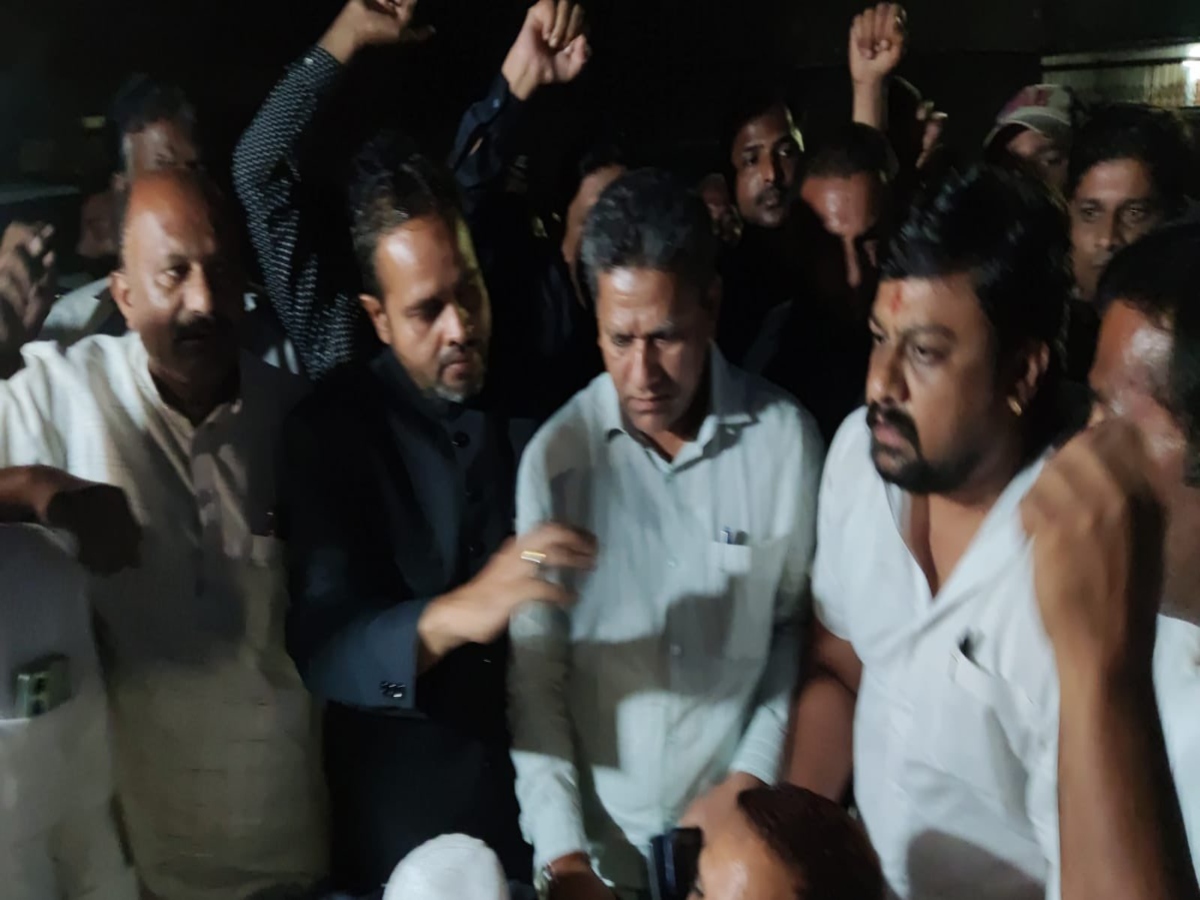 Hyderabad: All India Majlis–e-Ittehadul Muslimeen (AIMIM) MLA Kauser Mohiuddin on Thursday demanded the Telangana government to initiate action against state officials who had demolished the Masjid-e Khaja Mahmood at Shamshabad on Tuesday.

Interacting with reporters on Thursday, he said the AIMIM party leaders and public will be attending the ‘Namaz-e-Juma’ at the very place where the Masjid existed before demolition by the Shamshabad municipal authorities.

“On Friday, Inshallah, the Namaz-e Juma will be held at the very same spot. Either before or after the prayers the foundation of the mosque will be laid. A new mosque structure will be constructed at the same spot,” he told media persons.

Kauser Mohiuddin further said that the All India Majlis-e-Ittehadul Muslimeen (AIMIM) president Asaduddin Owaisi had given him assurance on Wednesday that the issue will be resolved. “On Thursday, I was told by our party president to go to the spot and attend Namaz-e- Juma. All our party leaders and local people will go and attend,” he said.

The Shamshabad municipal authorities along with the revenue officials had demolished the Masjid located at Green Avenue Colony in Shamshabad at 3 a.m. The local people alleged before demolition of the mosque the houses of Muslim community members were latched from outside and phones of a few persons snatched.

Since the last two days there has been tension in Shamshabad and heavy police deployment. Several leaders of political parties and Muslim organizations sat on a protest in front of the Shamshabad municipality office and the police did preventive arrest. At  Ranga Reddy collector office building at Lakdikapul, the AIMIM MLA Kauser Mohiuddin on Wednesday sat on a dharna. He was taken into preventive custody along with party workers.

According to sources, the police will be deployed in huge numbers in Shamshabad due to the simmering tension in the area after the demolition of the Masjid on Tuesday. Senior police officials will be present to supervise the police contingents deployment.