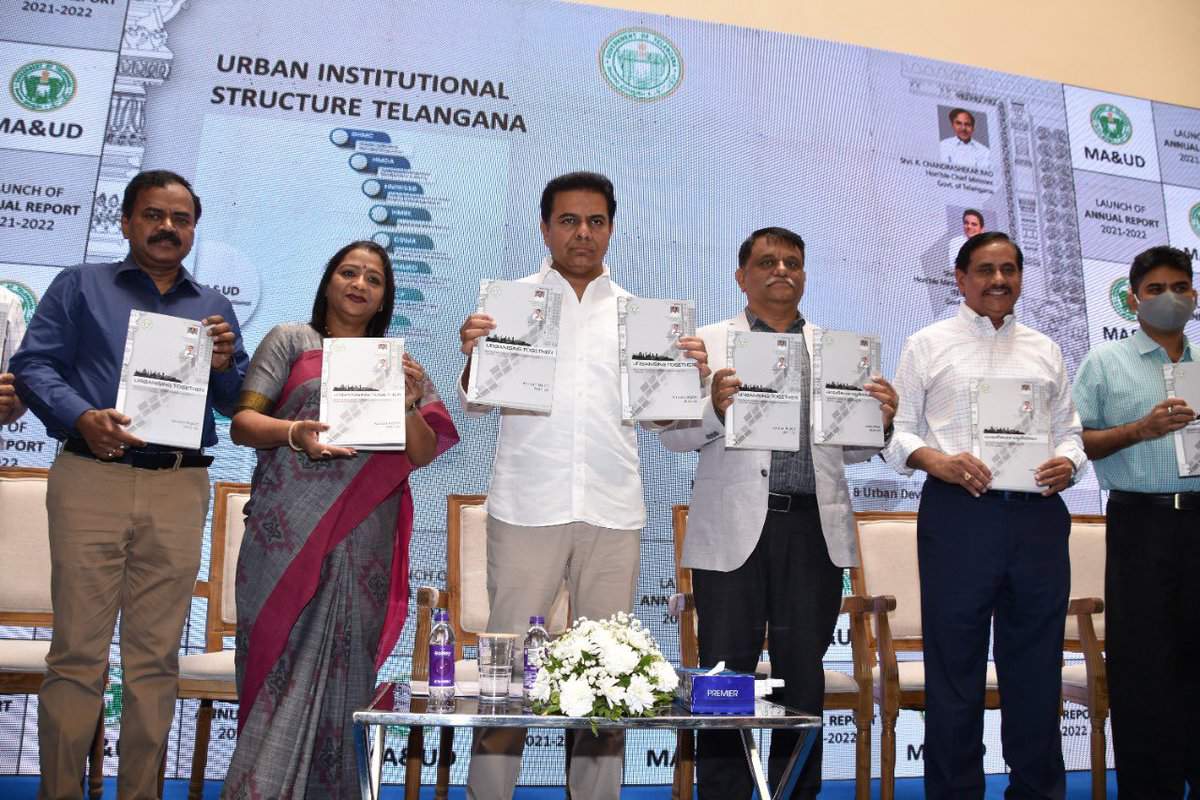 Hyderabad: The Minister for Municipal Administration and Urban Development (MA&UD) KT Rama Rao (KTR) on Friday said that he cannot guarantee that the city of Hyderabad won’t flood this upcoming monsoon season.

KTR said this at the launch event of the annual report for the year 2021-22 of the MA&UD department where he also expressed hope that the troubles that people went through in the previous years due to massive flooding would lessen due to the ongoing work of the Strategic Nala Development Programme (SNDP).

BJP has no history of democratic struggle: KTR

For the fifth year in a row, the MA&UD department of the Telangana government has released its annual report citing all its accomplishments ranging from building new roads to effective waste management.

“Hyderabad is the only city in the country that built roads even during the COVID-19 pandemic. The credit goes to the hardworking engineers of the Comprehensive Road Maintenance Programme (CRMP), Hyderabad Road Development Corporation Ltd (HRDCL), and Strategic Road Development Project (SRDP) engineers,” KTR remarked.

The Minister also detailed that programmes like the CRMP, HRDCL, building an elevated bus rapid transport system, setting up of LED lights across 159 km of the Outer Ring Road (ORR) and plans to widen double lane roads to four-lane roads are part of the MA&UD’s agenda.

KTR also informed that a total of 14 bridges have been sanctioned over the Musi river at the total cost of Rs 545 crores and work will soon begin this year.

Speaking further, KTR said that under the Pattana Pragathi programme, a total of Rs 3700 crores has been disbursed to 141 municipalities in Telangana other than Hyderabad, in a monthly fashion. “We are not just giving out a monthly grant to the municipalities, but we are also ensuring that each and every rupee that the government actually gives out is spent in a judicious manner towards programs that actually impact citizens’ lives,” he said.