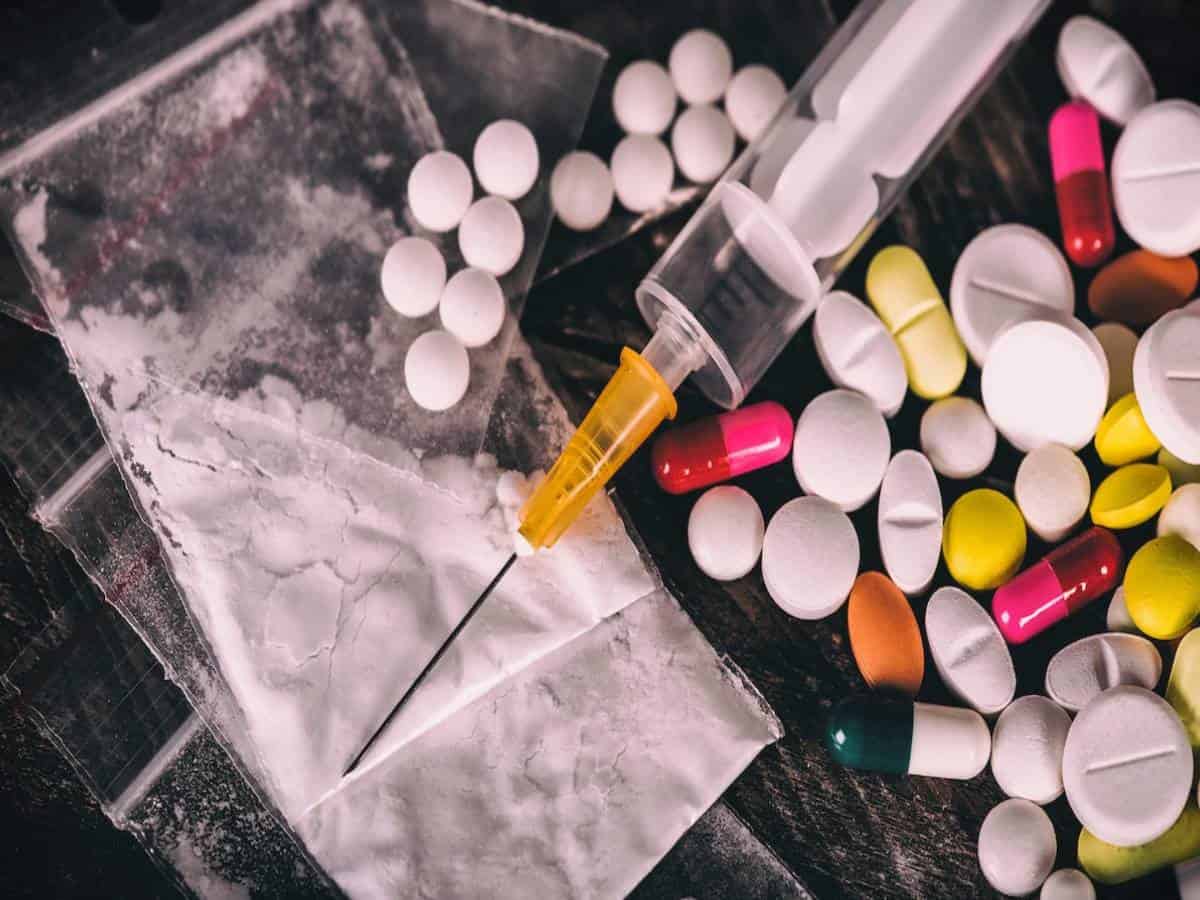 Hyderabad: International drug cartels are desperately trying hard to push cocaine and heroin into the country in order to cater local demand for ‘elite drugs’. Further, Hyderabad has become a preferred destination to route drugs to other parts of the country or further to other countries like Australia or Far East.

After the restrictions on airways were lifted the Directorate of Revenue Intelligence authorities noticed a rise in drug smuggling cases. In fact, in the last 16 months around 350 kilograms of cocaine valued at Rs. 3500 crore was seized in the market, roughly the high quality cocaine is priced at Rs. 10 crore a kilogram in the illicit market, in the country. The price of cocaine after COVID-19, increased by around Rs. 1.5 crore to Rs. 2 crore per kilogram.

Sources in the DRI told Siasat.com that these appear to be thoroughly planned attempts to smuggle the cocaine into the country to meet local demand especially in Metropolitan cities like Bengaluru, Hyderabad, Mumbai, Pune, Delhi, Chennai and tourist spot hubs like Goa. There are also suspicions about it being routed to other countries from India later.

“Due to travel restrictions and few passengers, it turns out the drug cartels were not taking risks for fear of getting caught during screening at airports. Now with things returning to normalcy they are pushing the drugs into the country,” he pointed out.

The DRI officials maintained there are reports of an increase of retail price of cocaine and heroin hiked due to low supply from foreign countries particularly the Africa based drug cartels. “May be the peddlers are foreseeing another lockdown on restrictions on airways, so they are trying to smuggle the drug for future sale. There is as such no shelf life for cocaine and heroin,” he explained.

Where do the drugs come from?

According to anti narcotic agencies, Coca is any of the four cultivated plants in the family Erythroxylaceae, native to western South America. Coca is known worldwide for its psychoactive alkaloid. The plant is grown as a cash crop in the Argentine Northwest, Bolivia, Alto Rio Negro Territory in Brazil, Colombia, Venezuela, Ecuador, and Peru, even in areas where its cultivation is unlawful.

There are some reports that the plant is being cultivated in the south of Mexico as an alternative to smuggling its recreational product cocaine. It also plays a role in many traditional Andean cultures as well as the Sierra Nevada de Santa Marta.

While Heroin is smuggled from Afghanistan to Mozambique and through various destinations like Johannesburg, Doha it is sent later to India further it is in some cases destined to Australia and other countries.

The DRI is also coordinating with international organizations, in a message, a couple of years ago, William J. Warren Jr, Regional Director, Mid East Region, Drug Enforcement Administration wrote, “the U.S. Drug Enforcement Administration (DEA) in India takes great pride in our joint investigative efforts with the Directorate of Revenue Intelligence (DRI). DEA and DRI, actively work together to target global drug trafficking networks and their involvement in financial, criminal, and even terrorism-related acts.”