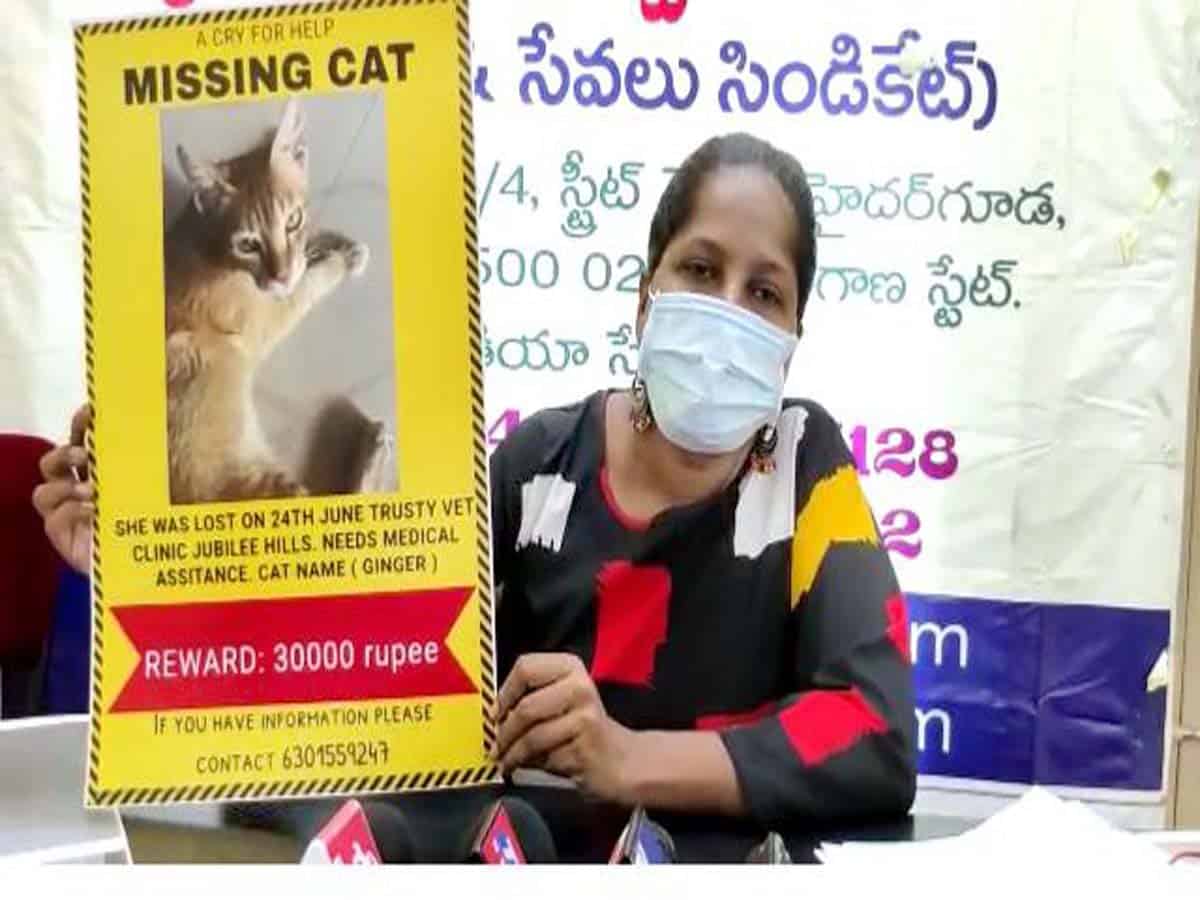 Hyderabad: An owner of a cat from the city today announced a reward of Rs.30,000 for anyone who helps her to trace her missing cat.The cat went missing from an animal care centre at Raidurgam.

Serina Natto, a resident of Tolichowki at a press conference had admitted her cat Ginger at the Trusty Vet Multispecialty Pet Hospital on June 23 of the last month. However, the management of the clinic told her that the cat had gone missing from the hospital.