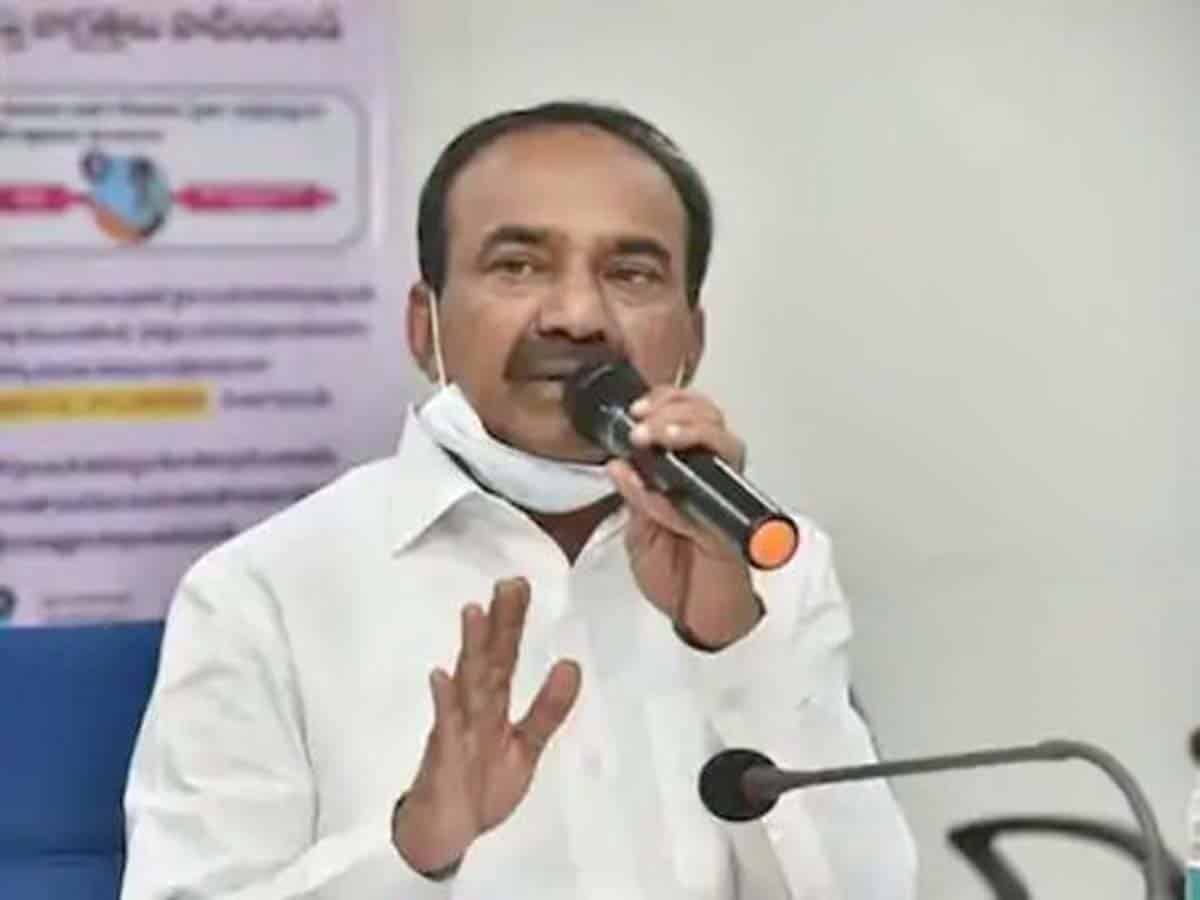 Hyderabad: State Health Minister E Rajender today criticised the Centre for its failure to assess Severity of Corona virus in Telangana and steps to prevent virus spread. He hit out at the union ministers and state BJP leaders for making false charges on Telangana with regard to cases surge. There is no truth in the comments made by the BJP leaders on Corona cases and steps being taken, he said.

He accused the centre of creating panic among the states by not supplying oxygen, injections stocks adequately. It is an insult to our nation if the Corona patients die due to oxygen shortage he charged. We demanded the oxygen from nearest states and the centre allotted from far away states he charged.

The centre should increase injections production, prices control and supply to cater to states needs Rajender demanded while making it clear that the The centre has its hold on oxygen, injections causing problems to the states. There is a need for more supply of injections and oxygen to the states he said .

We need 3.5 crore injections to administer to people in 3 months he said. However the centre was not delivering the same, he noted and added that the BJP ruled states were too suffering due to Covid pandemic while stressing that The centre should give its response on such cases surge in other states.

“We have urged for 600 tons oxygen supply a day and awaiting stocks he said and demanded immediate action to supply the same. There is no shortage of oxygen to treat Corona cases in the states,” he said

Telangana needs 270 tons oxygen a day and we get 400 tons of oxygen to as we made necessary arrangements for the purpose from other states, he claimed. The people should avoid visiting private hospitals and ensure they get free treatment in the government hospitals, he said .

Speaking further, Rajender said that The centre has to check the prices disparity of injections and enable the states to address the issues. “We have made arrangements to get more oxygen stocks and injections to provide immediate services. Chief Minister K Chandrasekhar Rao allotted Rs 2500 crore,”the health minister said.

All Government hospitals in districts will get oxygen plants as stated by the centre he said while adding that The centre is giving adequate supply of medical oxygen and there is no shortage now. He said that the Vaccination was made available in 19 places to cater to rural areas .

Rajender clarified that there was no plan to impose lockdown in the state. There is no such idea of lockdown as it will cause loss of work, revenue and employment and people can stay in the state to work amid Corona protocols, he said.
He said that they would start 19 diagnostic centers to provide services in districts to address Corona woes. He warned the private hospitals of action if collect more fees from people.