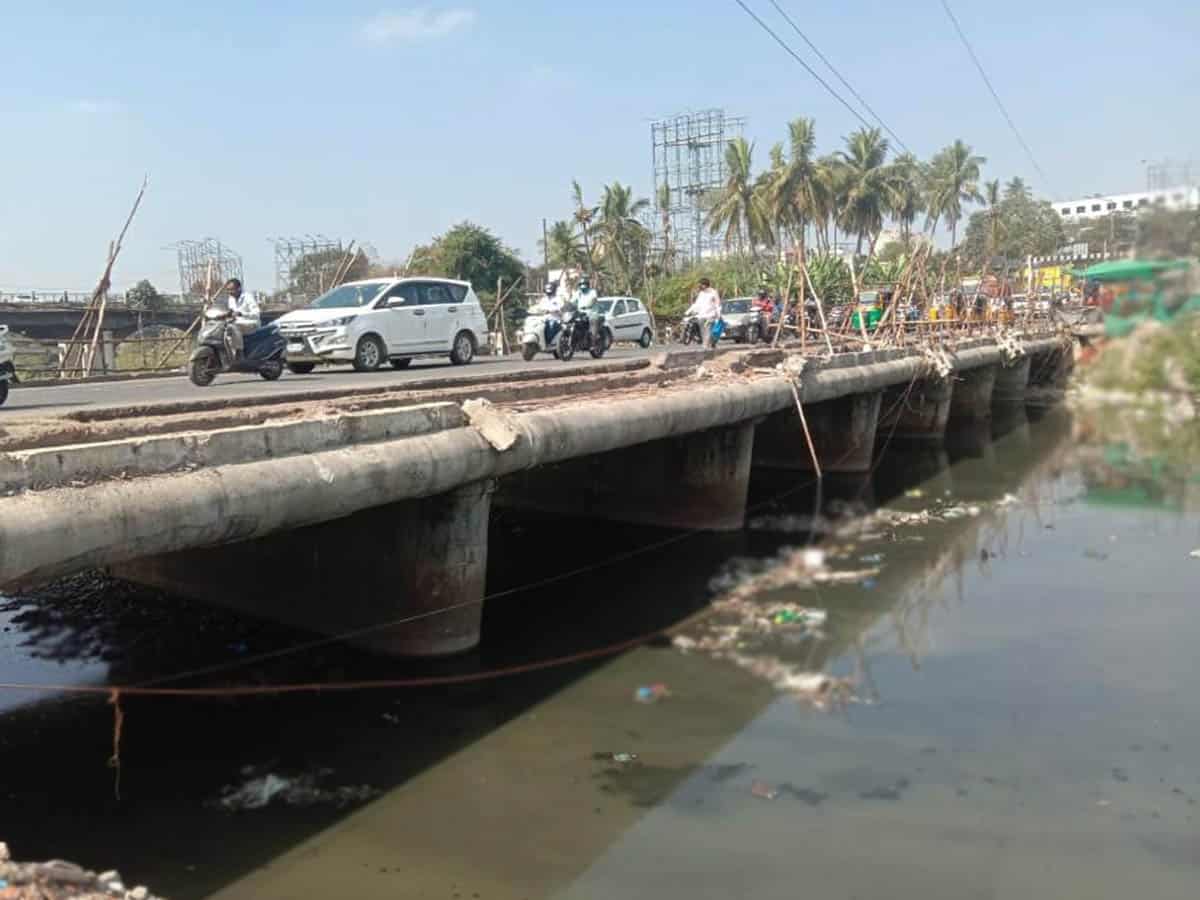 Hyderabad: Three months after the safety barriers of the Nizam-era Chaderghat bridge were wrecked by the torrential rains in October last year, lack of repairs to resurrect them is causing a risk to the lives of commuters that use it. Chaderghat bridge connects either side of the city across the Musi river.

Floods to the Musi had swept away the safety railings on the causeway bridges at Chaderghat and Moosrambagh, in mid-October. Which instant, temporary repairs were carried out at Moosarambagh, wooden stakes were driven on both sides along the Chaderghat bridge and that arrangement is continuing to date. Municipal authorities have put in no efforts to install new railings.

The wooden logs, too, are now on the verge of collapsing.

As many as 5,000 vehicles, including heavy trucks, are said to be passing over the bridge on a daily basis. “If a heavier vehicle passes through the bridge, we can feel it shaking,” said Ajmal, a cycle-repair mechanic. He added that rash driving on the bridge adds to the menace.

A barber, who owns a small shop at the far end of the bridge said: “The traffic congestion in the peak-hour traffic is not helping too. The commuters often complain of mild shaking.”

Regular commuters have lodged several complaints with the authorities regarding the safety railings and shaking foundations of the bridge, but no action plan seems to be in sight.

The bridge repair work is supposed to be taken up by the Greater Hyderabad Municipal Corporation (GHMC) authorities under the Musi river beautification project. The locals said that the state revenue department paid an inspection to the bridge last week, but no follow-up was done further. When tried to contact the authorities, they remained unreachable.