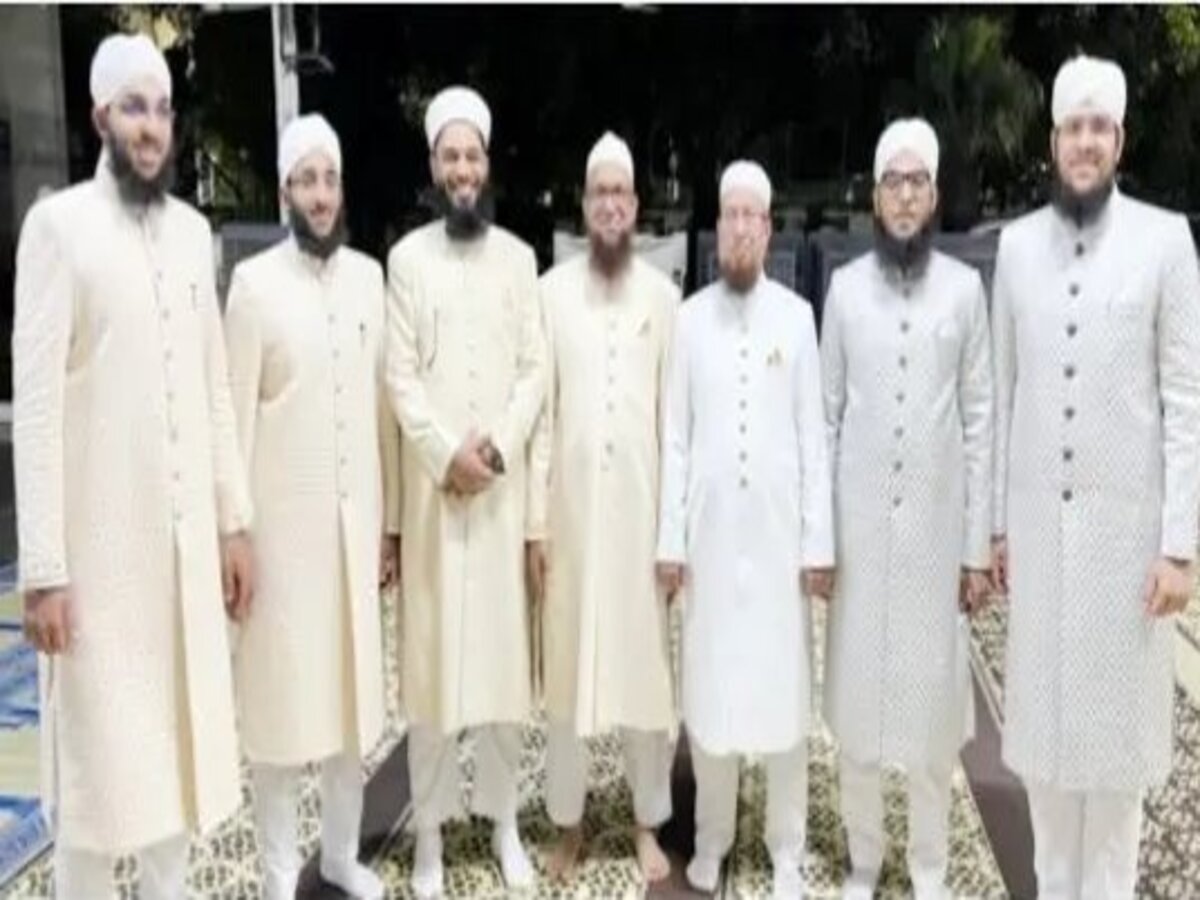 Hyderabad: In the midst of a campaign against extravagance in Muslim marriages Mohammad Latif Khan founder and Chairman of MS Education Academy performed the marriages of his two sons and a daughter in a simple ceremony setting an example for others to emulate.

The Nikah ceremony of this collective family marriage was held at Shahi Masjid public garden on Thursday after Maghrib prayer in the presence of scholars, political leaders, higher government officials, and other prominent citizens of the city.

One more Nikaah was performed in this collective ceremony as Mohammed Attaullah Sharif son of Mohammed Abdul Hai Sharif married the daughter of Mohammad Rahmatullah Sharif.