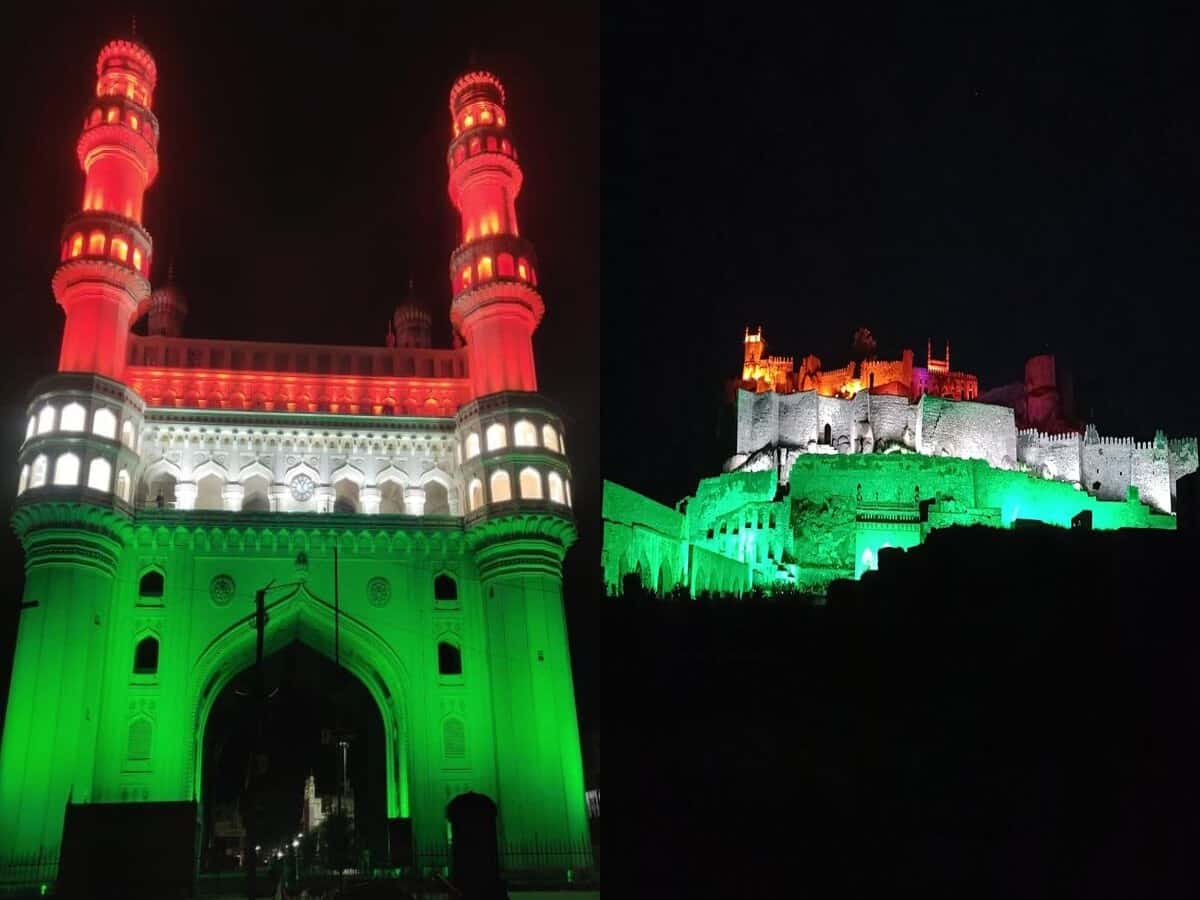 New Delhi: Iconic Charminar and historic Golconda Fort were on Friday night lit up in a tricolour theme on the eve of the inaugural ceremony of the year-long celebration the central government has planned to mark 75 years of ‘Hyderabad State Liberation’.

“@ASIGoI lights up Golconda Fort & Charminar in Tricolour. On the eve of 75th #HyderabadLiberationDay Celebrations,” he tweeted late Friday night.

The Culture Ministry and Reddy on Friday also shared on Twitter an anthem that has been released to commemorate ‘Hyderabad Liberation Day’.

The central government will hold an event on September 17 to commemorate “Hyderabad Liberation Day” with Union Home Minister Amit Shah as the chief guest. Reddy and Shah have already reached the southern city.

The event will take place at Parade Grounds in Secunderabad.

The State of Hyderabad which was under the Nizam’s Rule was annexed into the Union of India after a police action code-named ‘Operation Polo’ that had ended on September 17, 1948.