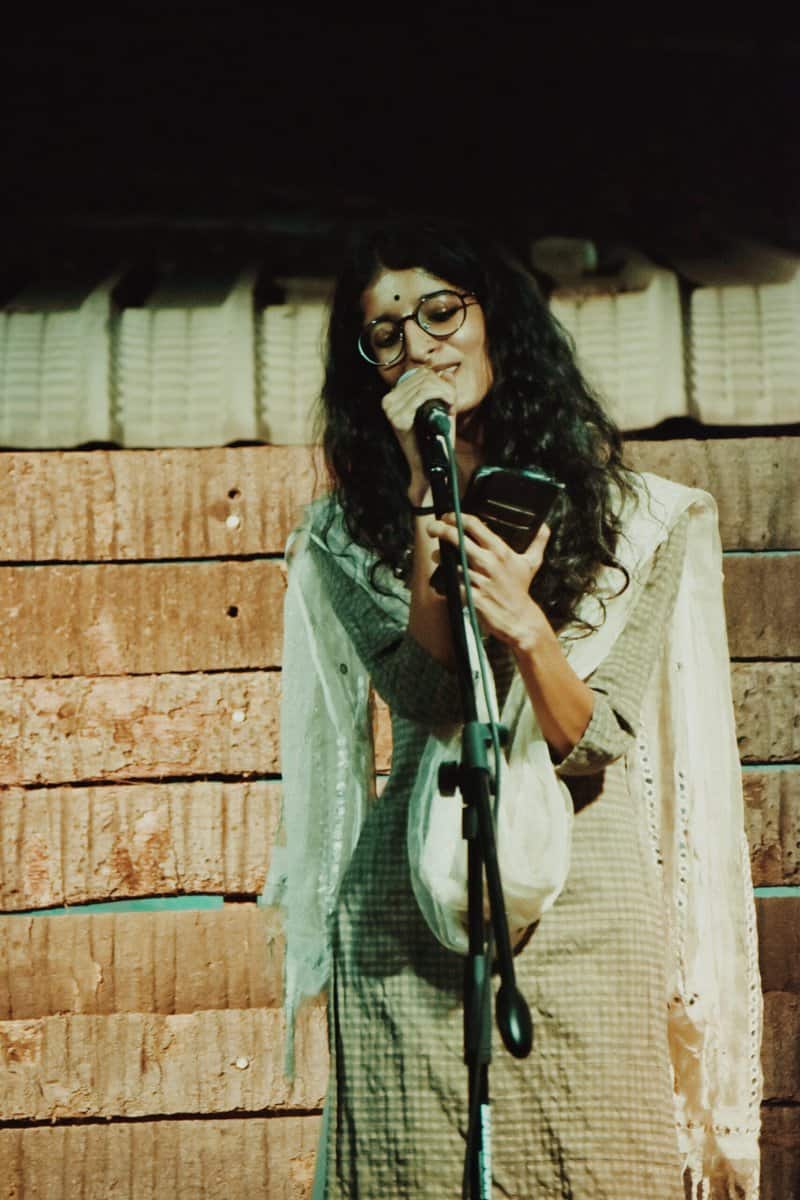 Hyderabad: In another case of moving towards the path less taken, Hyderabad’s Suparna Vontair who initally planned on being a psychologist, made her debut as a playback singer with Amazon Prime’s web-series “Modern Love Hyderabad.”

Suparna, a qualified health psychologist graduated from the University of Hyderabad in the year 2020. She took up a job as a counsellor at a hospital and a school between August and October 2020. She then went on to work in Mumbai for a period of 10 months. Suparna came back to Hyderabad and joined cancer clinics to counsel patients between August and November 2021.

The move to music

Suparna received training in Carnatic music for eight years between 2007-2015. After short stints as a health psychologist at various institutions, she began to focus on music as a career path. In November 2021, she began collaborating with artists across the city to perform at five-star hotels.

After a while, Suparna formed a band in February 2022 with two other guitarists named Waseem and Kranti, who assist her in performances. The band, Suppi & the Vibe, have come up with three new songs; “World Turns Around”, “Everyday”, and a third fusion of Carnatic and Western music composed by Suparna and Kranti.

How did playback singing happen?

Speaking to this reporter about Modern Love Hyderabad, Suparna said, “Shashi, a producer at Avanti Cinemas, approached me after watching our performance and was appreciative of my singing.” The singer further said that she was then offered a chance to record a song for Modern Love Hyderabad by Sashi.

Initially, Suparna was hesitant to accept the offer as she said, “Many people related to the music industry approached me earlier, but it never panned out.” This time around, the singer received a call from music directors Smaran and Vivek Sagar who wanted her to come and record two songs for the series.

“I went to the production house to record one of the songs in February and the other in June”. The two songs Suparna has sung for the series are Rangu Bomma and Jagamu Marachi Po.

‘Modern Love Hyderabad’ to debut on Prime Video on July 8

It is to be noted that the Modern Love franchise in India has another web series termed “Modern Love Mumbai”, both the series are based on the popular American show by the same name.

Speaking of the public’s reaction to the songs, Suparna said, “I was apprehensive about the outcome of the songs, but the production crew present at the series premiere told me that the songs had come out really well. It was encouraging to see actor Komali Prasad sharing the song and appreciating my work.”

Prasad is one of the actors starring in the web series that was released on Friday.

Speaking of the family’s reaction to the songs, Suparna said, “After listening to the songs, my mom is convinced that I made the right choice.”

The shift towards acting

Speaking of her interest in acting, Suparna said, “I am also trying to explore acting, as I have participated in street theater.”

“I have performed two street plays under the Progressive theater group of the University of Hyderabad,” she added.