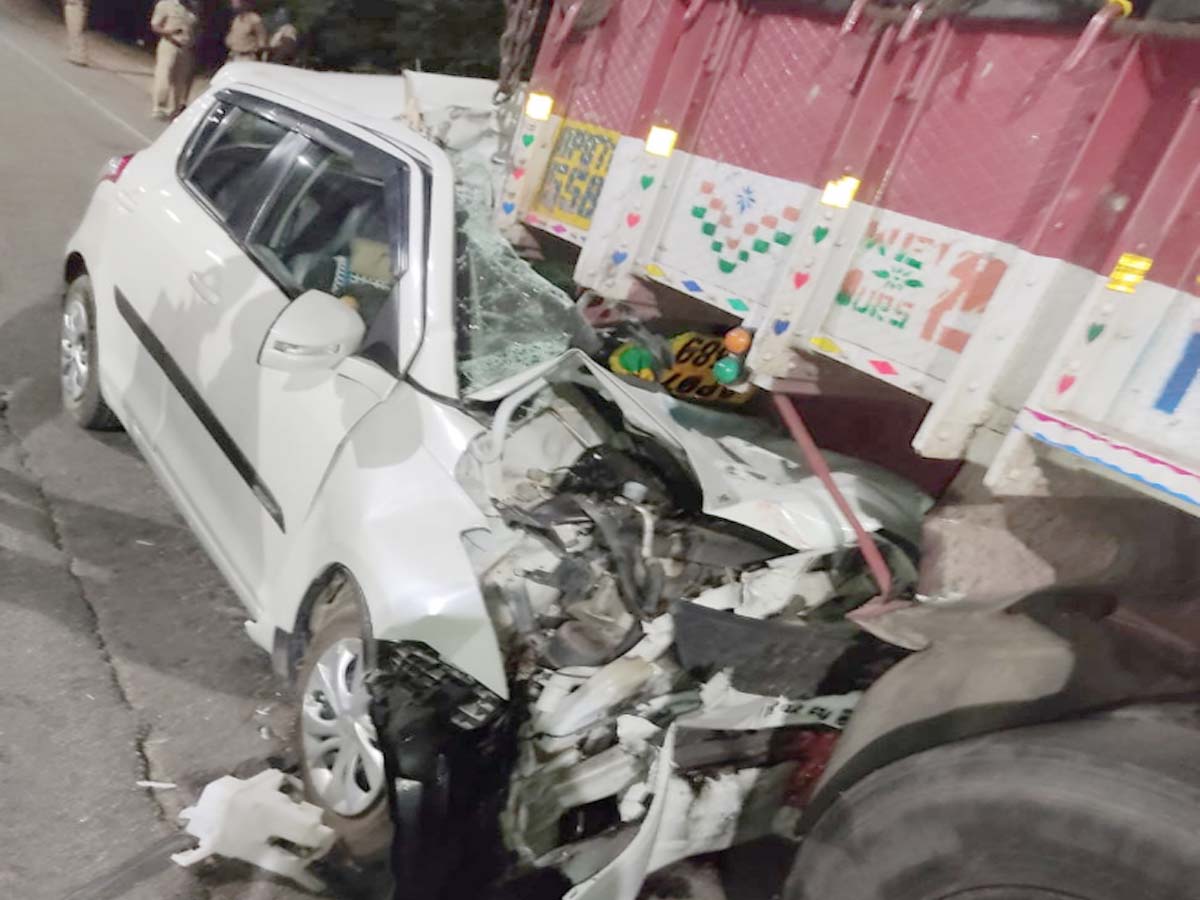 Hyderabad: In a tragic road accident, an Inspector working with city police and his wife died on the spot on city outskirts.

S Laxman, Additional Inspector working at Sultan Bazaar police station and along with his wife S Jhansi and seven year old son were returning from Suryapet district to Hyderabad. When they reached at Karthika Homes, Abdullapurmet the driver Jhansi who was driving the car hit one parked lorry bearing No. AP 07 TC5589 from backside (which was parked on left side of road). During this incident the car front side was totally damaged and resulted in instataneous death of the couple.

However, the 7 year old son of Kushalav had a miraculous escape and he was not injured in the accident.

On recieving information, a team of Abdullahpurmet police reached the accident spot and shifted the dead bodies to Osmania General hospital for conducting postmorterm.

A case has been registered against the lorry driver and investigation is under way.