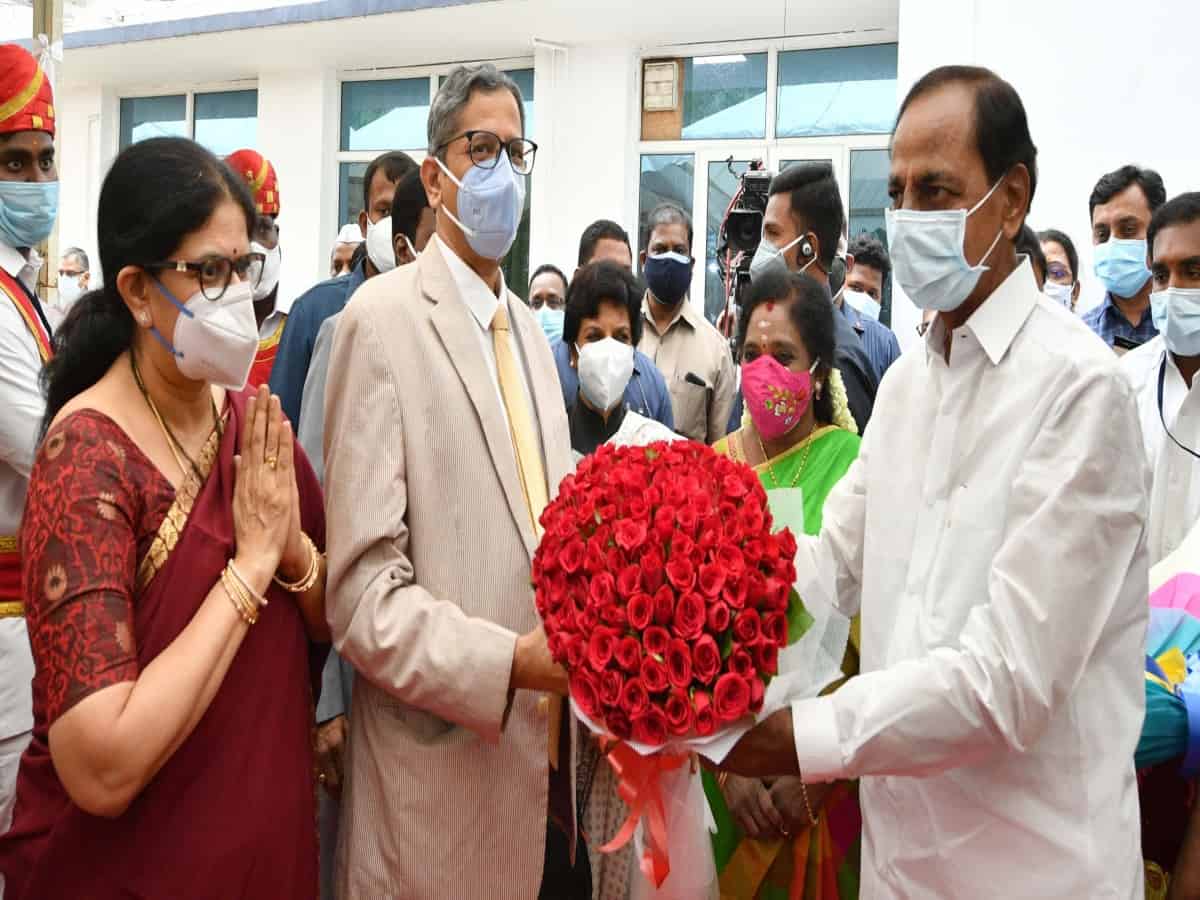 Hyderabad: Chief Justice of India N V Ramana on Thursday said he has sought the help of his counterpart in Singapore for establishing an International Arbitration Centre here to adjudicate commercial disputes, as the city is well connected to the world geographically.

Chief Justice Ramana, who is camping in Raj Bhavan, in an informal chat said he also suggested that Telangana Chief Minister K Chandrashekhar Rao provide support in terms of necessary infrastructure for the proposed facility initially.

“I spoke to the Chief Justice of Singapore… He wants some assistance from India about the artificial intelligence..

He wants to know how the Supreme Court is using Artificial intelligence.. And I requested him to help us establish the International Arbitration Centre because the world’s best arbitration centre is in Singapore. For that he agreed,” he said.

The CJI pointed out that most companies go to either London or Singapore to settle their disputes while Hyderabad is centrally located and well connected to the Gulf, European and Asian countries.

SIAC arbitration awards have been enforced by the courts of Australia, China, Hong Kong SAR, India, Indonesia, Jordan, Thailand, UK, USA, and Vietnam, amongst other New York Convention signatories, according to its website.

Chief Justice Ramana said there would be a conference on Arbitration in August and he would personally talk to the Chief Justice of Singapore on the issue.

“Sometime in August there is a conference on arbitration. I don’t know the location. It is subject to the pandemic conditions whether it is physical or virtual.

We both are participating. If we physically meet we can explain better, otherwise I can interact with him. He promised that he would extend all his support,” Ramana said.

He stated that Hyderabad is the best place for IAC, as the city boasts of great infrastructure.