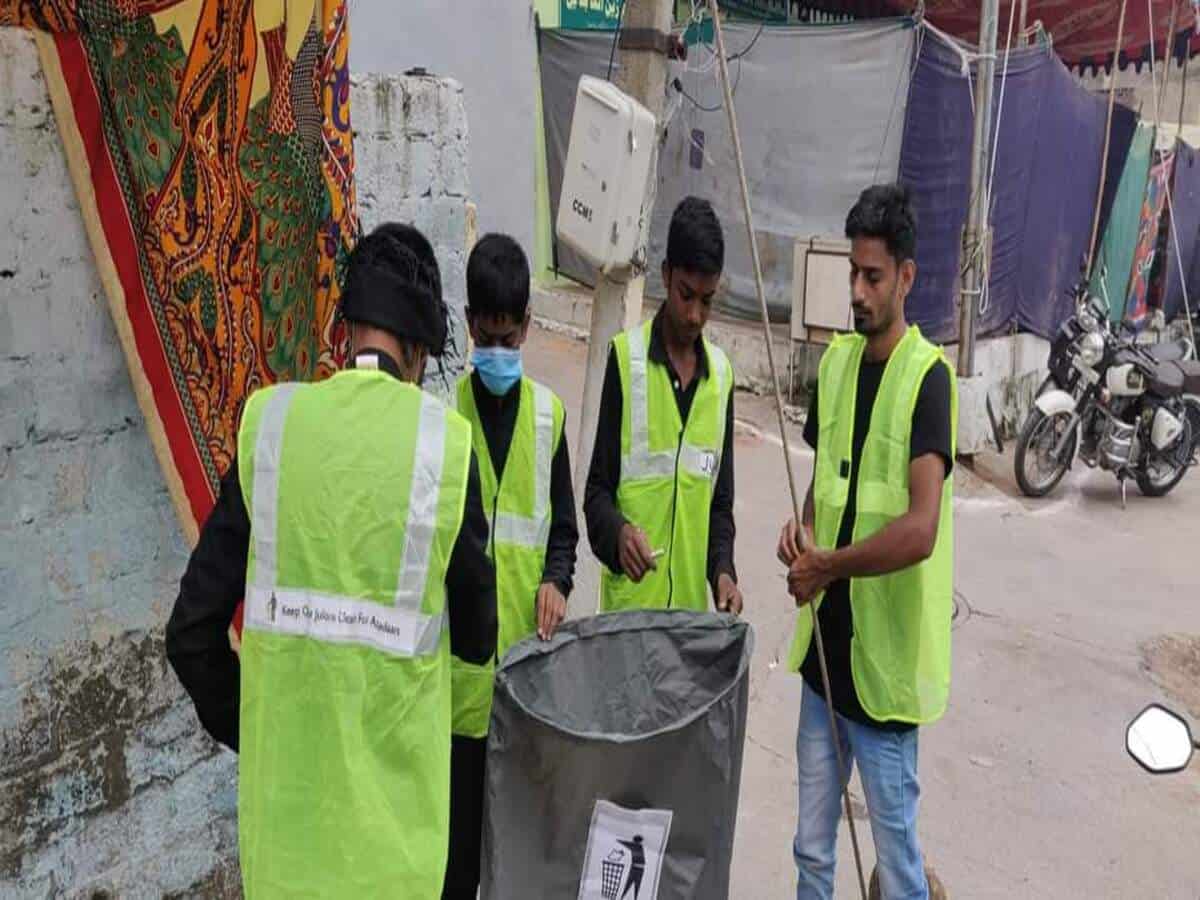 Hyderabad: A group of young individuals belonging to the Shia community, took up the initiative to maintain cleanliness and avoid wastage of food during Muharram processions in Qayam Nagar, Attapur. The initiative ‘Clean Juloos’ was introduced in 2017 with 3 volunteers who took it as a responsibility upon themselves to clean up after a procession in the area.

“The idea was inspired by similar initiatives by groups of Shias in the cities of Mumbai and Kolkata. We organise processions and it is our responsibility to clean up and properly dispose the waste we create,” said Safder Ali, a volunteer of the initiative.

“There are about 1500-2000 Shia households in the area with Ashurkhanas holding majalis throughout the period. Earlier the trash lay around or was dumped into open nalas and lay there for years. It was necessary to ensure proper disposal of the waste to avoid any inconvenience to other people,” he added.

Cleaning up after juloos was limited to only one procession of ‘Arbaeen’ but now it has been extended to most processions that take place in the area.

The volunteers ensure that the houses that hold sermons also responsibly dispose of their waste by providing them with disposal bags they design. “We add wires to disposal bags bought in bulk, attach circular wires for the stability of the bag, and deliver them to houses in the area. Our volunteers later collect those bags, on two-wheelers and dispose them at the nearest GHMC bin,” informed Ali, talking about the process of their initiative.

Shias of Hyderabad ended Muharram traditions and customs after a period of two months and days on October 15, 8 Rabbi-al-Awaaal, the third month of the Islamic calendar. In the period, people conduct and attend ‘Majalis’ and processions where they recite eulogies and poetry to narrate and lament over the tragedy of Ashura in Ashurkhanas which house battle standards or relics known as ‘Alams’.