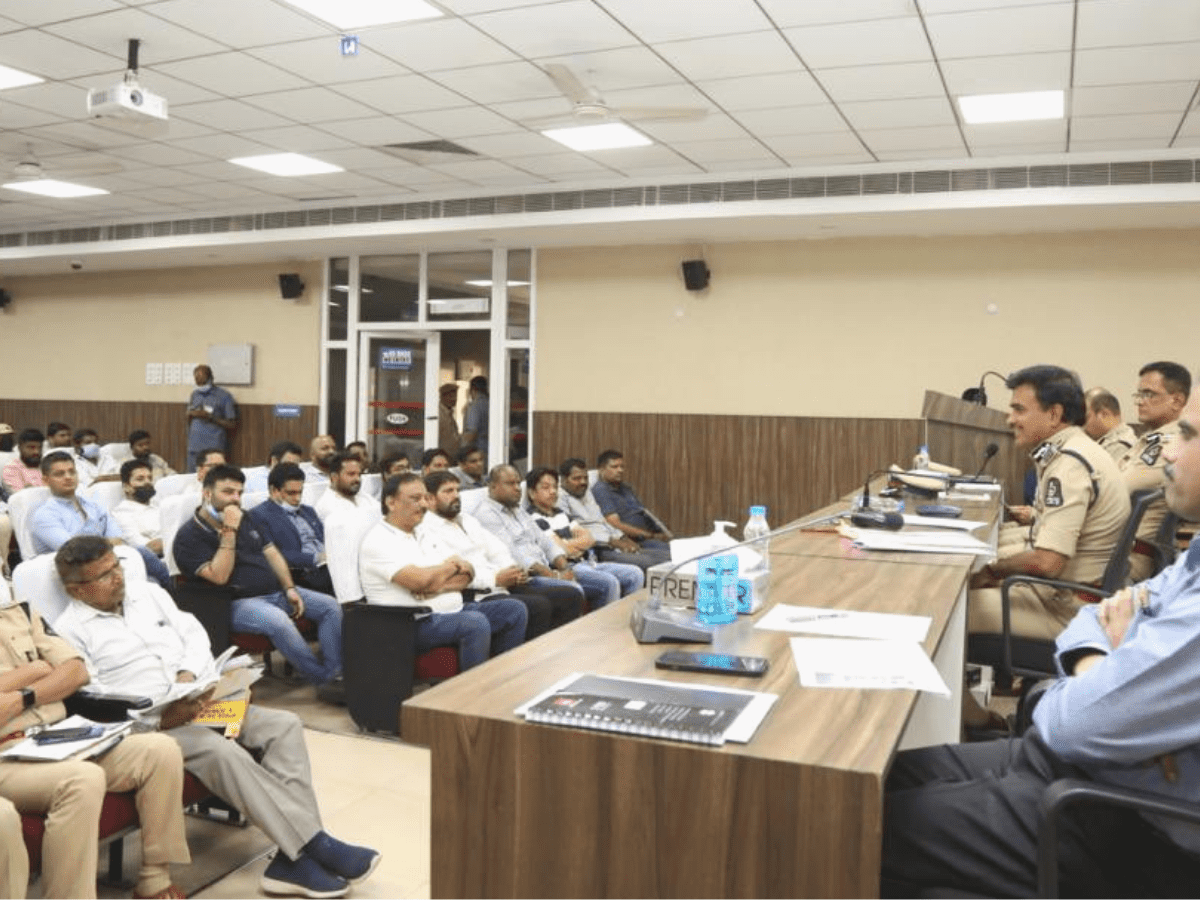 Hyderabad: Managers of various pubs, bars, and drive-in restaurants have been asked to keep noise pollution in check, and conduct business within the framework of the law, said Hyderabad Commissioner of police CV Anand.

Acting on complaints, and concerns by the public and residents, the CP called for a meeting to address the night-life industry. During the meeting, the CP addressed issues and stated guidelines under the city police act for smoother operations.

He stressed issues such as noise pollution, traffic congestion, and public nuisance, and urged them to abide by the rules regarding timings, parking, and sound.

He reminded the attendees about prevailing norms laid down in the city police act and apprised them to conduct their businesses within the framework of the acts.

He also said that establishments should not be open beyond 12 am during weekdays, whereas an extra hour is given on weekends with a half hour’s grace to wrap up accounts for the day.
“Customers can be politely notified by dimming the lights 10 minutes before closing, a common practice in developed countries,” he said.

He then reiterated the state government’s firm stand against drug abuse in the city, and that a few instances of not following the law could cost the state heavily in terms of foreign investments.

“Due to the efforts of the state government, Hyderabad has become an investor’s favourite destination. The city fulfills all parameters of the investors from abroad and other parts of India such as excellent law and order, women’s safety, ease of doing business, faster clearances, and good nightlife,” said CV Anand.

He appealed to the pub, bar, and drive-in owners to decrease inconvenience to the residents and run businesses in a responsible manner. He urged them to uphold the reputation of the city and state which is being compromised by a few who violate norms for petty gains.

The following guidelines are to be strictly enforced by all the places serving alcohol as per the CP:

Meanwhile, the CP said that the spirit of according 24-hour liquor serving permission to four-star hotels and above is in view of its international travellers or delegates, but not for the general public.

“Adhering to the priority laid down on ease of doing business by the state government, we will soon facilitate an option online on our website through which you can apply for renewals and other licenses and there shall be minimum interaction and no harassment by the police,“ assured the CP.

“Let Hyderabad be known as the safest city in the world and not as a place where drugs are also easily available and let us work together,“ he concluded.