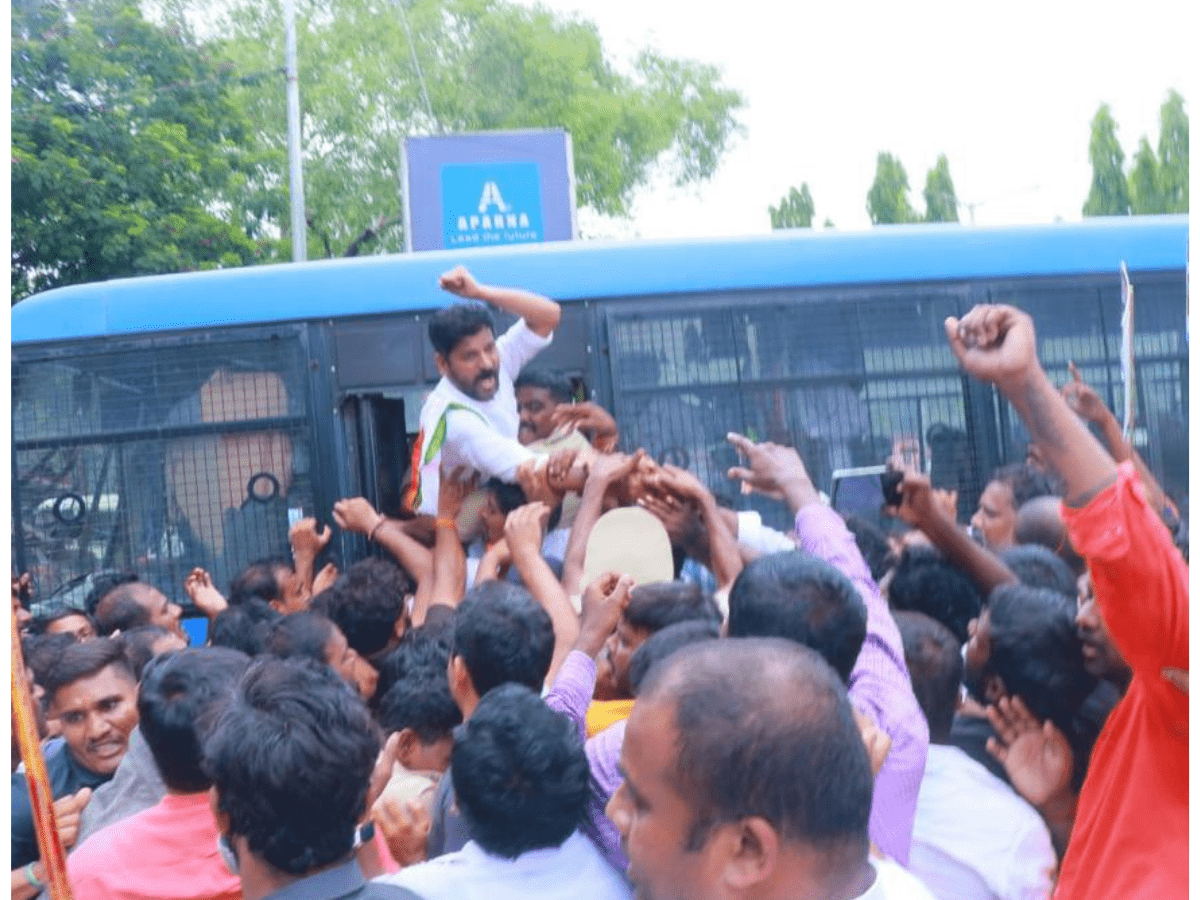 Hyderabad: The situation turned tense as the Congress’ call for siege of Raj Bhavan on Thursday was marred by violence. With police blocking the routes to Raj Bhavan, Congress party activists set fire to a two-wheeler and smashed windows of TSRTC buses.

Protests saw Congress leaders of Telangana getting into arguments with the police who were trying to pacify them and lead them away. When police tried to detain Congress leader Renuka Chowdhury, she objected and grabbed the collar of a police sub-inspector.

The call for a siege of the Raj Bhavan was given to protest the alleged harassment of party leader Rahul Gandhi by the ED.

Police had tightened security around Raj Bhavan in view of the call given by Telangana Pradesh Congress Committee (TPCC).

Large number of police personnel were deployed to prevent protesters from gathering around Raj Bhavan.

TPCC president A. Revanth Reddy had announced that a rally would be taken out from Rajiv Gandhi statue at Punjagutta to Raj Bhavan.

However, police had said that there is no permission for a rally or protest at Raj Bhavan. Barricades were set up on roads leading towards Raj Bhavan to prevent protesters from reaching there.