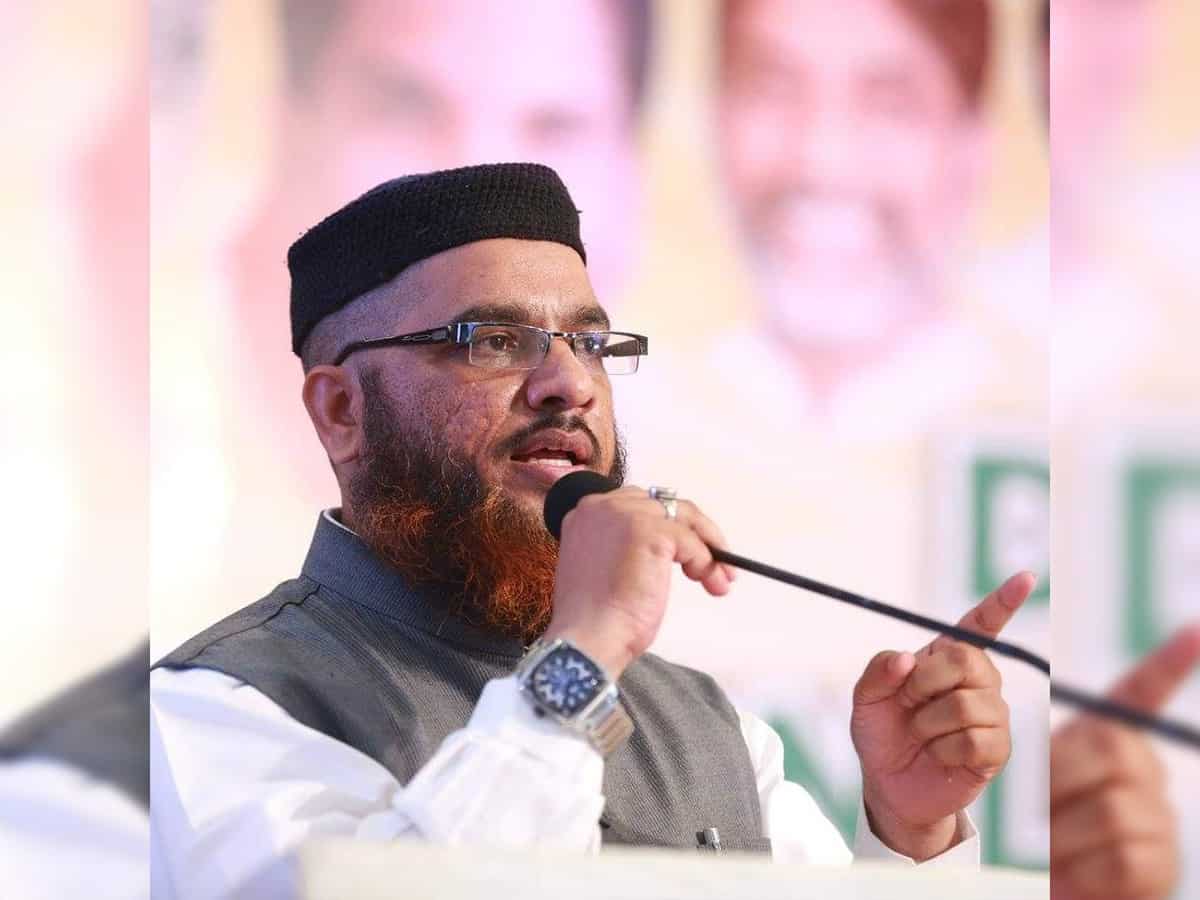 Speaking to media persons at his office on Tuesday, Abdullah Sohail said that Raja Singh has been trying to incite communal violence in Hyderabad by spreading hatred through his provocative statements.

“He used occasions like Ram Navmi or Hanuman Jayanthi to deliver venomous statements against the Muslim community. However, the TRS government never took serious action against Raja Singh. The TRS used Raja Singh’s statement to make political gains,” he alleged.

Abdullah Sohail said that Raja Singh’s statements were part of a larger controversy hatched by TRS, MIM and BJP to create a communal atmosphere because of the next Assembly elections. He said Minister K T Ram Rao Rao first highlighted comedian Munawar Farooqui as a hero and then Raja Singh was made to give a statement against his show.

“This was escalated with Raja Singh giving a series of statements against the Muslim community. Raja Singh crossed all limits by making a statement against Prophet Muhammed (PBUH),” he said.

He pointed out that nearly 75 criminal cases were pending against Raja Singh in various police stations.

“They include 30 cases of hurting religious sentiments and two cases of inciting enmity between two communities. As many as 17 cases are related to riots and possession of weapons. One case of an attempt to murder is also pending against Raja Singh. Raja Singh, in his affidavit filed in the 2018 Assembly elections, informed about 43 criminal cases pending against him,” the Congress leader said.

Shaik Abdullah further remarked that the TRS government never took serious action against the BJP leader who had such a vast criminal background. “The charge sheet has been filed in only 16 cases. A history sheet was opened against Raja Singh by the then Congress government in 2006. But the present TRS government allowed the history-sheeter to move freely and keep committing more crimes,” he said.

He further alleged that Raja Singh was indirectly groomed by the TRS in the last eight years. “But now he has crossed all the limits. No Muslim can tolerate a single word against our Prophet Muhammed (PBUH). He should be booked under the PD Act. If TRS Govt fails to take tough action, then we will launch mass agitation,” he warned.