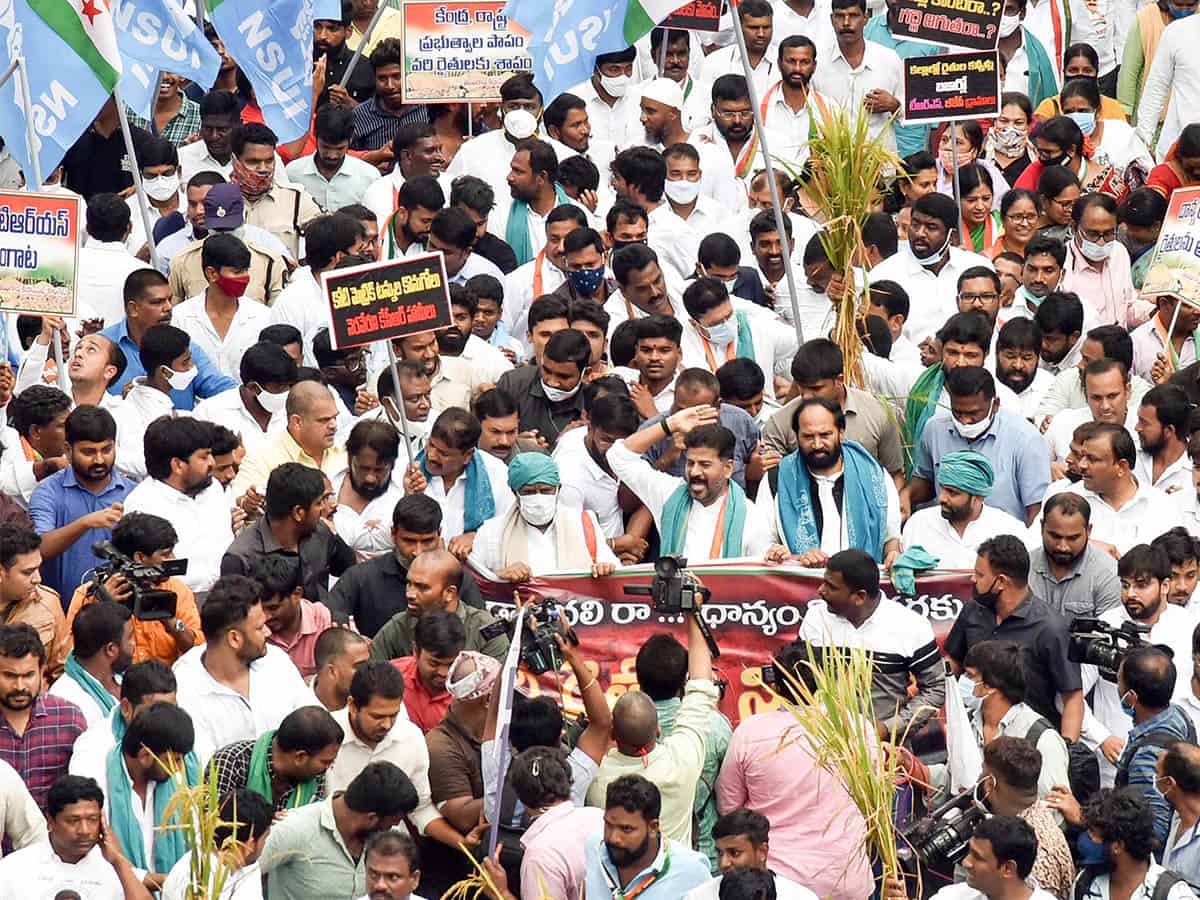 Hyderabad: Congress leaders from Telangana on Thursday took out a rally against the Bharatiya Janata Party (BJP) and ruling Telangana Rashtra Samithi (TRS) in the state, to protest against the “political drama” between both parties. The grand old party held a rally from Public Gardens till the state Agriculture Commissioner’s office here at Nampally, demanding completion of paddy procurement.

Speaking at the protest, Revanth Reddy questioned the intentions of the Telangana chief minister K Chandrasekhar Rao (KCR) and said that he is “indulging in street drama”. He added that the Congress will fight against the “TRS-BJP nexus”, which he stated is anti-farmer and pro-big business. The TPCC chief demanded that KCR should call for an assembly session and pass a resolution against the Farmer laws brought in by the centre if he really cares about fighting for farmers.

“Let’s end all this drama here. I ask all congress all leaders and activists to go and meet farmers and stand by them. We will wait until November 23 for the chief minister to give a road map for paddy procurement. After that we will gherao Pragathi Bhavan,” Revanth Reddy stated.

The Protest by Congress leaders was held on the same day when KCR along with his party leaders also held a public protest at Dharna Chowk in Hyderabad, protesting against the BJP with regard to the Pradeep procurement issue. The chief minister has been at loggerheads with the Centre and has been demanding the central government to procure more paddy.