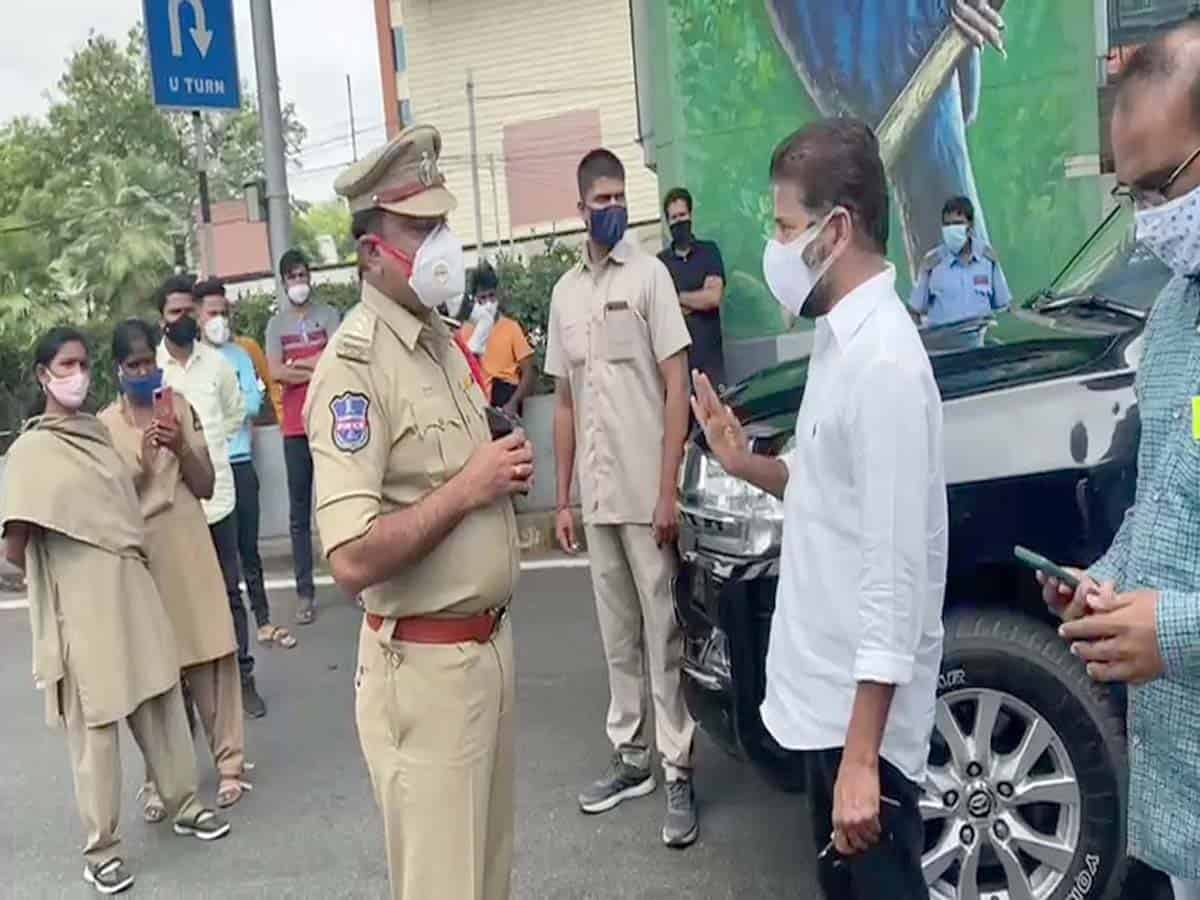 Hyderabad: The city police tosh stopped MP A. Revanth Reddy who was going to Gandhi Hospital to distribute food to Covid 19 patients and their family members. The act of the police led to an argument between the MP and Begumpet police.

The police told the MP that they had orders from state minister KTR to stop the MP and prevent him from going to the Gandhi Hospital. The police rounded up the vehicle of the MP. Revanth expressed his anger over the attitude of the police and wondered as to how the rulers of the state were doing politics over the hunger of poor people. He also wondered if it was a crime to feed the poor during the period of the ongoing lockdown.