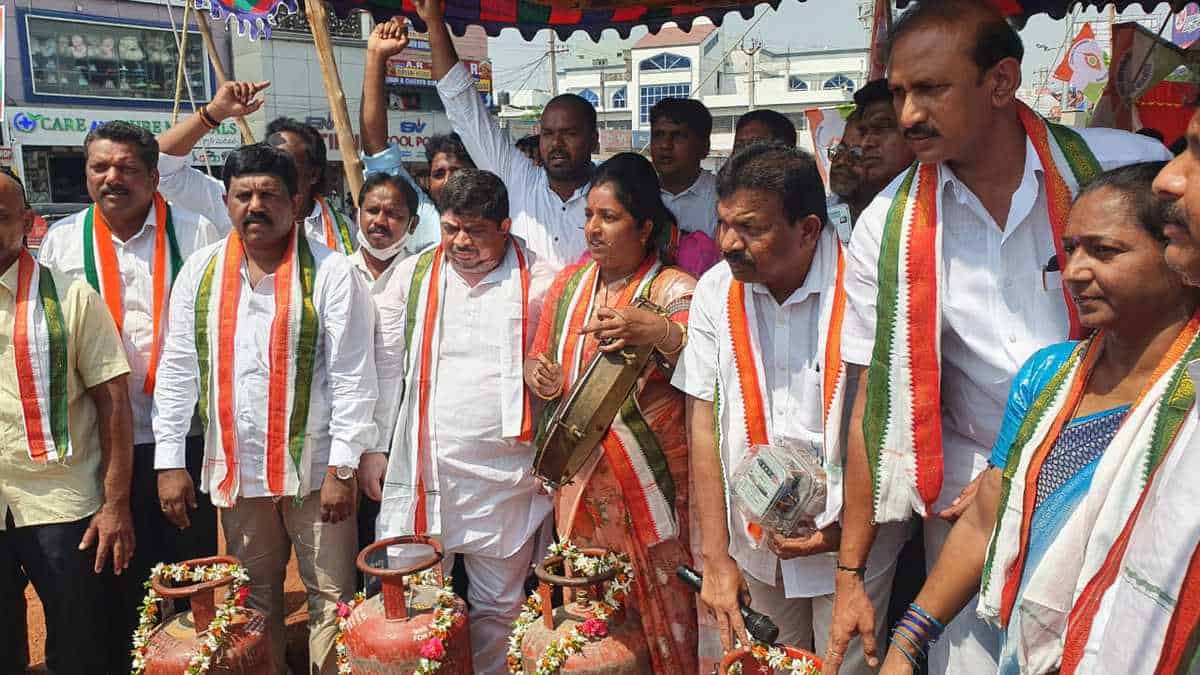 Hyderabad: A group of local Muslim Congress leaders feel that their party leadership in the state and Hyderabad Lok Sabha constituency is not doing enough to put up a fight against the dominant All India Majlis-E-Ittehadul Muslimeen (AIMIM), which holds sway in the Old City. The leaders have also claimed that their some from within are allegedly helping the AIMIM as well.

In Telangana, out of the state’s 119 assembly seats, the Malakpet, Karwan, Goshamahal, Charminar, Chandrayanagutta, Yakutpura, and Bahudurpura constituencies come under the Hyderabad Parliament constituency. With the exception of Goshamahal which is held by BJP’s Raja Singh, the other six seats are bastions of the AIMIM.

AIMIM chief Asaduddin Owaisi has been the member of Parliament (MP) from the Hyderabad Lok Sabha seat since 2004. His party has not lost it since 1984.

Speaking to Siasat.com, the unhappy Muslim Congress leaders from the party’s local cadre deplored the manner in which the party is currently handling the Hyderabad Lok Sabha seat. “It has led to the gradual destruction of the party, which has gone from being a dominant force to now becoming non-existence,” said one of the leaders who did not want to be named.

Another Muslim leader, who also did not want to be quoted, said that the Congress high command has made it clear that it has nothing to do with the AIMIM long ago. “Our party also suffered losses due to the AIMIM’s campaigning across the country in various elections. But many leaders, especially of the state minority wing, are in cohorts with AIMIM due to personal arrangements and agreements between them,” he alleged.

The minority leaders from Hyderabad also deplored the the approach of Congress working president and former Lok Sabha MP from Secunderabad Anjan Kumar Yadav, which they say has mainly led to the situation. “He was the city in charge for ten years. He lives in Puranapool and contests from Secunderabad. Nobody knows when Mr. Yadav last visited the area and sat down with us,” claimed another Congress leader.

In the 2014 state general and Lok Sabha elections, the ruling Telangana Rashtra Samithi, Congress and the AIMIM contested individually, while the TDP and BJP had an alliance. Back then, many erstwhile Congress leaders, who were on good terms with the AIMIM leadership, ensured they had support or minority votes through an unofficial understanding.

This however changed when the AIMIM, which always maintained it is on ”friendly” terms with the TRS, supported the latter and did not contest in seats across the state in the 2018 state polls (unlike in 2014).

On the question of current Telangana Pradesh Congress Committee (TPCC) A Revanth Reddy’s vision for the region, a senior leader Muslim Congress leader said that Reddy is focusing only on the TRS and doesn’t want to get into a fight with AIMIM. “He hasn’t even once called for a rally or a meeting in the Old City. How will you build cadre this way?” he questioned.

They also claimed that the party’s minority wing is putting up zero efforts to put up the fight against the AIMIM. “The minority wing’s current leadership has failed to raise issues pertaining to the Old City. Even leaders of the BJP raised questions against the TRS and AIMIM on the flood situation in the area. What are our leaders up to?”, said one of the Congress leaders.

Ahead of former Congress president and MP Rahul Gandhi’s visit to the state on May 6, leaders of the Old City cadre demanded that he hold a special meeting with ground-level workers of the party. “He should meet with booth-level workers so that he understands the situation the party is in right now. Mere meetings with leaders of the minority wing, who have failed to build the party won’t do much,” they said.

The group also pointed out that a demand by the local cadre to set up a separate office in the Hyderabad Lok Sabha seat area has not been met. “AIMIM has offices in every street. BJP is also setting up many. We don’t even have one single office in the whole region. We request Rahul ji to listen to us and direct the state leadership to strengthen our local leadership here,” he said.