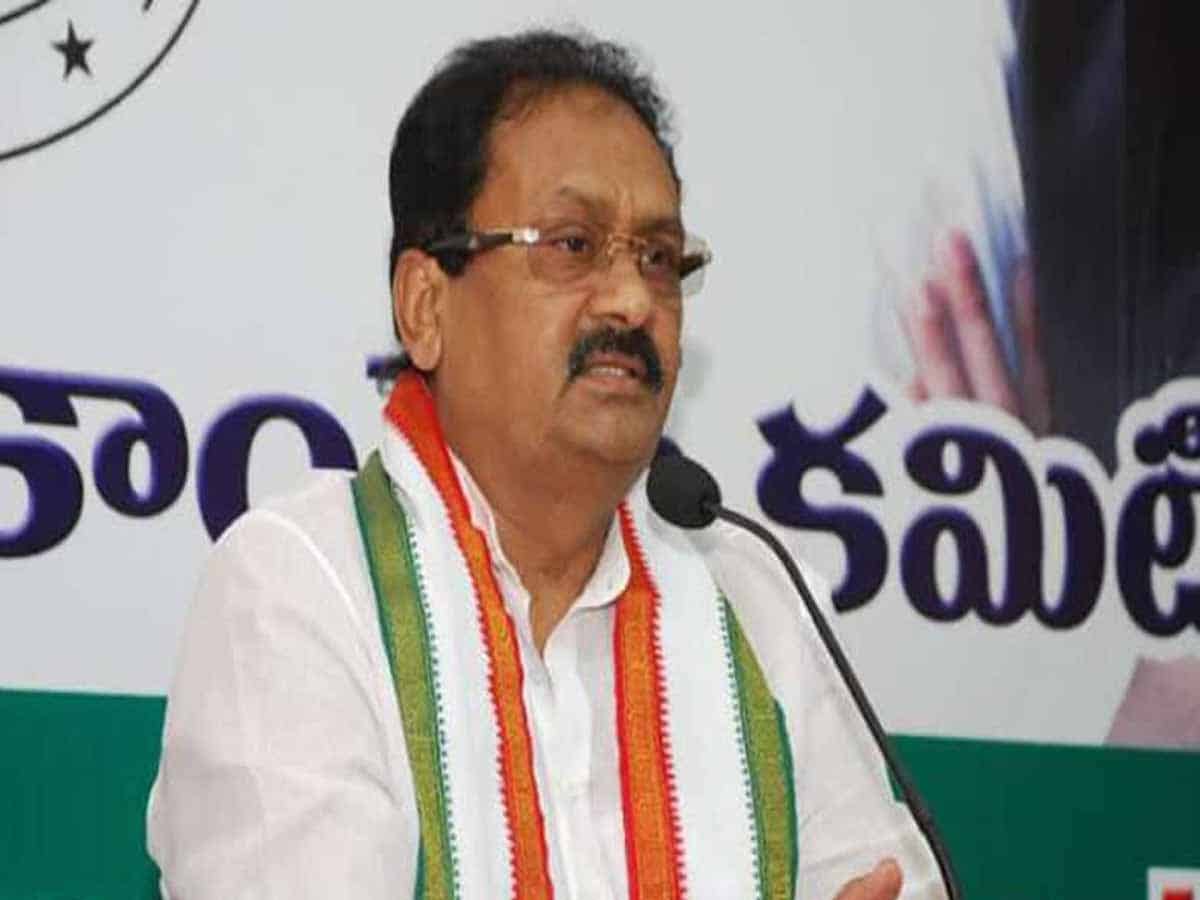 Hyderabad: The Congress party on Friday slammed the State Election Commission and the TRS Govt for announcing the schedule for holding elections to two municipal corporations and five municipalities.

“It looks ridiculous that the SEC has announced the poll schedule within two hours after the Education Department announced cancellation of SSC exams and postponement of intermediate exams in view of Covid-19 situation. This dual approach by Chief Minister K. Chandrashekhar Rao and his government is quite puzzling. TRS Govt shuts down all schools, but permits liquor shops to operate till late in the night,” former minister & ex-Leader of Opposition in Telangana Legislative Council Mohammed Ali Shabbir said while addressing a press conference at Gandhi Bhavan here on Friday.

Shabbir Ali demanded that the Telangana Government declare a medical emergency in the State in view of rising cases of Covid-19 and deaths. He also demanded the postponement of municipal elections.

He said that the State Government has completely failed to deal with the Covid-19 situation.

He said no beds were available either in government or private hospitals, anywhere in the State.

Further, there was a huge shortage of oxygen in many government hospitals. Similarly, the ventilator beds were not available even at a premium, he alleged.

Shabbir Ali said that there was a huge contradiction in the claims being made by Health Minister Eatala Rajender regarding the availability of facilities in government hospitals and the real situation.

He said that the Health Minister does not even have an idea about available bed strength in the State. Citing an instance, Shabbir Ali said that a Mandal president of Congress party from Kamareddy district was admitted for Covid treatment and doctors have recommended his shifting to any major hospital in Hyderabad.

Although the Media Bulletin shows that over 2,500 beds are vacant in GHMC limits, which include 1,466 beds in Gandhi Hospital and 806 in TIMS.

He said he personally spoke to the Health Minister seeking his intervention for admission in any major hospital for Kamareddy’s leader, but all those efforts proved futile.

The Congress leader accused the TRS Government of hiding real statistics pertaining to Covid-19 cases and deaths. Similarly, he said that the details of healthcare facilities were also being exaggerated to stake false claims.

“Chief Minister K. Chandrashekhar Rao is playing with the lives of innocent people by tampering with the Covid-19 figures. He is apparently the only Chief Minister in the country who did not hold any review meeting on Covid’s situation. His only focus is on politics. He is least bothered whether people live or die due to Coronavirus. His only concern is to win the elections at any cost,” he said.

Shabbir Ali said that people have now realized that KCR was a highly selfish politician whose only goal is to win elections.

Therefore, this time people of Nagarjuna Sagar have decided to teach KCR a fitting lesson and they would do this by ensuring the victory of Congress candidate Jana Reddy with an overwhelming majority of over 50,000 votes.

The Congress leader said that the State needs to take a break from elections and other activities involving crowds and mass gatherings.

Therefore, he said that the elections of two municipal corporations and five municipalities, which are scheduled to be held on April 30, be postponed.

“It is strange that the TRS Government has shut down schools and colleges, but permitted wine shops as it needs more revenues. Similarly, the government has cancelled/postponed board exams in view of Covid-19 situation. But it wants to hold municipal elections. CM KCR must stop taking this dual stand,” he said.