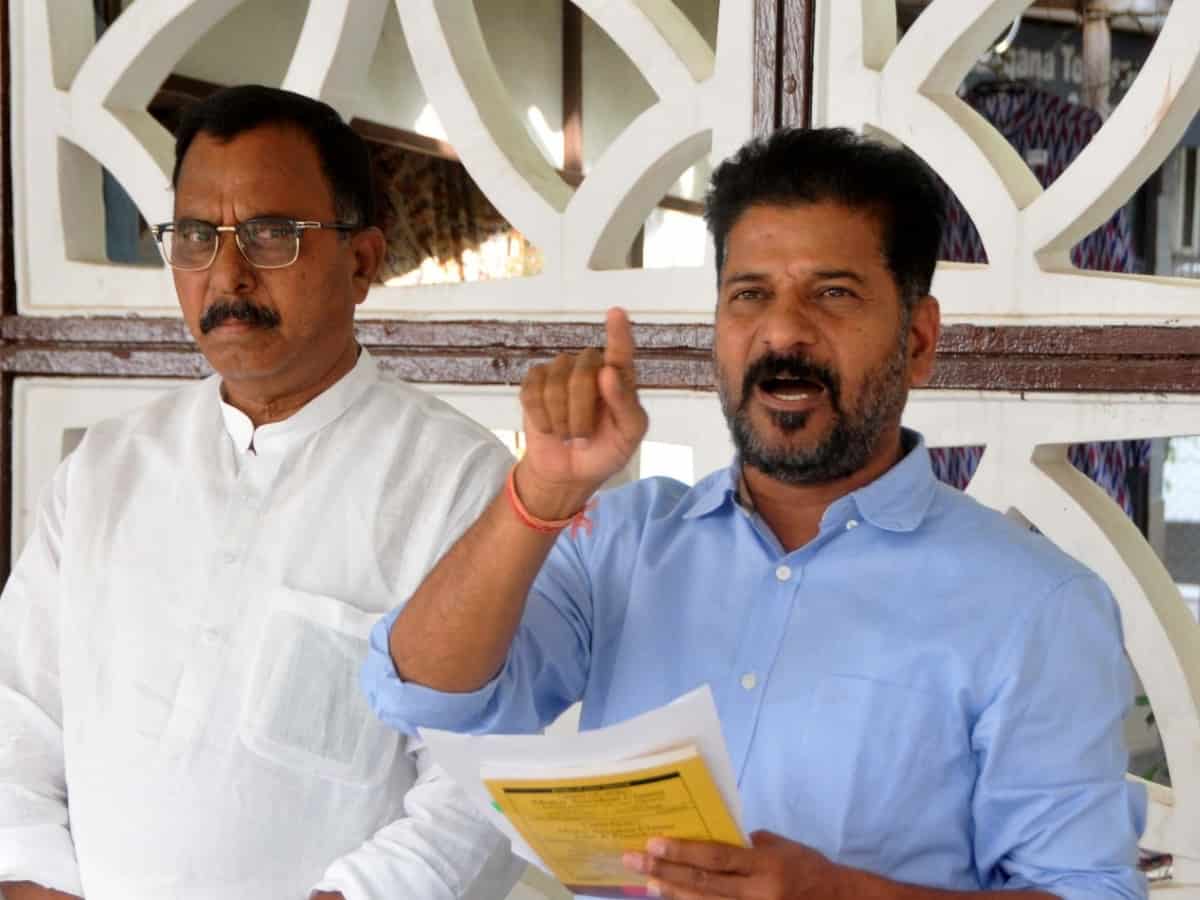 Hyderabad: Telangana Pradesh Congress Committee (TPCC) president Revanth Reddy said on Wednesday that Hyderabad police was trying to save the real culprits in the Jubilee hills gang-rape case and hiding the truth.

He said that the Congress youth wing would not hesitate to carry out physical attacks on those who promote immoral acts and affect Hyderabad’s brand image.

Revanth spoke at a press meet at the Telangana Bhavan in New Delhi and said, “The car in which the accused victim traveled was a crucial clue and the police must question the pub owners who allowed minors to drive a vehicle,” Revanth said.

He also demanded to know why Commissioner of police CV Anand did not disclose all the details about who owns the vehicles in question.

“There are news reports about family members of CM KCR and AIMIM leader Asaduddin Owaisi being involved in the case. The vehicle in which the crime took place is also allegedly a government vehicle,” Revanth stated.

“Why did the police not seize the Innova vehicle until the 4th of June?” he asked, alleging that the police are attempting to protect the real culprits by tampering and erasing evidence.

“Hyderabad has been turned into a pub and drug haven by KCR and KTR. From a cosmopolitan city, it has become a toxic city,” said Revanth.

He added that lawsuits have to be filed against pub owners for allowing minors and their licenses should be revoked.

“The Congress party will not sit silently while Hyderabad’s brand image is destroyed,” he said, adding that the youth Congress will not hesitate to attack anyone who tries to promote immoral acts.

TPCC spokesperson Dasoju Sravan said that Telangana police had double standards and were adopting different yardsticks for the poor and rich while investigating the rape case.

“In case of Disha rape and murder case, police found out the culprits and revealed their identities even though minors were involved. Even before the trial, police have encountered the guilty. But in the Jubilee Hills rape case, police are trying to hide the details of guilty and their parents saying they are minors.”

“Leave aside arresting the guilty, police are even fearing to answer the media queries and trying hard to hush up the whole incident as powerful politicians’ families are involved,” said Sravan.