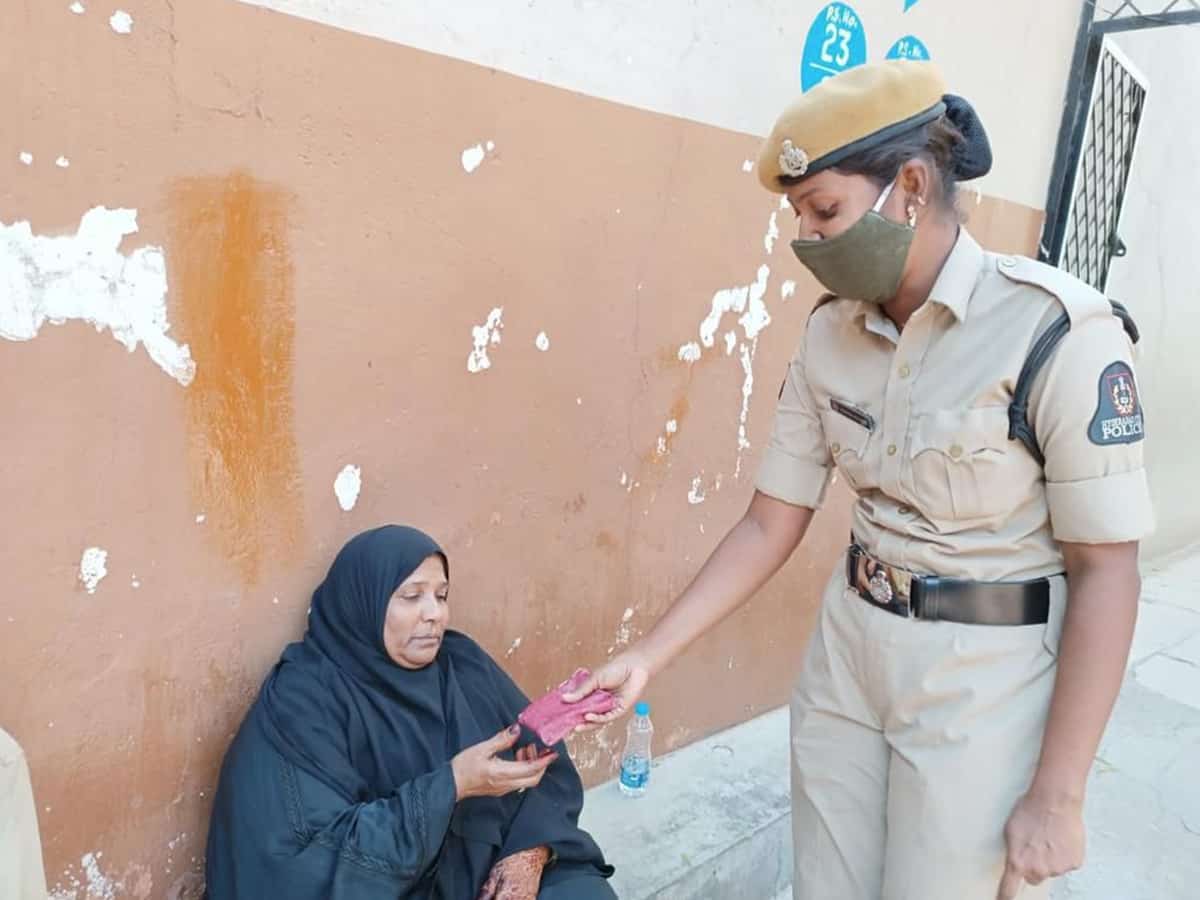 Hyderabad: Khaleda Begum lost her wallet containing Rs 15,000 in cash and golden jewelry weighing 15 grams, when she came to cast her vote this morning for the Greater Hyderabad civic polls.

However, thanks to a lady police constable who had found the wallet at Azampura polling station in Malakpet, and returned it to Khaleda.

Meena, who has been newly appointed as a constable in the Hyderabad City Armed Forces Reserve at police headquarters was posted at Azampura ward polling station in Malakpet division in view of Greater Hyderabad Municipal Corporation (GHMC) polls on Tuesday.

Meena was controlling the women voters at the Azampura ward polling station when mild tensions prevailed there, after police confiscated six autos that were being allegedly used to facilitate the transport for bogus voting.

During this tension, Khaleda had misplaced her wallet and was seen crying at the polling station. It was only after an hour the police constable came with the wallet and returned it to Khaleda.

Khaleda later thanked the young cop for finding the wallet.