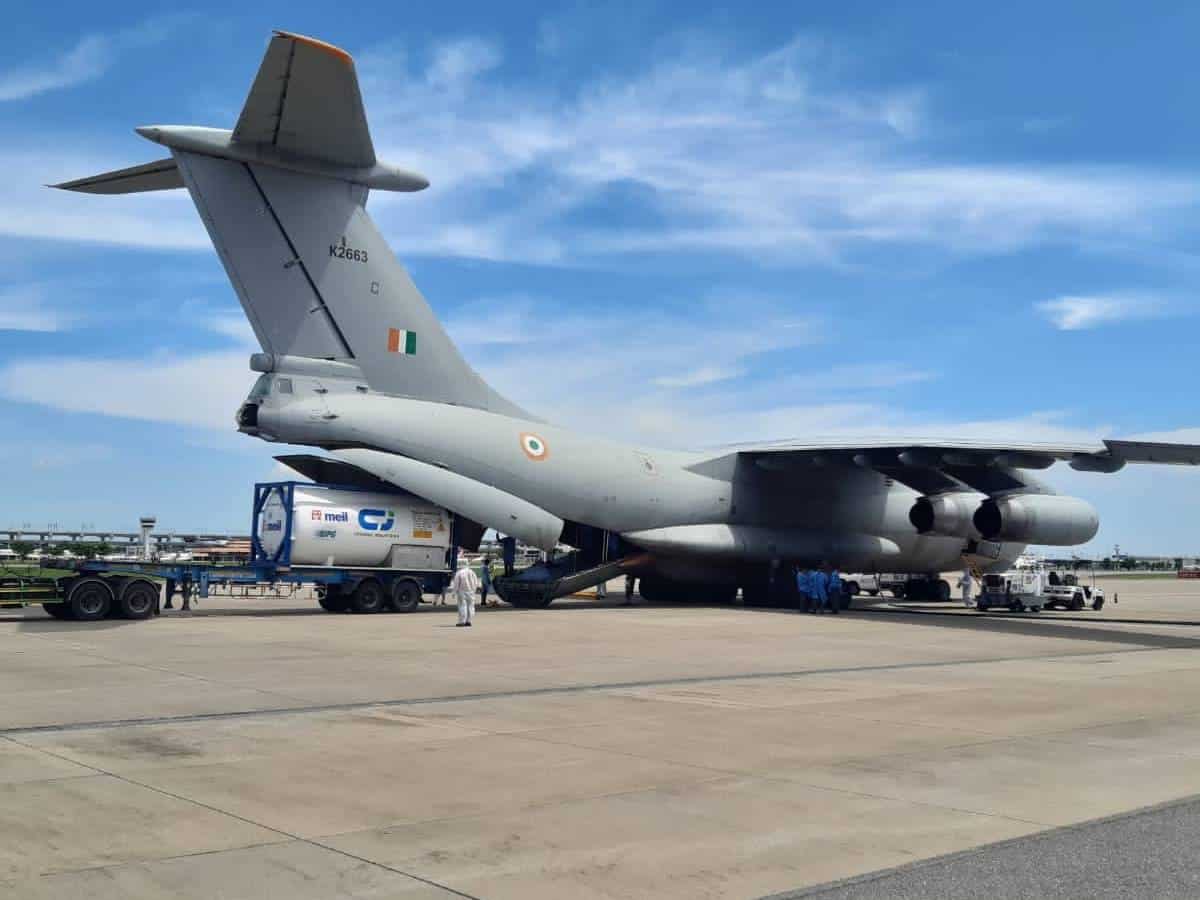 The first batch of three cryogenic tanks of liquid medical oxygen tanks on an army aircraft landed at the Begumpet Air Force station on Saturday, and the remaining eight will be reaching here in few days. This is the part of ongoing efforts by the Indian Air Force (IAF) to support the national fight against the COVID-19 virus.

As per media reports, the Hyderabad headquartered infrastructure firm will install these cryogenic oxygen tanks to supply medical oxygen to hospitals, both public and private, free of cost in the state. Ever since the country’s fight against the second wave started, states like Goa, Delhi Telangana and Andhra Pradesh have witnessed several deaths in the last fews linked to shortage of medical oxygen.

These eleven cryogenic tanks will help to increase the supply of liquid medical oxygen and cater to the needs of the hospitals that are in dire need of oxygen at free of cost. This is the first first time in the country wherein a large number of cryogenic tankers were imported. Each Cryogenic oxygen tanker will be able to give 1.40 crore liters of oxygen and 15.40 crore litres from all the eleven tanks.