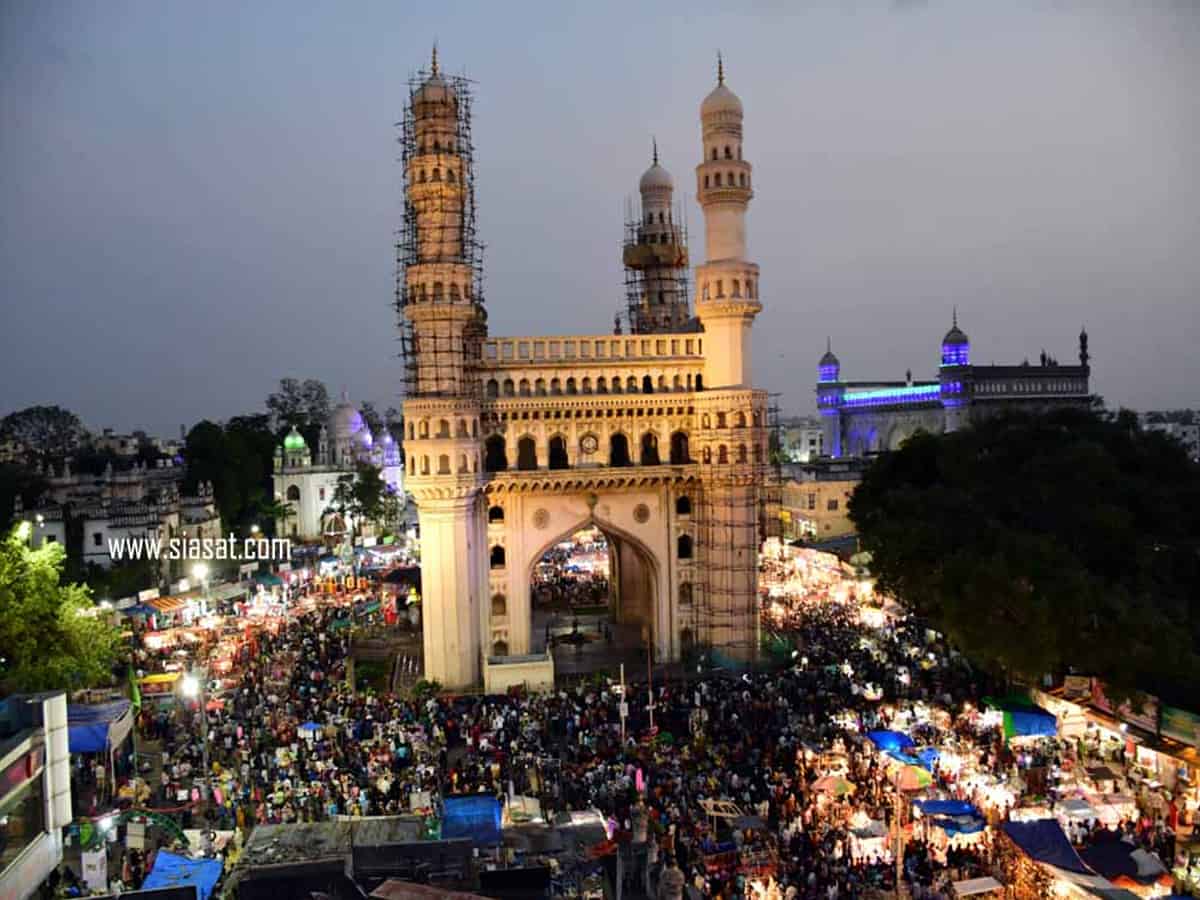 Hyderabad: Amid the ongoing rise of COVID-19 cases, the Archaeological Survey of India (ASI) has shut down the historic Golconda fort and Charminar. A circular from the ASI on Thursday said that all monuments/museums protected by the central government under the agency have been shut with immediate effect until May 15.

While the ASI has closed its monuments for visitors, there is no intimation about other heritage buildings or historical monuments that fall under the state government, like the Qutb Shahi tombs, which are currently still open. The Charminar and Golconda fort were also shut last year as well due to the lockdown imposed due to the ongoing COVID-19 pandemic. Both, along with other places, had reopened only in September 2020.

After the monuments reopened, there were not many visitors for the first few months, but things had slowly staggered to normalcy by February this year, as hundreds of people were visiting both the Charminar and the Golconda fort. In Telangana, the state government has not imposed any kind of lockdown so far, but has shut down schools and colleges in wake of the pandemic.

It is unclear as of now if the state government will also shut down historical monuments. As of Thursday, all public spaces are open, and there not been any intimation on this front. Moreover, it may be noted that apart from chief minister K. Chandrasekhar Rao, state health minister Eatala Rajender had also said that another lockdown will not be implemented.

The Charminar is Hyderabad’s foundational monument. Built in 1591, it was constructed to mark the city’s establishment by Mohammed Quli Qutb Shah, the fourth ruler of the Qutb Shahi (or Golconda) dynasty. Prior to the Charminar being built, the Golconda fort was a walled city, from where the first three kings Qutb Shahi kings had ruled.