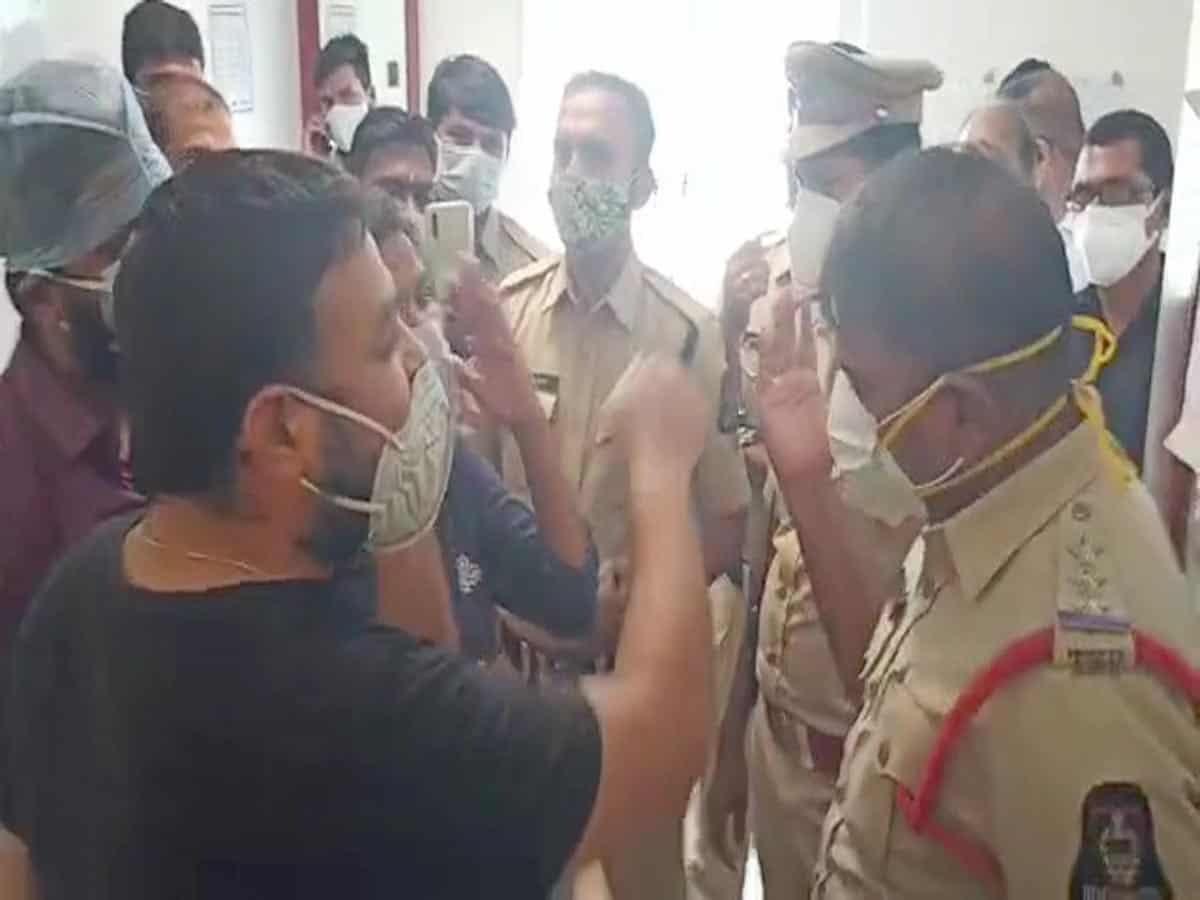 Hyderabad: Tension prevailed at a corporate hospital under Panjagutta police station after the kin of a deceased COVID-19 allegedly ransacked the hospital and attacked the staff.

On May 9 this year, Vamshi Krishna a software engineer and resident of Boduppal was admitted into Vrinchi hospital at Banjara Hills after he was found infected withe corona virus. While undergoing treatment the patient died upon which the kin of the doctors has obtained second opinion over the treatment given Vamsi. It was reportedly told by the doctor that the patient was not given proper treatment at the hospital.

On coming to know this, as many as a group of 15 kin of Vamsi barged into the hospital on Thursday evening and allegedly damaged the front office and furniture of the hospital. Few members of the hospital staff were also attacked.

The hospital management immediately informed to the local police station upon which a team of Panjagutta police station reached the spot and taken into custody all the kin of the deceased patient.

A case was registered with the Panjagutta police station and the kin were arrested and being produced before the court.