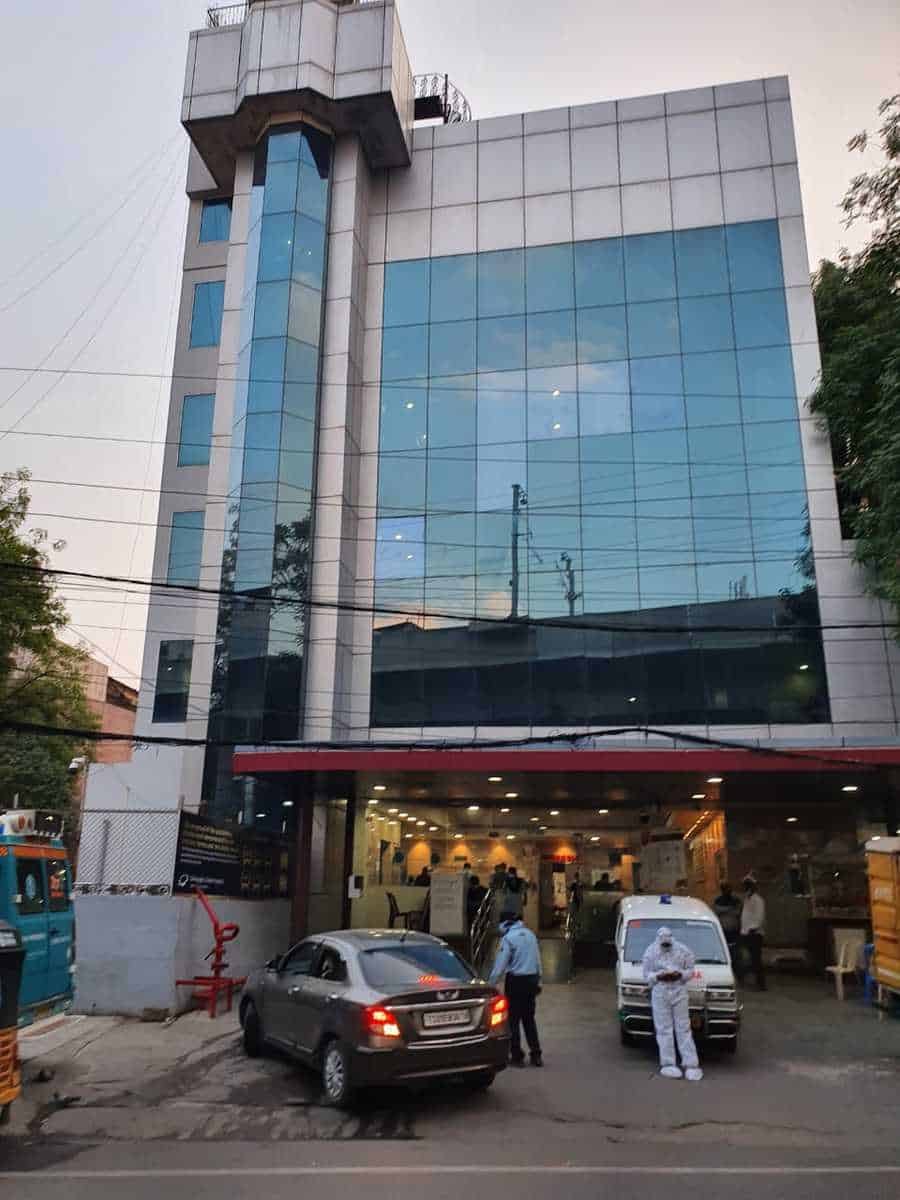 Hyderabad: With COVID-19 cases spiralling over the last 10 days, there is an acute shortage of beds in private hospitals across the city, with not even one major healthcare centre having space to accommodate new patients. Moreover, due to a lack of government supervision on prices, hospitals are also fleecing desperate patients, whose families are being forced to shell out Rs 50,000 per day for a normal bed, and Rs 60,000 to Rs 1 lakh per day for a ventilator bed.

The situation is so grim in the city, perhaps even worse than last year after the pandemic broke out, that not even a single major hospital chain has beds available. Siasat.com on Thursday visited different branches of Yashoda and Apollo hospital, apart from other places like Olive Hospital (Tolichowki) and Global hospital as well. Not even one of those places said that they have a single bed available.

At Apollo Hospital’s Secunderabad branch, representatives said that there were no discharges listed for Thursday, and that no new patients could be taken then. When asked about the price, they said that a normal COVID-19 bed would cost Rs 50,000, and that a ventilator bed (ICU) will cost anything between Rs 80,000 to Rs 1 lakh. An official from Olive hospital, who did not want to be quoted, said that a ventilator bed would cost Rs 60,000. He added that the existing situation has been prevailing from the last one week or so.

Rising COVID cases, and the resulting shortage of beds has led to a helpless situation among family members who are trying to find COVID beds or ventilators in hospitals for their suffering family members. Where most hospitals are completely denying having any beds available at all, other hospitals are only giving beds to their “regular customers”.

In fact, when one of these reporters went to Yashoda Hospital, Somajiguda, to enquire about beds availability for COVID-19 treatment, the help desk representatives asked him to wait for over half an hour, and made excuses on being questioned about the poor response. Similarly, Global Hospital, Lakdikapul, is only giving beds and ventilators to patients who frequent their hospital regularly. Many citizens also alleged that private hospitals have extra beds, but that those being kept for VIPs who can pay the “extra amount”.

“A health emergency and medical crisis is basically business season for private hospitals,” said a senior person from the city, who did not want to be quoted. While some hospitals refused to reveal the cost of beds and ventilators, others like the Krishna Institute of Medical Sciences (KIMS) were ambiguous. On contacting the front desk, a representative said that the cost of beds depends on the condition a person is in and the treatment they have to undergo.

As per the Telangana State Public Health department’s website, there are a total of 14,785 beds in private hospitals across the state, of which 6,991 are occupied, while 7,788 are vacant. It would be safe to assume that a majority of these beds are in Hyderabad. According to the same data, 1,667 regular beds are currently occupied, 3,085 oxygen beds are in use and 2,239 ventilator beds are also occupied. The numbers clearly are in stark contrast with the current scenario in the city.

On June 15, 2020, in response to complaint about arbitrary charges by private hospitals, the state released a government order capping the price of COVID-19 tests to Rs 2,200, and fixing the the price of beds per day between Rs 4,000 (routine ward plus isolation) to Rs 9,000 (ICU, without ventilator plus isolation). These costs were however did not include other things such as PPEs, interventional procedures, and high-end investigations like MRI/CT scan.

However, even if there are added costs, the price of Rs 50,000 for a non-ventilator bed is also rather steep. When contacted, a government functionary, who did not want to be quoted, said that most hospitals are flouting norms, and are not bothered about the government’s cap on prices. Clearly, there is even no semblance of the rules being followed as of now.

On Thursday, the state reported 3,307 new COVID-19 cases (in the last 24 hours), taking Telangana’s tally to 3,38,045. A media bulletin from the government said that eight more deaths were reported on the same day, with the total deaths now reaching 1,788. Of the 3,307 fresh cases, 446 alone were from the Greater Hyderabad region alone, while 314 cases were from Medchal-Malkajgiri district.