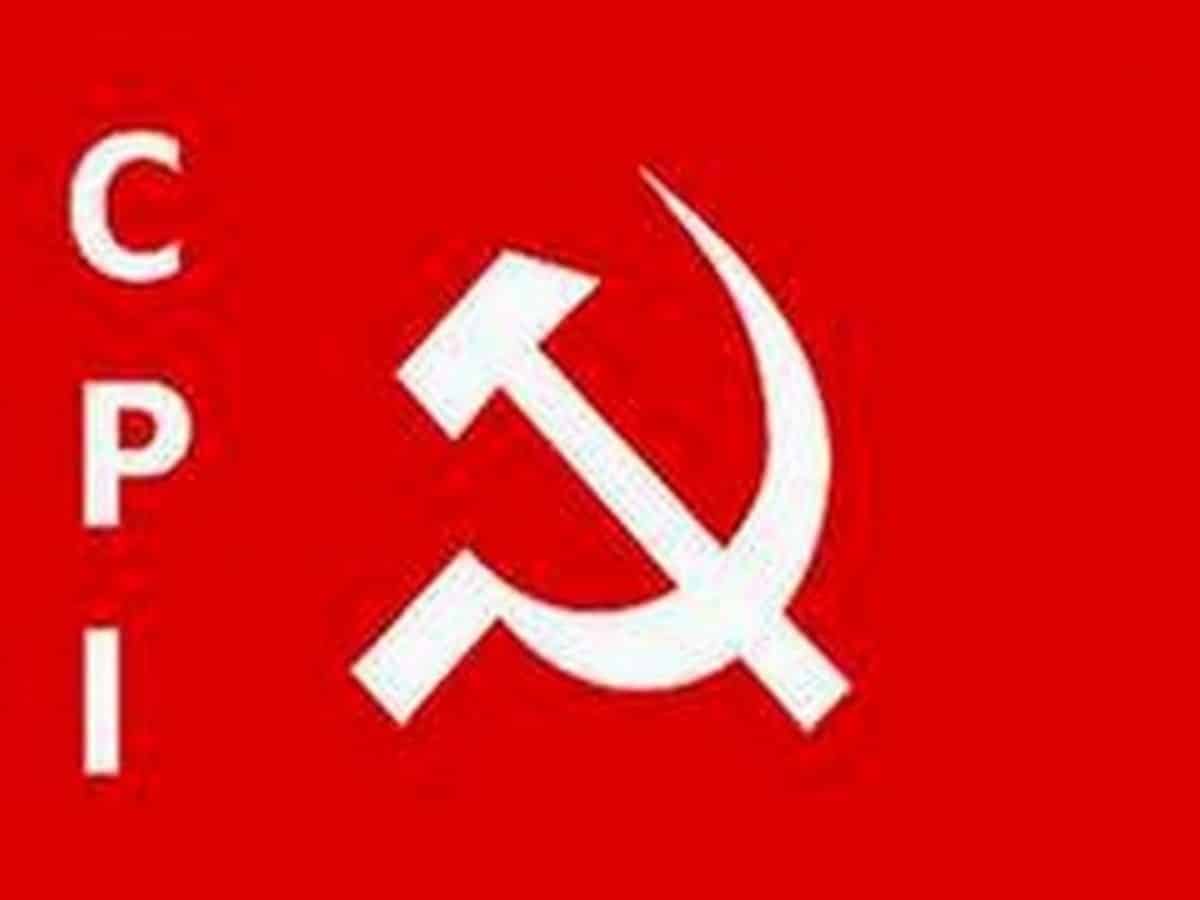 Hyderabad: The Communist Party of India (CPI) on Thursday held a protest in Hyderabad against the arrest of party MP Binoy Vishwam.

The protest was held at Himayatnagar Y Junction in Hyderabad.

“We are protesting against the illegal arrest of CPI leader Binoy Vishwam. If this continues, we will hold a large agitation. After the Telangana government was formed they are trying to sabotage everything by using police power and filing false cases and sending people to jail. This will not be tolerated in Telangana. We have been asking the government to give patta land for the poor in Warangal. In the coming days, we will gather the poor and agitate,” said ET Narasimha, CPI state secretary.

The CPI leader alleged that Telangana Chief Minister K Chandrasekhar Rao did not fulfil the promises he made to the people.

“We want to tell the KCR that he cannot sabotage the police force and rule undemocratically. We demand the state government to fulfil the promises you have made. He promised to give patta land to the poor but he did not do it,” he added.

CPI national secretary and MP Binoy Vishwam was arrested in Hanumakonda on Wednesday when he joined a protest demanding houses for the poor.