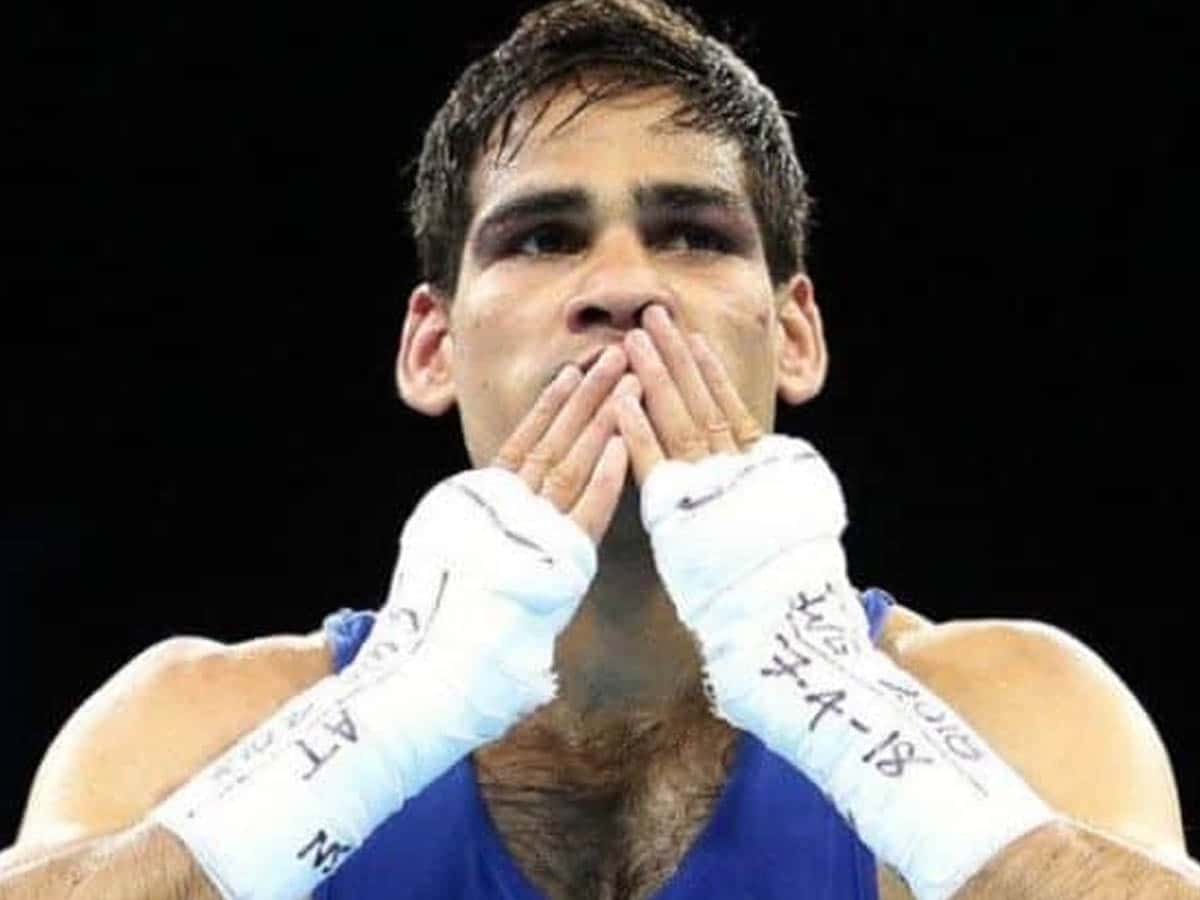 Hyderabad: After Nizamabad’s Nikhat Zareen who recently won a gold medal at World Boxing Championship, another boxer Mohammed Hussamuddin from the same district is going to represent India at the international level.

His position in the 57kg category was confirmed following his performance in the trials conducted to select the Indian team for the Games.

He exhibited a brilliant display of clean and technical boxing to claim a 4-1 win against the 2019 Asian Championship silver medallist Kavinder Singh Bisht.

Meanwhile, other boxers also secured their places in the Indian men’s boxing team for the Commonwealth Games 2022. They include five-time Asian Championships medallist Shiva Thapa and Amit Panghal.

Other Indian pugilists who also emerged victorious on the final day of the trials to secure their places in the Indian contingent for the Birmingham event were Rohit Tokas (67kg), reigning national champion Sumit (75kg), Ashish Kumar (80kg), Sanjeet (92kg) and Sagar (+92kg).

A three-day event saw boxers fighting it out in eight categories for a place in the CWG 2022, scheduled to take place in Birmingham from July 28 to August 8.

In CWG 2018, Indian boxers had finished second, securing nine medals, including three gold and as many silver and bronze medals.