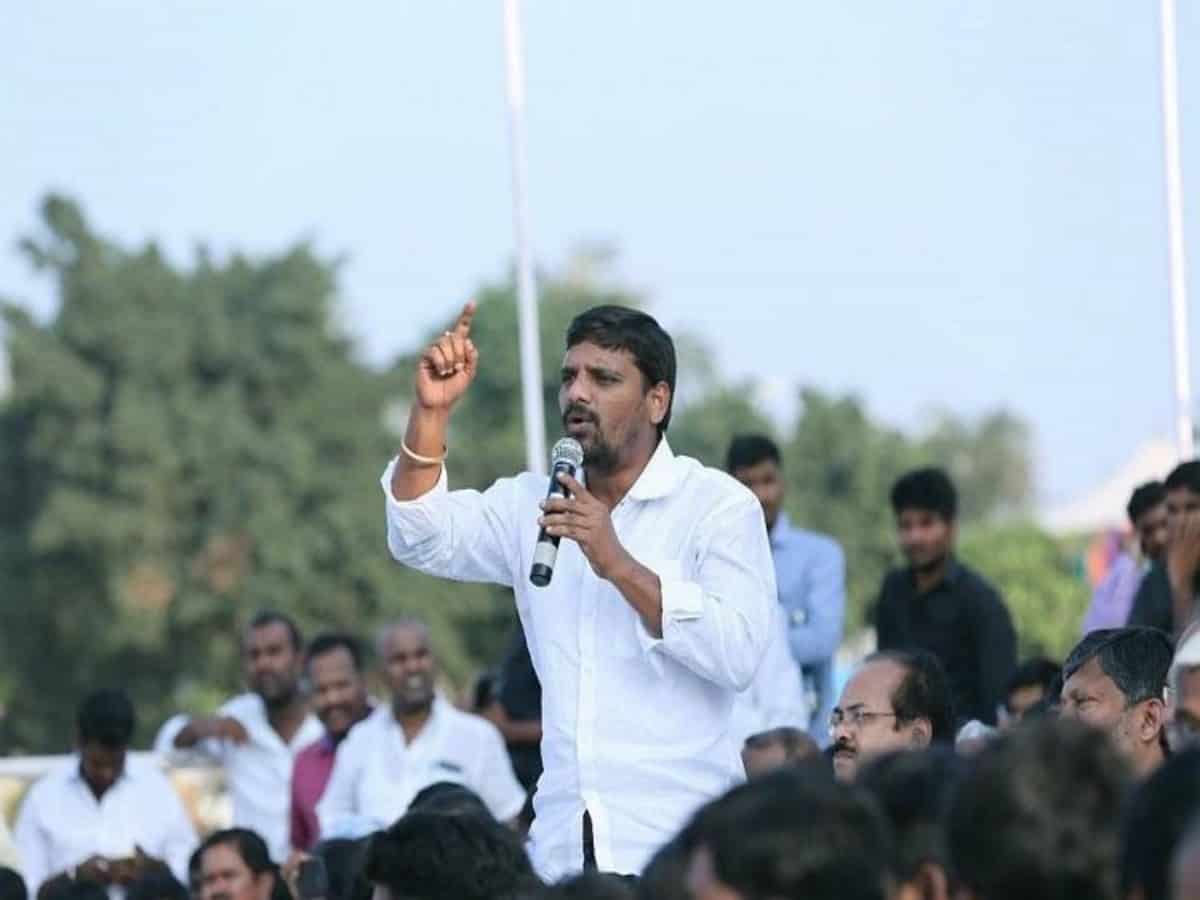 Hyderabad: Cyber crime police today took Journalist and activist Teenmar Mallanna into custody in Astrologer Laxmikantha Sarma threatening case. A case was filed against Mallanna with the Cyber Crime police in the past .

The police took Mallanna into custody after local court granted a day long custody of the YouTube anchor.

Mallanna was interrogated by Tirumalagiri , Chilkalguda, task force and crime branch police so far for a period of four days . He underwent tests at Gandhi Hospital after conclusion of his custody .

He was sent to Chanchalguda prison amid tight security in Tuesday.