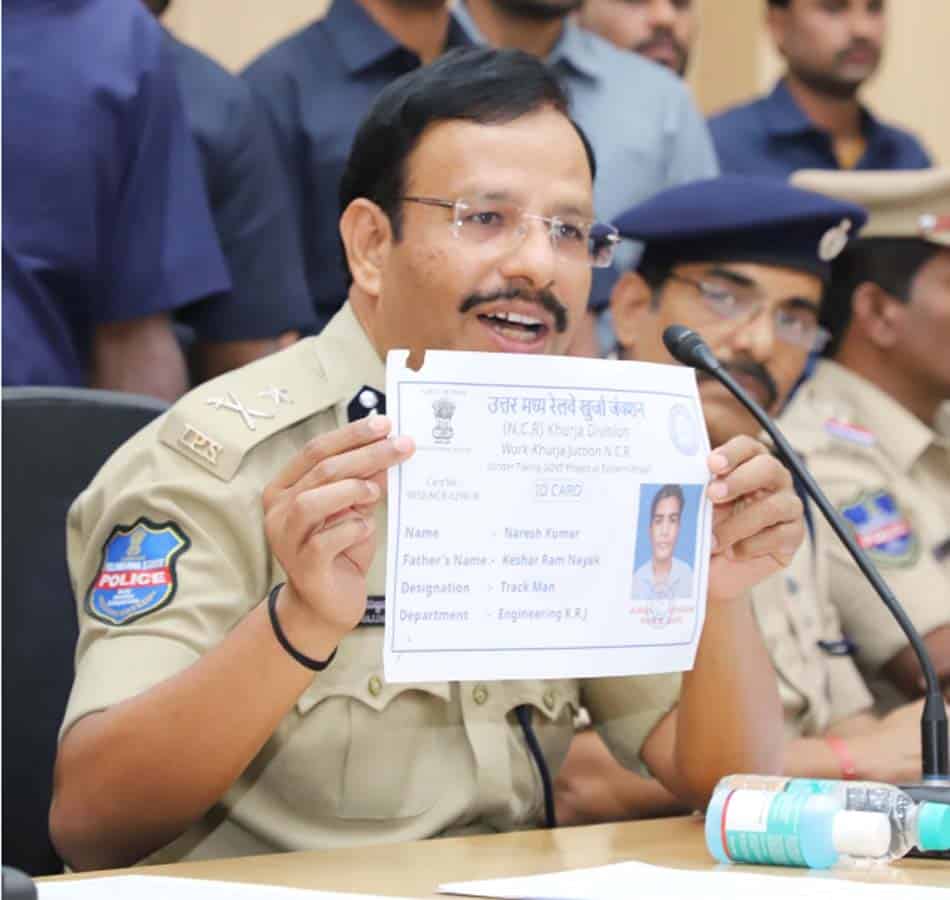 Hyderabad: The Special operations team of Cyberabad Police today arrested an interstate gang involved in fake jobs racket. The Commissioner of police of the Cyberabad VC Sajjanar said that the gang had cheated several people by promising Jobs in Indian railways .

He said that they had arrested three members of the gang Sarvesh Sahu aka Ashok Kumar native of Ghaziabad, Uttar Pradesh Abdul Majid Vijayawada native of Andhra Pradeshand added that two other members of the Misra and Dinesh were on the run.

He said that they had seized Rs.6 Lakh cash and fake appointment letters and ID cards from the possession of the accused .