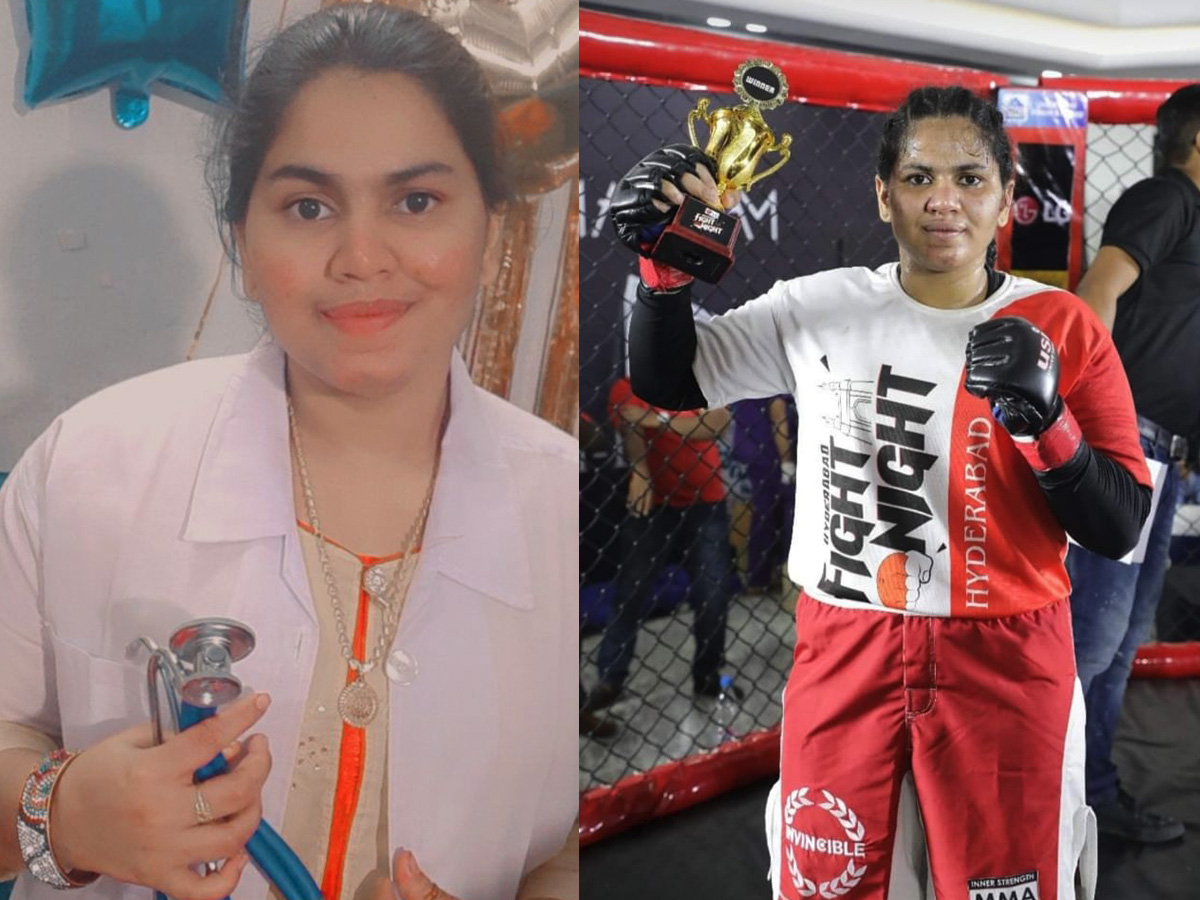 Hyderabad: 20-year-old Simran Fatima never complained living under thatched roof, with mounting financial struggle. She proved to be a successful mixed martial arts champion nevertheless, and now, is all set to become the first doctor in her family.

Daughter of a cycle mechanic Syed Jafar and Sameena Begum, Fatima believed in dreaming and working hard. “Our daughter has always made us proud; right from her childhood, she studied on scholarships, worked hard and won championships and today all her hard work paid off as she got what we all prayed for,” the parents said, with pride in their teary eyes.

Simran is now pursuing her medical degree at Dr VRK Women’s Medical College and further plans to do specialization in cardiology. “My parents worked hard to cater all our basic needs; my mother has given Arabic tuitions to the children to earn some, while my father worked day and night,” she said.  She also said that it is her time to pay back to her parents.

She offered special thanks to Iftekhar Husain, Secretary of Faiz-e-Aam Trust and Siasat Millat Fund for providing financial assistance.