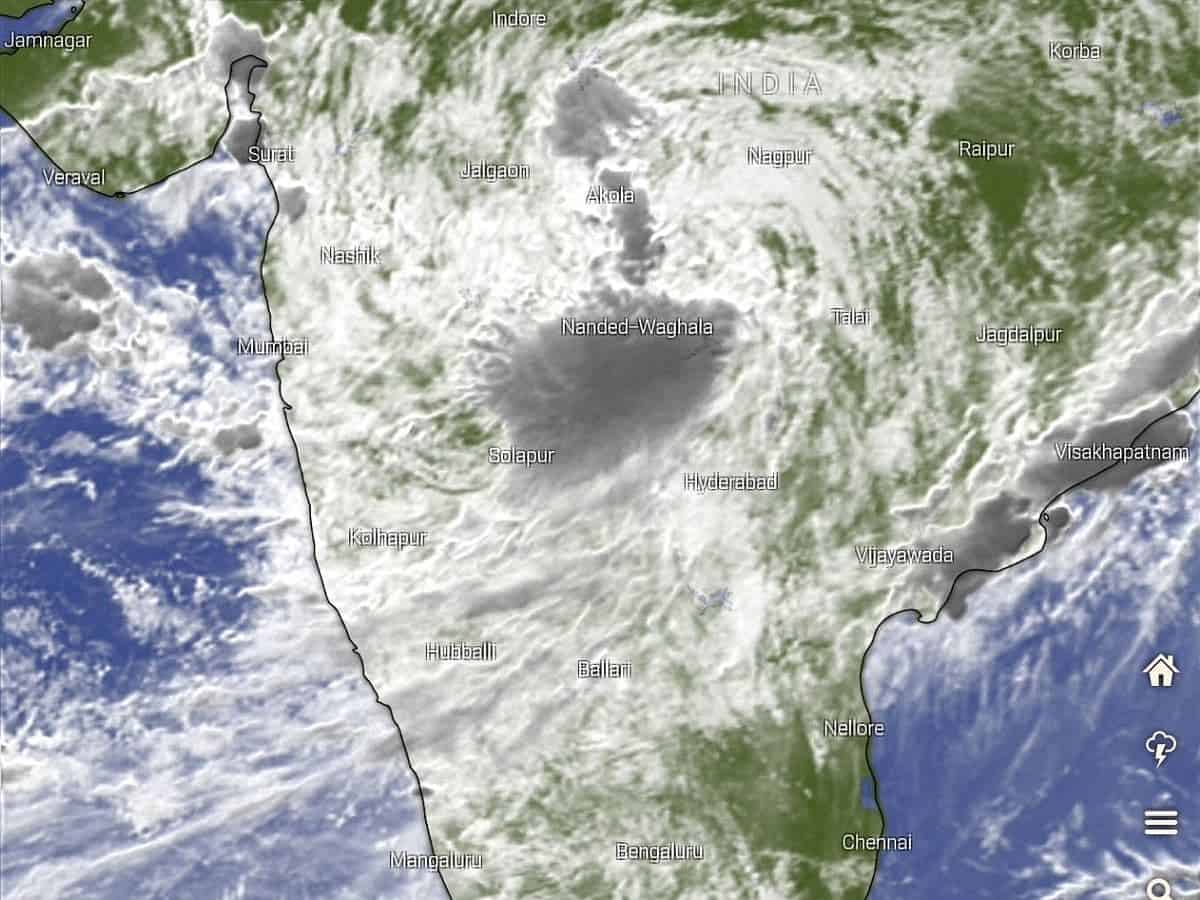 Hyderabad: Clouds formed due to cyclone Gulab have changed direction and are moving out of Telangana into Maharashtra and Gujarat, said Greater Hyderabad Municipal Corporation’s (GHMC) Enforcement Vigilance and Disaster Management wing on Tuesday.

“The Cyclone Gulab induced Cloud system has changed direction overnight and is seen to be moving out of Telangana into Maharashtra & Gujarat states. Very light sporadic showers, if at all & mostly clear skies may be expected in the city,” Vishwajit Kampati, EV&DM director, GHMC, tweeted.

In a notification issued at 5:30 am, the India Meteorological Department (IMD) noted, “Depression lay centered at 5:30 am on Tuesday, over Telangana and adjoining areas of Marathwada and Vidarbha. To weaken into a well-marked low-pressure area during the next six hours.”

It is likely to move west-northwestwards and weaken into a well marked low-pressure Area during the next 6 hours, the Indian Meteorological Department (IMD) said.

The IMD said that cyclone Gulab entered the ground over the weekend and turned into a low pressure, which is expected to enter the Arabian Sea on Thursday, September 30. If a new cyclone forms in the Arabian Sea, it will be called ‘Shaheen’.

According to the Telangana State Development Planning Society’s forecast (TSDPS), there will be generally cloudy skies. Light to moderate rain or thundershowers is very likely to occur in the city for the next three-days.

The Irrigation department on Tuesday also constituted 15 engineers to immediately inspect all 185 lakes in GHMC and HMDA limits and take preventive/necessary measures. People may report damage to irrigation structures in Telangana state to the flood control room.

Meanwhile, Telangana chief minister K Chandrashekhar Rao on Monday declared September 28 as a holiday for all government offices and educational institutions due to the heavy rains.

Chief secretary Somesh Kumar said the emergency departments like revenue, police, fire services, municipal, panchayati raj, irrigation, roads, and buildings should be on emergency duty to ensure that no property or lives are lost due to heavy rains.