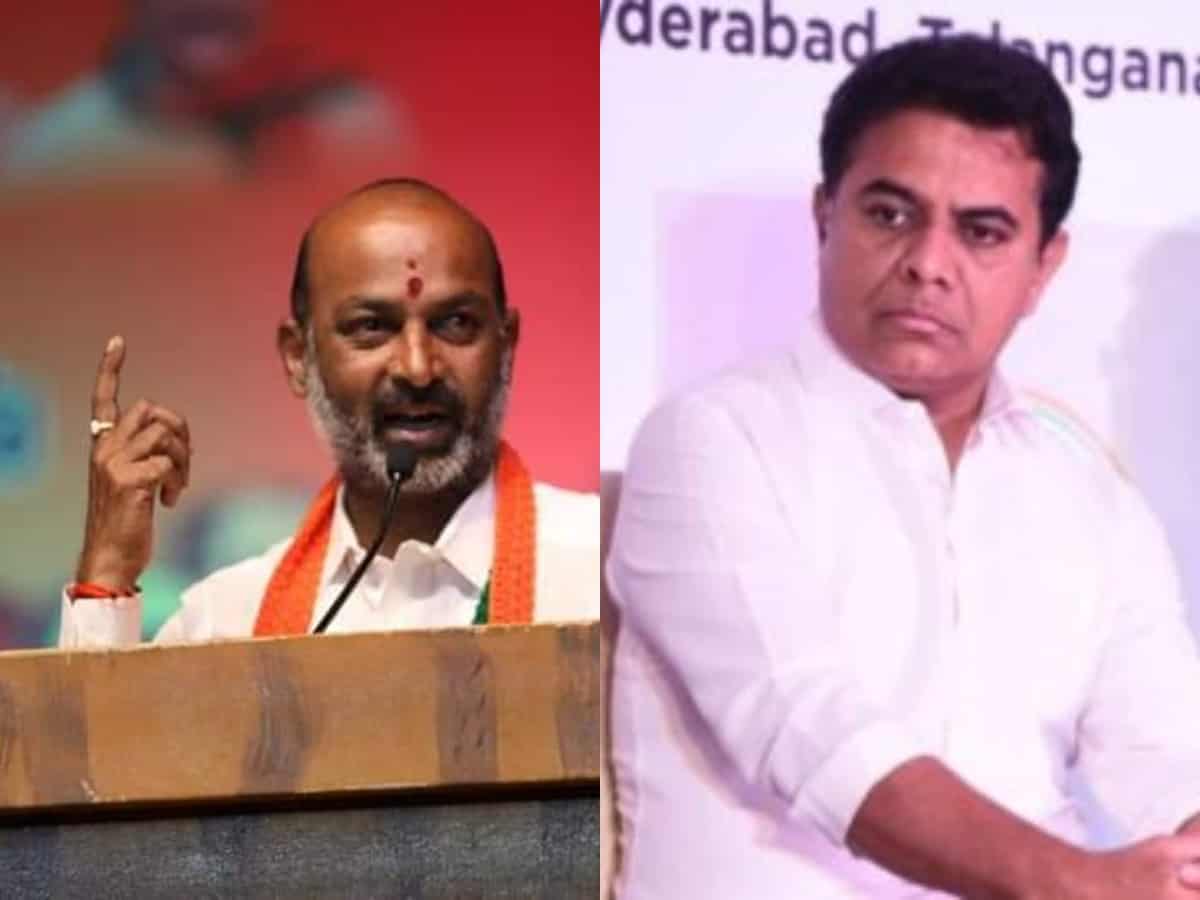 Bandi Sanjay said, “Crown Prince of TRS seems frustrated that Nizam’s or Kasim Razvi’s picture wasn’t displayed there.” calling the TRS party the “Daaru-Darussalam Nexus,” he said that Alluri Sitarama Raju fought for Tribals unlike TRS’ “Razakar friends” who killed their own people of Telangana.

“BJP was committed to the creation of Telangana State even before the TRS Party was formed,” Sanjay said.

“The side effects of being coached at WhatsApp university,” taunted KTR while reacting to Union Home Minister Amit Shah’s speech at a program organised by the culture department in Delhi on Thursday on Telangana state formation day.

People of Telangana will soon revolt against KCR: Bandi Sanjay

During his speech, Amit Shah mentioned the name of Alluri, who hailed from the Andhra region, along with the freedom fighters from Telangana. Paintings of Alluri were also displayed at the meeting organised in the national capital by the Union Minister for tourism and culture G Kishan Reddy.

“BJP is a party that has no history of democratic struggle; neither in India’s freedom nor in Telangana formation,” wrote KTR.