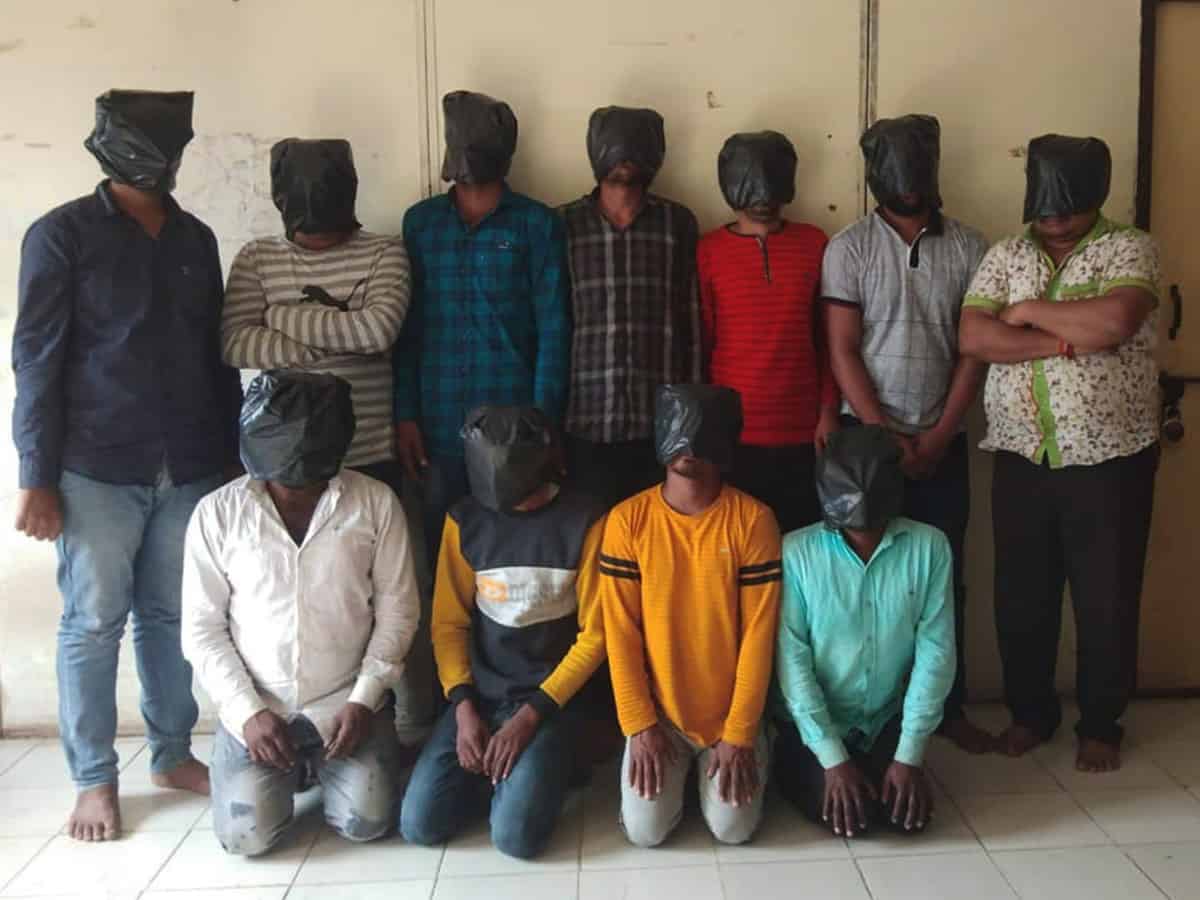 Hyderabad: Sleuths of Cyberabad Police on wee hours of Tuesday night apprehended 11 dacoits including natives of Rajasthan and Uttar Pradesh for committing a series of thefts. Police said it recovered of Rs 55 lakh worth stolen goods and firearms from them.

On 10 January, the police received a complaint from Rangappagari Kumar Goud (22), who is a security guard at Praneeth Pranav Villas in Mallampet.  He informed the police that four to five people barged in the building, caught hold of him and went inside the storeroom and robbed power supply current wire bundles worth Rs. 24 Lakh.

The gang was caught near Dundigal toll gate road by the police, during a vehicle check and an amount of Rs. 9.5 lakh, one pistol with three bullet rounds, one car and 11 mobile phones were all seized.

On interrogation, the accused persons confessed to police that they have committed robbery and property offences using weapons

Speaking at the press conference, Cyberabad Police Commissioner VC Sajjanar, said, “All 11 members of the gang are electricians who hail from Rajasthan and Uttar Pradesh. They came to Hyderabad in 2019 for work purposes and started stealing electrical material from their work and selling the same to various dealers in the city.”