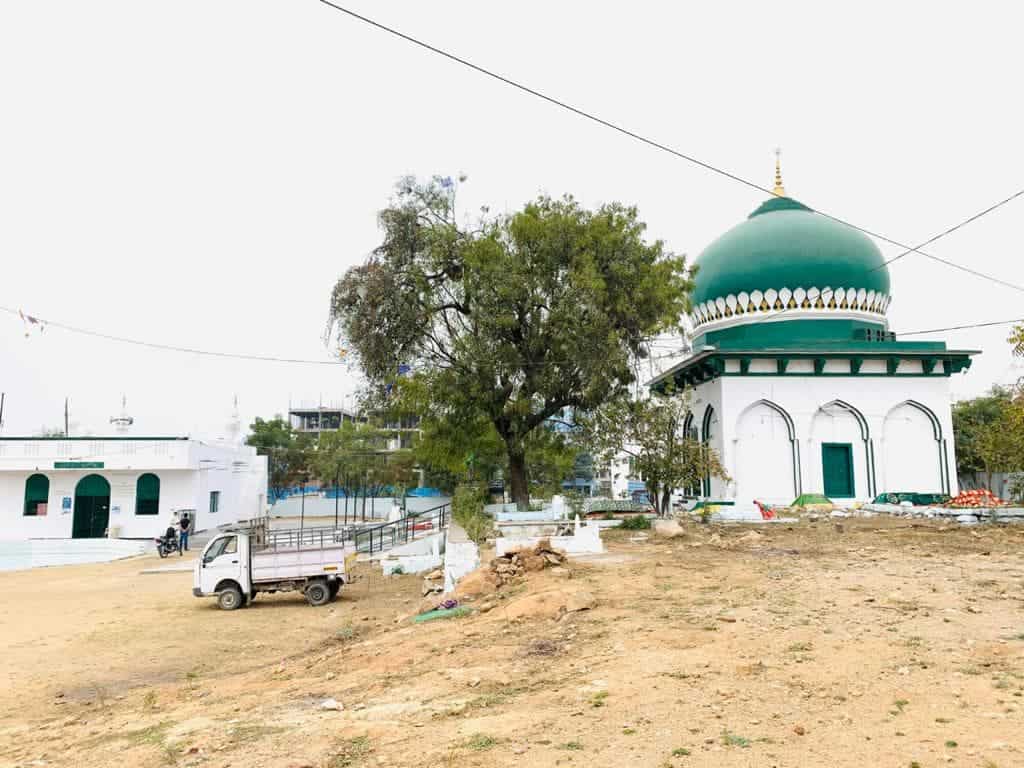 Hyderabad: Noticing the increasing value of the real estate in the outskirts of the city,land mafia has occupied Waqf land measuring hundreds of acres through illegal pattas at Neknampur village.

Neknampur village is present behind the Golconda Fort, which was created during the Qutub Shahi period and named after the commander Neknam Khan.

The land is under the premises of 400-year-old Darga Hazarat Syed Asad Ullah Shah Quadri Shaheeh being managed by the Telangana State Waqf Board (TSWB). Though several representations submitted to the state authorities by the Mutawalli (caretaker) and petitions have been filed in the high court, he alleges that the land sharks are continuously taking over the Dargah’s land.

Syed Sultan Mohiuddin Shah Quadri Soofiyani, Mutawalli of the Dargah, alleged that since 2005 the private developers had been encroaching the land here in Neknampur. “Nearly 10 to 15 acres of land has already been encroached by them, yet no legal action has been taken against the occupants of Waqf property,” they said.

Earlier, it was around 15 acres but right now only two acres of land has been left over in front of the Dargah.

On arrival to the Dargah, it was mentioned by the locals that recently the land developers have allegedly installed blue sheets behind the Dargah and started digging a bore well for the water connection. When this came into the light of the caretaker, he lodged a complaint with revenue officials and they had stalled the works.

Further, Mr. Mohiuddin said, “I have been requesting, giving representation letters to the state authorities right from the Chief Minister to the Telangana State Waqf Board. Though the Waqf official conducted inspection several times, they did not take legal action against the encroachers.”

Mohiuddin demanded the authorities to immediately take action against these people in land mafia who have almost taken over the Waqf properties by showing the illegal fake documents. “The prime land belongs to the Dargah which needs to be protected,” demanded Mohiuddin.