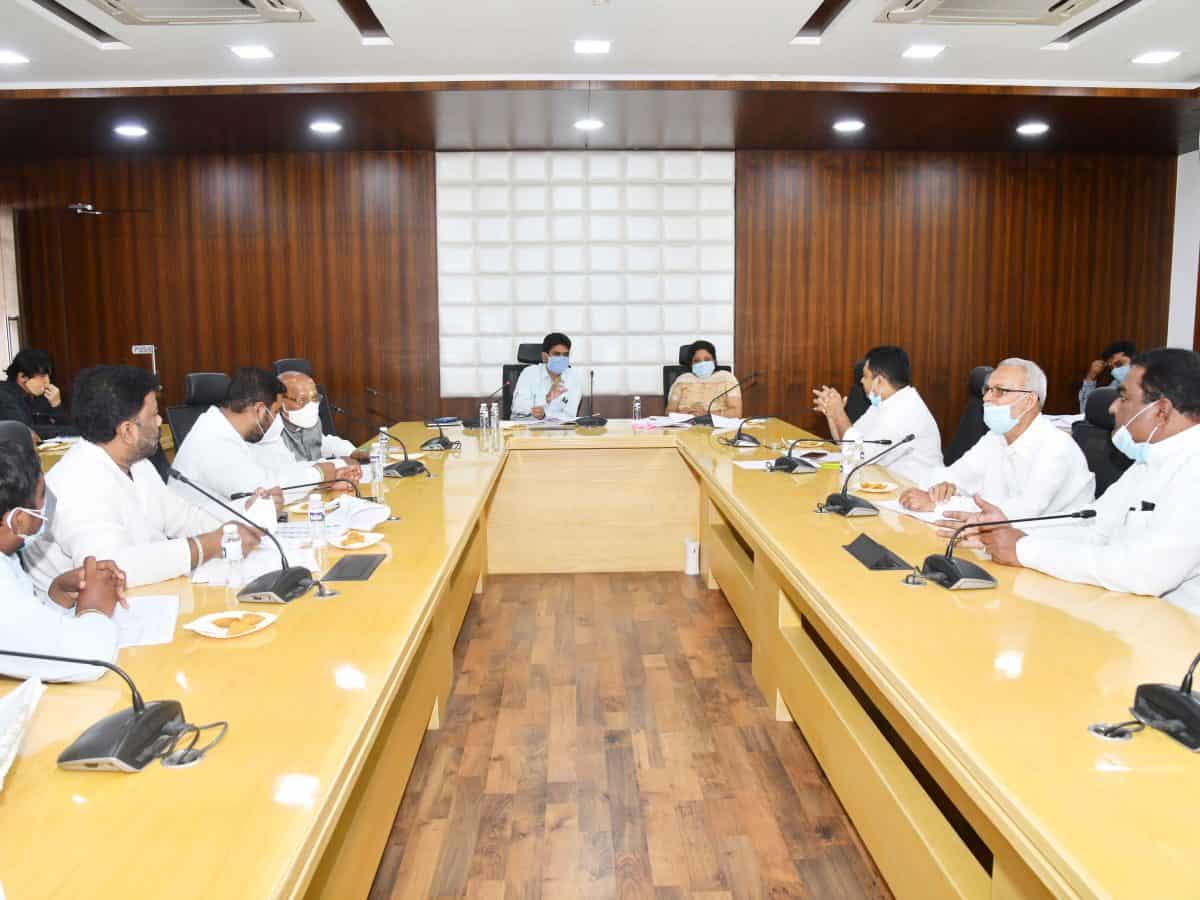 Hyderabad: The Election Commission of India (ECI) has issued instructions for rationalization of polling stations under pre-revision activities in connection with Special Summary Revision of Electoral Rolls, 2022.

The Electoral Registration Officers (ERO) of (15) Assembly Constituencies of Hyderabad district have submitted proposals after conducting the Assembly Constituency Level Political Parties meeting on September 25, 2021 and after receiving their objections and suggestions.

On September 29, the district-level political parties meeting was conducted by the District Election Officer & Commissioner GHMC  D.S. Lokesh Kumar IAS in GHMC Head Office and appraised them the instructions of the ECI,  proposals furnished by the EROs and requested them to furnish their written objections and suggestions if any by the evening of September 30 so as to examine them, take appropriate action as per the ECI guidelines and to submit Rationalization of Polling Station proposals to the CEO Office for approval.

After receipt of approval from the CEO/ECI, necessary changes will be incorporated and the Draft Electoral Rolls will be published on October 1, 2021.