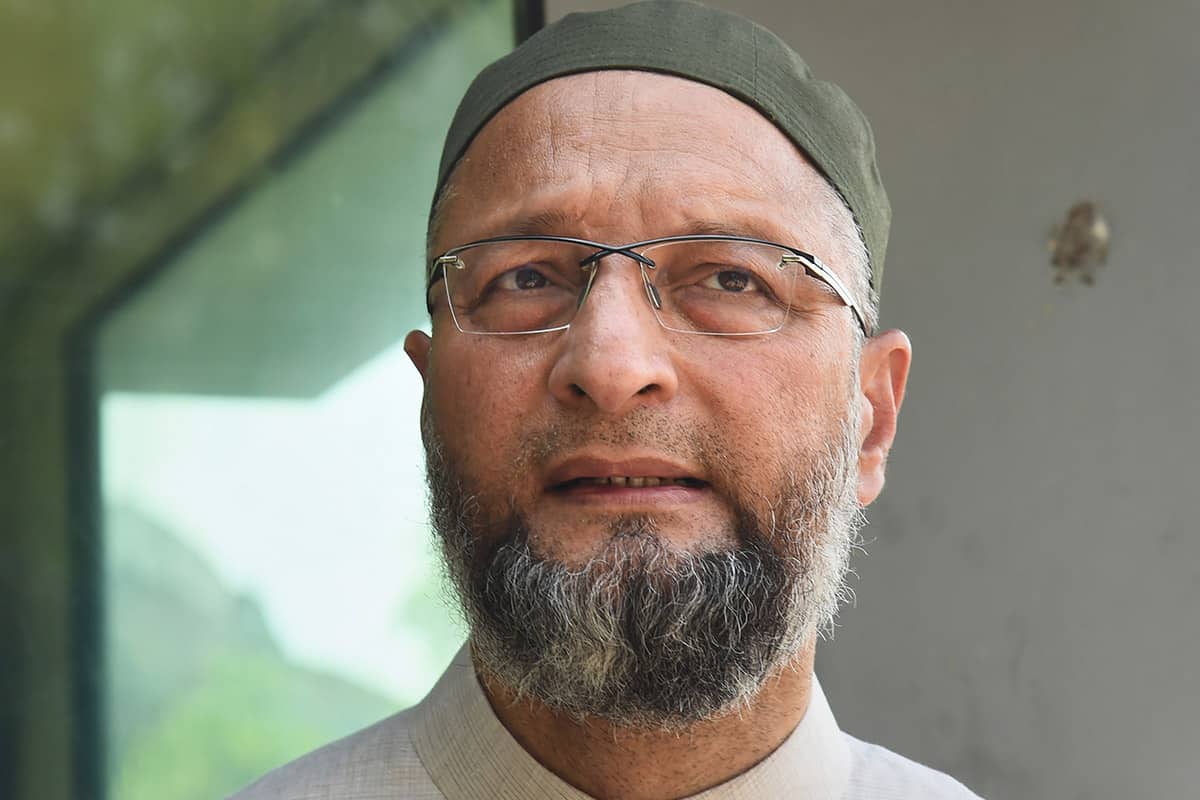 Hyderabad: AIMIM President and Hyderabad MP Asaduddin Owaisi on Thursday called BJP’s actions ‘desperate’ with respect to the rise in tensions due to the insulting comments made by now suspended BJP MLA T Raja Singh against Prophet Muhammad.

“If this is how desperate BJP is for one bypoll, what’ll it do in general elections? It wants to set the state on fire. It wants burnt homes, empty shops, closed schools & curfews. Inshallah, won’t let them succeed. Telangana will be mukt of violence as long as it’s mukt of BJP,” he tweeted on Thursday in English, Urdu, and Telugu.

The general secretary of All India Majlis Ittehadul-E-Muslimeen (AIMIM) on Wednesday wrote to the Telangana Legislative Assembly Speaker Pocharam Srinivas Reddy, demanding that BJP MLA from Goshamahal, Raja Singh, be expelled from the Assembly for his blasphemy against Prophet Muhammed.

“Raja Singh has repeatedly conducted himself in a manner that is unbecoming of a member of the house. His conduct has breached this House’s privileges, resulting in collective contempt,” wrote General Secretary Syed Ahmed Pasha Quadri.

The letter further stated that Raja Singh’s statement on Monday against Prophet Mohammed and Islam has caused immense hurt to the Muslims across India. “Singh has repeatedly incited violence and promoted enmity, hatred, and ill-will against Muslims. Thus he has also violated his oath to uphold the integrity of India,” it said.

“It is urged that your office initiate necessary expulsion proceeding against Raja Singh,” said AIMIM.

Previously, AIMIM president Asaduddin Owaisi condemning Singh’s statements said, “The BJP despises Muslims and the Prophet Muhammad. It appears to be the BJP’s stated policy. I detest the filth spewed by the BJP lawmakers. The voice tape must be forwarded to FSL, and an investigation must be conducted.”

“I condemn the comments made by BJP MLA. BJP is unable to see peace in Hyderabad. Is the BJP attempting to tear the nation’s social fabric?” he inquired.

Further, Owaisi said, “I also condemn the slogans (violent) that were raised by protestors and request people to not take the law into their hands.”

He continued slamming the BJP, saying, “The BJP’s explicit policy is to emotionally and medically harm Muslims. Is Nupur Sharma incarcerated? You are still providing her with police protection.”

He asked if Prime Minister Narendra Modi agreed with the now suspended BJP MLA’s comments and encouraged the state administration to take firm action on the matter.