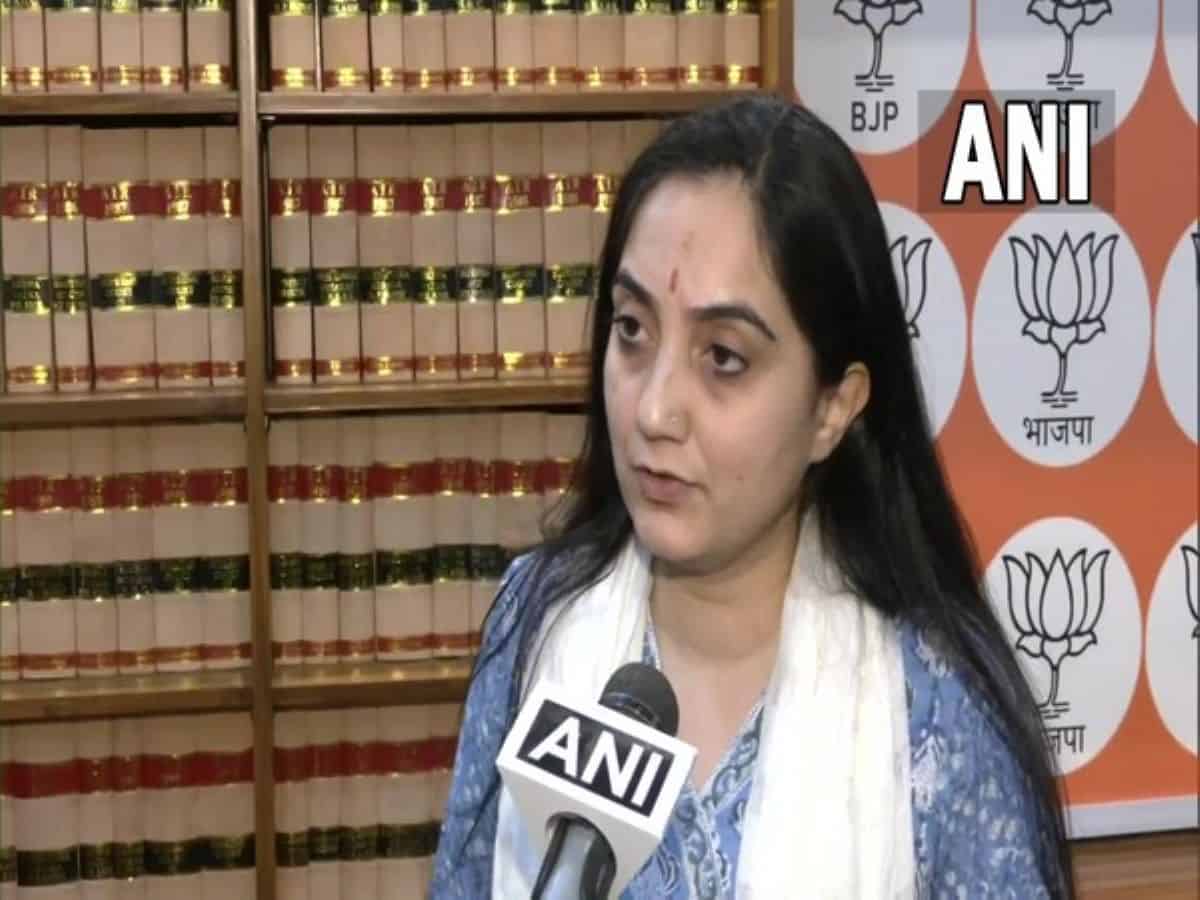 Hyderabad: A city-based practising High Court lawyer on Sunday petitioned the Chief Justice of India pleading him to pass directions to Telangana Government to expedite and fasten the process of arresting  Nupur Sharma forthwith for her alleged blasphemous statement against the Prophet Mohammed.

Khaja Aijazuddin, in his petition, pleaded that there is an ‘ineptitude’ in the functioning of the Government of India, various state governments and more particularly the state of Telangana in handling the issue pertaining to derogatory and inflammatory remarks made by the suspended spokesperson of the BJP, Nupur Sharma against the Prophet Mohammed on May 27, at a TV debate on Times Now Television Channel which aired across the world.

Nupur Sharma will be made big leader in coming time: Asaduddin Owaisi

“Nupur Sharma used abusive language against the Prophet Mohammed, which on the face insulted the feelings of more than 200 million Muslims in India and also billions of Muslims across the world,” the lawyer said.

“The Prophet Mohammed (PBUH) is the messenger of Islam and Muslims follow his teachings and principles. Any sort of indiscipline or derogatory words against the Prophet hurt the feelings of the Muslims and also it amounts to penal action as per the Indian laws,” he further said.

The lawyer further contended that adhering to the “Rule of Law”, it is incumbent on the part of the respective governments to see that the offenders involved in the nature of any crime, more particularly the crime committed in the instant case where the entire atmosphere of India is in communal tension.

“Though, Hyderabad City Police, registered a criminal case against  Nupur Sharma at Cyber Crime Police Station, in Crime /FIR No. 959/2022, on May 30, under IPC sections 153(A), 504, 505(2), & 506. Since the date of registration FIR, till date, the Hyderabad City Police failed to proceed further for arresting the accused Nupur Sharma which is very much essential in maintaining the communal harmony in India or to say no attempts were made by the Hyderabad City Police and finally to say the FIR is kept in cold storage without proceeding in accordance with the law,” the lawyer said in his petition.

Khaja Aiajzuddin pleaded with the Chief Justice of India, to expedite and fasten the process of arresting Nupur Sharma forthwith, investigate thoroughly and file the charge sheet and seek her conviction before the Competent Court of Law or appoint a Special Court for seeking trial in time bound manner, and pass orders in this regard.

“The CJ’s intervention will save India`s image across the world and will maintain communal harmony across India,” he said.