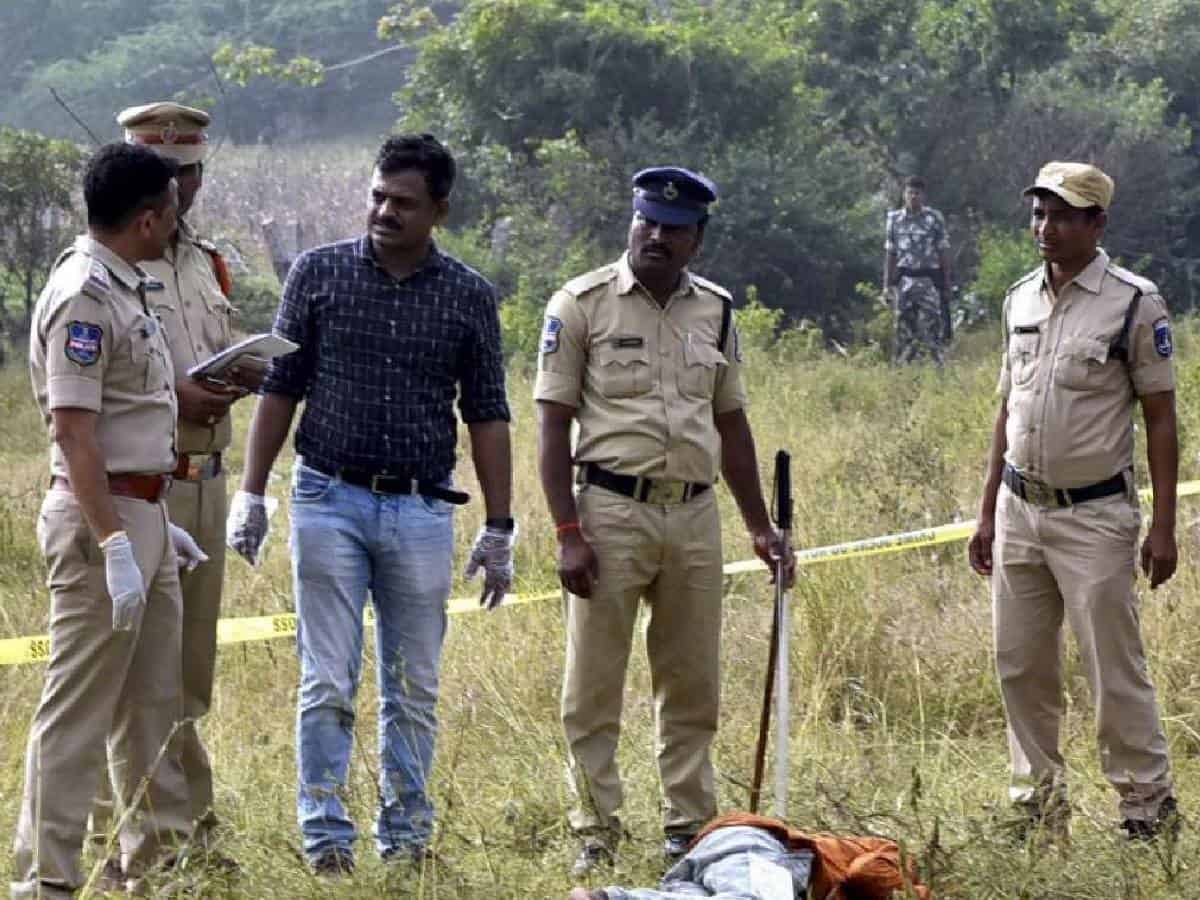 Hyderabad: The then sub-inspector who was involved in the alleged encounter of the accused in the Disha rape-murder case remarked before the Supreme court appointed Commission that he was under duress from the NCRB officials and could not understand Hindi when he was being questioned by them.

“I don’t know Hindi. I come from a place that is on the border of Andhra Pradesh and ours is the only Muslim family there,” said Madhar.

Upon being questioned by the member of the commission and former director of CBI, DR Karthikeyan, Inspector Madhar stated that he was unaware as to why the Supreme Court had constituted the inquiry commission with regards to the encounter.

The inquiry commission grilled Madhar for a second straight day and questioned him regarding the formation of the team when they took the accused to Chatannapally in order to recover Disha’s belongings. Furthermore, he was asked whether he aimed at the targets and how many rounds had he fired on the offenders. The commission also sought answers as to why he chose AK-47 and how many rounds were fired from his AK-17.

In response to the questions, the inspector said that AK-47 was the only weapon remaining at the Bell of arms after five other members of the encounter team had grabbed all other weapons. Madhar further stated that as they were getting instructions from then Shadnagar ACP Vasam Surender, the accused snatched the police weapons and started to open fire on the officials.

“I kept the selector switch in a single position and opened fire in the air. Upon receiving further orders from the officer, I fired towards the direction of the sound by taking cover of the 2.5-foot bund, adding that 18 rounds were fired from the AK-47.”

According to The Hindu, the inspector stated that his statement was wrongly recorded and ‘under pressure and threat’ from the NHRC officials he had signed on the statement. The panel was shocked to know that the officer doesn’t understand Hindi.

Later on Thursday, head constable Mohammed Sirajuddin, who is said to have open fire on the offenders was also questioned by the commission regarding the same. Both the officers stated that they had opened fire on the orders of ACP Surendar to protect the police party and panchas from indiscriminate firing from the accused.