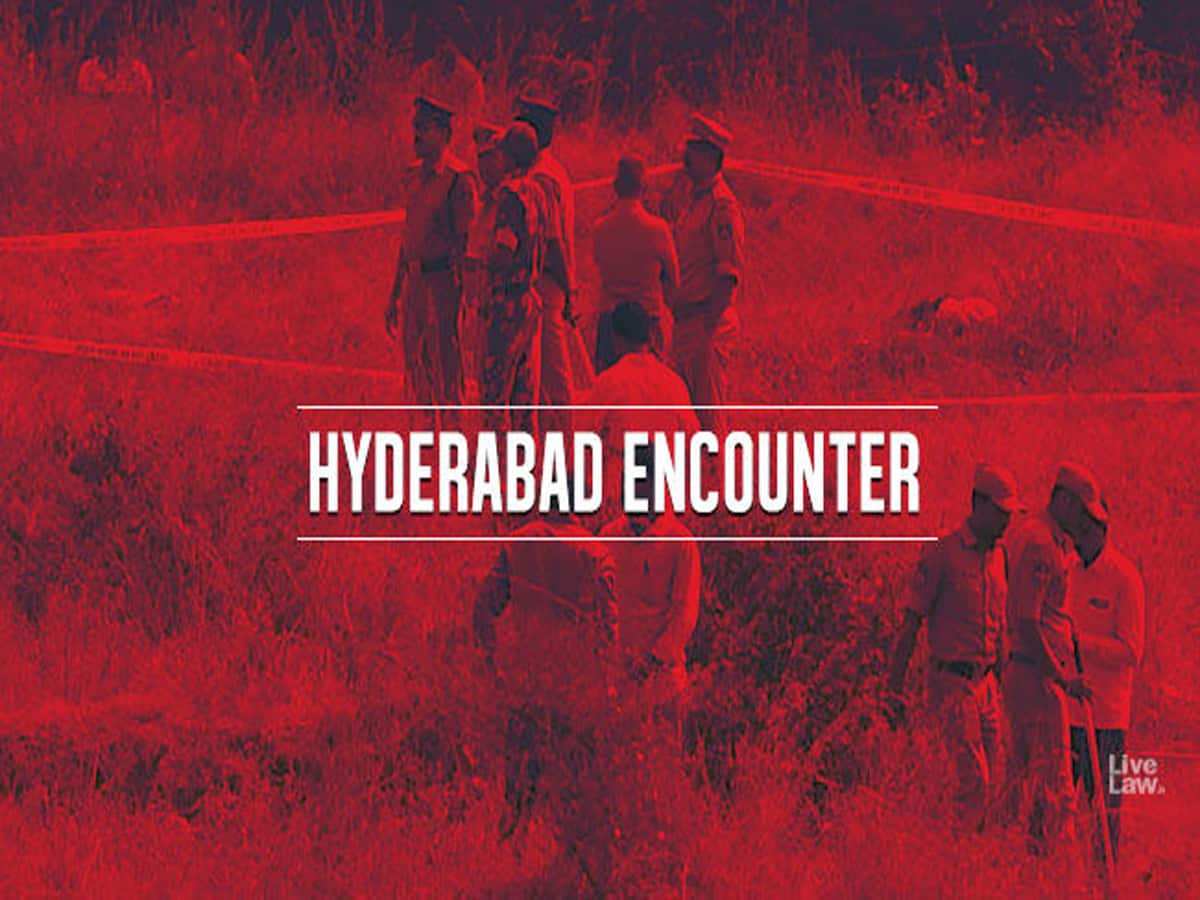 Hyderabad: A Supreme Court-appointed Justice Sirpurkar commission on Friday said that the police encounter of the accused in the 2019 sensational gang rape and murder of a woman in Hyderabad was concocted.

The three-member panel, led by an ex-judge of the Supreme Court submitted that the three of the four rape and murder suspects killed in the encounter were minors. In its report to the Supreme Court, the panel recommended that the accused police officers be tried for murder.

The Commission said that the entire version of the police party is “concocted” and therefore is unbelievable.

“After considering the entire material on record, we conclude that the deceased have not committed any offence in connection with the incident on 06.12.2019, like snatching the weapons, attempt to escape from the custody, assaulting and firing at the police party”.

According to the commission, once the accused escaped and started running, as alleged, it would be highly improbable that they would fire towards the police party while running as they would either run away or stand and fire at the police party.

According to the Commission, contrary to what was claimed by the police, the deceased suspects could not have fired pistols and in fact did not fire the pistols.

The Commission has observed that even if the accused could operate the firearms, their aim would only be to escape and they would not stand and enter into an exchange of fire with the police.

Therefore, it has to be held that the deceased suspects could not have fired and run away simultaneously, the commission has said.

With regard to the State of Telangana’s contention that all directions given by the Supreme Court in PUCL v. State of Maharashtra, with respect to encounter killings have been followed, the Commission has opined that the judgment has been followed in breach, and at best, there is only symbolic compliance.

Violation Of Constitutional & Statutory Rights Of Deceased: The Commission has stated constitutional and statutory rights of the deceased suspects at the time of their arrest and remand to judicial and police custody appear to have been violated.

The Commission has pointed out the following instances of violation of provisions of Code of Criminal Procedure, the NHRC Guidelines on arrest, the Telangana Police Manual and several Supreme Court judgments:

The Commission has also stated that the statutory provisions required to be complied with at the time of the remand to judicial custody of the deceased suspects had been violated.

Further, irregularities pertaining to the conduct of medical examination of the deceased and serious violations of law at the time of granting police custody by the Judicial Magistrate have also been found.

In November 2019, a 26-year-old veterinary doctor was raped and murdered in Shamshabad, near Hyderabad, causing nationwide outrage.

The subsequent killing of the four accused while they were in police custody was dubbed the ‘Disha encounter.’ Police gave the rape and murder victim the name Disha to protect her identity. She was a veterinary assistant surgeon at a state-run hospital when the four men attacked her one night.

The four men had raped and suffocated the woman to death before loading her body into a truck and burning it beneath a bridge later that night. As the incident sparked widespread outrage, Telangana police were under pressure to deliver punishment as soon as possible on the basis of a speedy court trial.

Although many saw the ‘Disha encounter’ as an example of extrajudicial execution, thousands across the country celebrated the swift justice’ in the form of the accused’s death.

The Supreme Court-appointed the Justice Sirpurkar Commission to investigate allegations of extrajudicial killings by the Cyberabad Police.